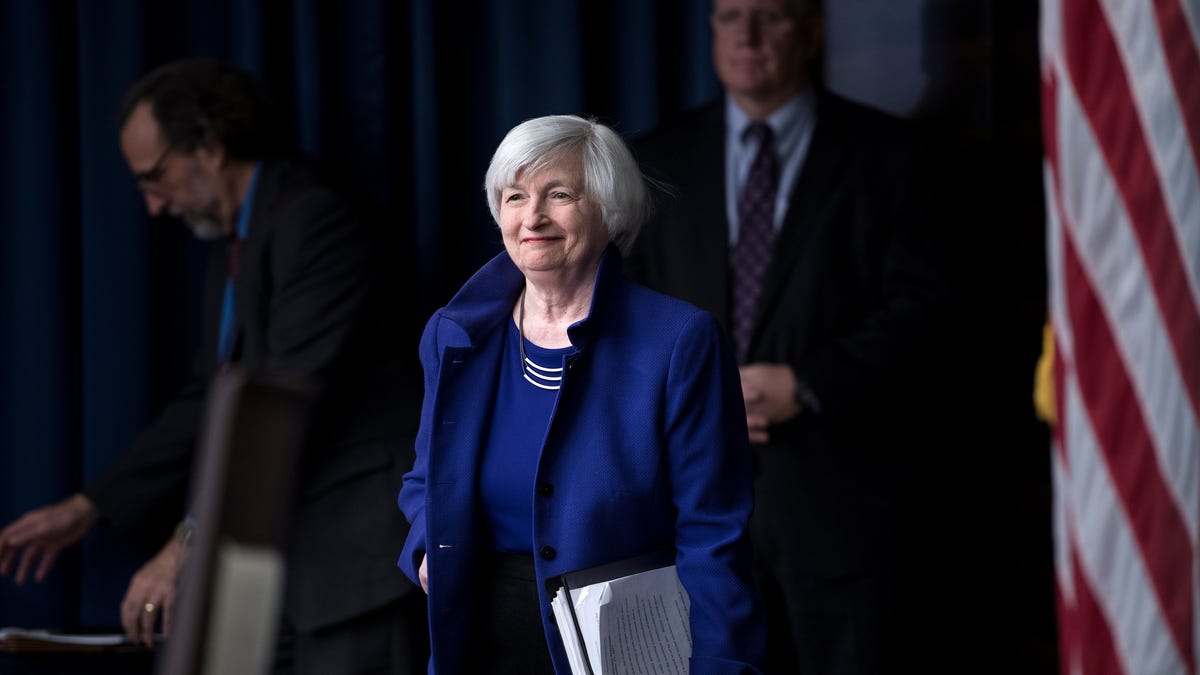 | USA TODAY
Yellen tells Congress to expect more rate hikesFederal Reserve Chair Janet Yellen told Congress on Wednesday that the central bank expects to keep raising a key interest rate at a gradual pace and also plans to start trimming its massive bond holdings this year. (July 12)In a Washington, D.C., bitterly divided over everything from the size of the next COVID-19 relief package to broader tax and spending policies, former Federal Reserve Chair Janet Yellen, President-elect Joe Biden’s nominee for Treasury Secretary, may be just the balm, experts say.“I think she’ll bring a little calm,” says Carl Tobias, a law professor at the University of Richmond and an expert on congressional politics.Yellen, the first woman to lead the Fed during her tenure from 2014 to 2018, brings a longstanding bias toward fighting unemployment, but also a reputation as a consensus builder who can bring together opposing factions.“She’s a moderate and a centrist,” says Jeffrey Bergstrand, a finance professor at the University of Notre Dame and a former Fed economist.More job losses?: Winter is coming, and millions may lose their jobs in restaurants and hospitalityYouTube kills the car manual: Is the car owner’s manual history? 2021 Ford F-150 ditches traditional paper copyYellen, 74, who also would be the first woman to head Treasury, faces a maelstrom of challenges, assuming she’s confirmed by the Senate. The recovery from the pandemic-induced recession is slowing and the outbreak is surging across the U.S.Congress, meanwhile, remains in a monthslong deadlock over another stimulus measure to aid unemployed Americans, struggling small businesses and financially stressed states and cities.With extended unemployment benefits, an eviction moratorium and other federal assistance set to expire in December, the Democratic-controlled House has passed a $2.2 trillion relief measure while the Republican Senate favors a $650 billion bill. Assuming Congress doesn’t pass legislation by January, Yellen will be at the forefront of the effort to bridge the gap.Over the longer term, she’ll help push Biden’s plan to spend trillions to upgrade the nation’s infrastructure, build a clean energy economy and provide tuition-free community college, among other bold spending proposals. Biden also wants to raise taxes on corporations and individuals earning more than $400,000She’ll also be Biden’s point person on the budget and a deficit that has tripled to a record $3.1 trillion this year due to the government’s earlier stimulus rounds in response to the health crisis and related business shutdowns that led to the recession.While Yellen has voiced concerns about the deficit, she has indicated that with borrowing costs at a historic low’s and the financial toll on households piling up, now isn’t the time to curtail spending.“Even under current conditions, I think we can afford to increase federal spending or cut taxes to stimulate the economy if there’s a downturn,” Yellen said in January at the American Economic Association annual meeting.Although Yellen is a consensus builder, she’ll be thrust into the unfamiliar role of making her case to recalcitrant lawmakers. Senate control next year hangs on two Georgia races in January but the chamber will be roughly evenly split regardless of the outcome, with neither party holding a filibuster-proof majority.“Treasury secretary is much more political” than the Fed, Bergstrand says. How will she fare in that lion’s den?“That’s the big unknown,” says Alan Blinder, a Princeton University economist who served with Yellen on the Fed’s board in the 1990s. Few question Yellen’s vast experience. She headed the Council of Economic Advisers during the Clinton administration, served as president of the San Francisco Federal Reserve Bank and was Fed vice chair before taking the agency’s reins.While growing up in a working-class neighborhood in Brooklyn, New York, she was made keenly aware of the ravages of unemployment by her father, a doctor, and mother, an elementary school teacher, both of whom lived through the Great Depression. She took to economics in school and decided to deploy that knowledge to help the less fortunate.“These are not just statistics to me,” Yellen said in a 2013 speech about extended spells of joblessness. “We know that long-term unemployment is devastating to workers and their families.”Yellen, who graduated summa cum laude from Brown University and earned a doctorate in economics from Yale University, also can be prescient. In 2007, Yellen was the only Fed policymaker to foresee the risks to the economy posed by the worsening housing market and sounded a warning at a June Fed meeting.During two stints at the Fed, Yellen was considered one of the agency’s more “dovish,” or pro-growth policymakers – meaning she often was more focused on keeping interest rates low to stimulate growth than on raising rates to ward off a spike in inflation.But she has argued both for lowering and raising rates – even if it meant taking on legendary, often-intimidating Chairman Alan Greenspan. In July 1996, when Greenspan argued for trying to push inflation to zero, Yellen disagreed, saying some inflation helps to lower unemployment.Later that year, Yellen began to worry about inflation. Meticulously prepared, as usual, she and another board member went to Greenspan’s office and unsuccessfully made a case for raising interest rates to head off sharply rising prices.“She takes the other person’s viewpoint seriously and marshals arguments on the other side without being sharp-edged about it,” Blinder said in a previous interview.And as the economy improved after the Great Recession of 2007-09, Yellen spearheaded a series of very gradual rate increases from late 2015 to late 2017, bringing the Fed’s key rate from near zero to a range of 1.25% to 1.5% – a campaign that drew criticism as premature during a painfully slow recovery.Brian Gardner, chief Washington policy strategist at Stifel, says Yellen may need to adapt to her new role.“She has not been a salesperson” or found herself in the thick of partisan politics, Gardner wrote in a note to clients. “That is not something she has been heavily involved with previously.”Blinder says he’s not overly concerned.“If I were betting, I’d bet with her,” he says.

Smart speakers: Is it Alexa, Google or Apple for you? Here’s what you need to know to decide
What if Zoom crashes on Thanksgiving? These video meeting choices can save your virtual family gathering
To Top
error: Content is protected !!
Top