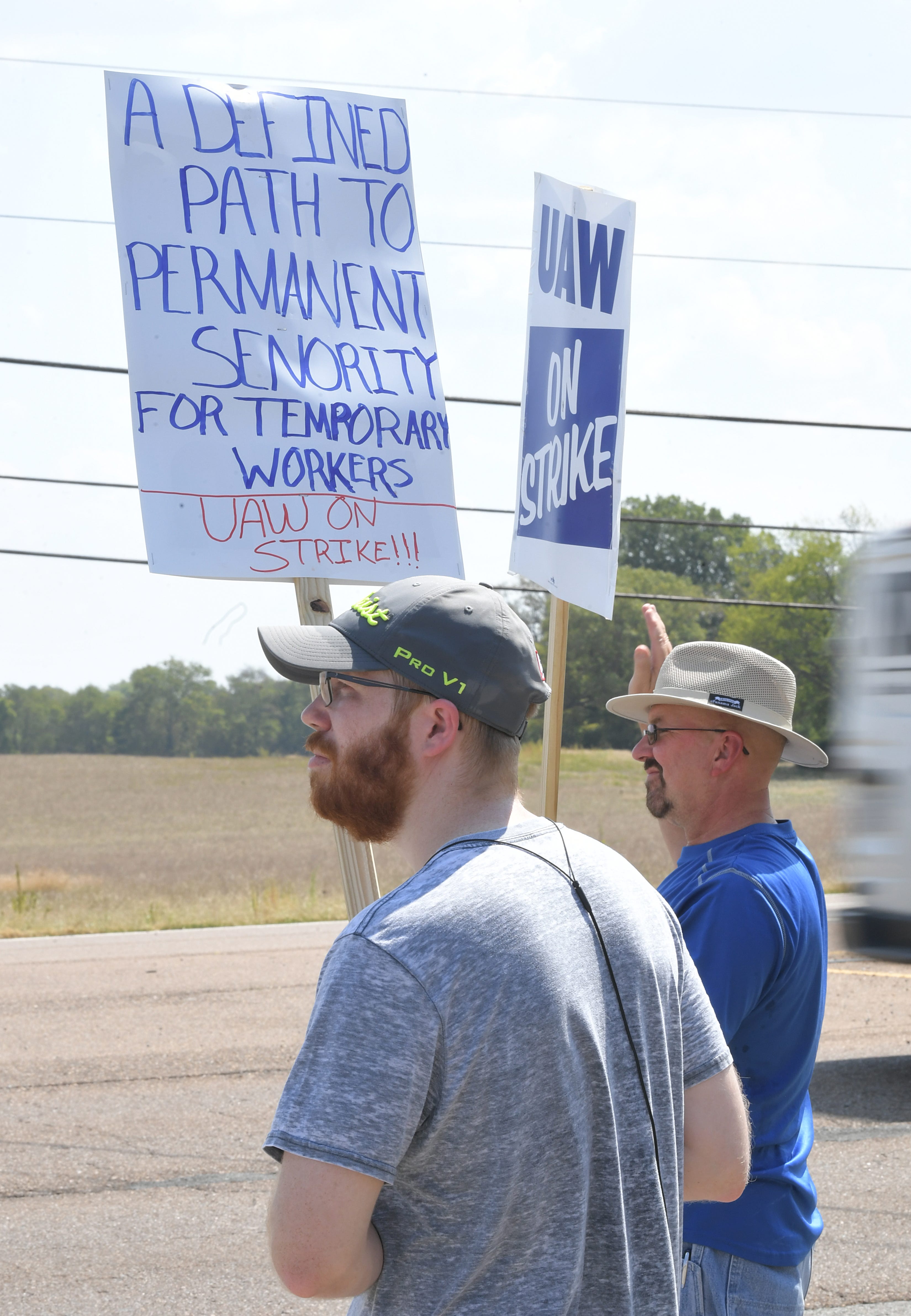 A court in Tennessee has granted General Motors’ request to prevent UAW picketers from blocking the entrance to its Spring Hill Assembly plant.

The order, which was signed Sunday and is in effect until Oct. 8, follows several arrests at the plant since GM’s 46,000 UAW workers went on strike a week ago.

The plant’s 3,300 workers make the Cadillac XT5 and XT6 and GMC Acadia.

“We recognize the right of our employees to engage in lawful protests during the strike, but the safety and security of the public and our employees are our highest priority,” GM said in a statement about the order. “After dialogue failed to stop the incidents of harassment, violence and vandalism by a few people, we had to take necessary actions to protect everyone involved.”

The order bars the UAW and its members from blocking entrances, detaining vehicles, creating obstructions on roadways or “assaulting, intimidating, falsely imprisoning, harassing or destroying the property of GM employees” and others at the plant.

GM strike: Some UAW leaders prepare for a long strike as negotiations with GM continue

Can I still find the car I want?: How UAW’s GM strike will affect availability of vehicles

“UAW members, their families, friends and neighbors are peacefully exercising their right to picket in support of the union’s strike for better wages, quality affordable health care and job security,” the UAW said in its statement. “We are committed to conducting all strike-related activities safely and lawfully. And we will continue to work with law enforcement as issues arise.”

Tensions at various GM plants have been high since the union declared a nationwide strike Sept. 15, but Spring Hill has seen the most controversy.

Maury County sheriff’s deputies arrested nine protesters on Sept. 18 when they refused to stop blocking the south entrance to the plant. A 10th arrest came when someone drove recklessly through plant’s entrance, sheriff’s officials said.

News reports said the picketers had been asked by law enforcement to move when they blocked an entrance to the plant. Spring Hill Local 1853 Bargaining Chairman Mike Herron said, “They weren’t aggressive; they were just going ahead and making a point.”

Another arrest occurred Friday, according to a Maury County Sheriff’s Department incident report.

In that incident, a woman made a wrong turn and ended up in front of the plant. Picketers “stopped her car to speak about the strike,” the police report said. The officer wrote that his dash-cam video showed a picketer, who was later arrested, hitting the woman’s car with a wooden sign. The report also said the woman’s vehicle had a damaged side window and shattered windshield.

In seeking the order, GM said “a minority of protesters have pursued a course of unlawful conduct.”

In an affidavit, Spring Hill facility area manager Michael Rayburn said he had seen “picketers standing in and blocking all four lanes of the parkway near the south entrance,” which restricted access to the plant and to a child care center operated by a third party company on the grounds.

He noted that about 100 nonunion workers are performing “facility readiness” work, and that about 1,000 assembled vehicles are at the plant “that have been ordered by customers and which GM is in the process of having shipped from the facility via commercial car haulers.”

Even though Teamsters are honoring the UAW picket lines, non-Teamster drivers are moving vehicles from GM factories.

“In one instance, a nonstriking GM employee was detained by protesters and threatened with physical violence,” Rayburn’s affidavit said.

Lamar said on many occasions since the strike started he had “personally observed” picketers using “intimidation, harassment and threats of violence” against people trying to enter the facility. He said in one instance screws were intentionally placed on the road – an allegation the union denied last week.

Treasury: We are not being ‘reckless’ with bailouts