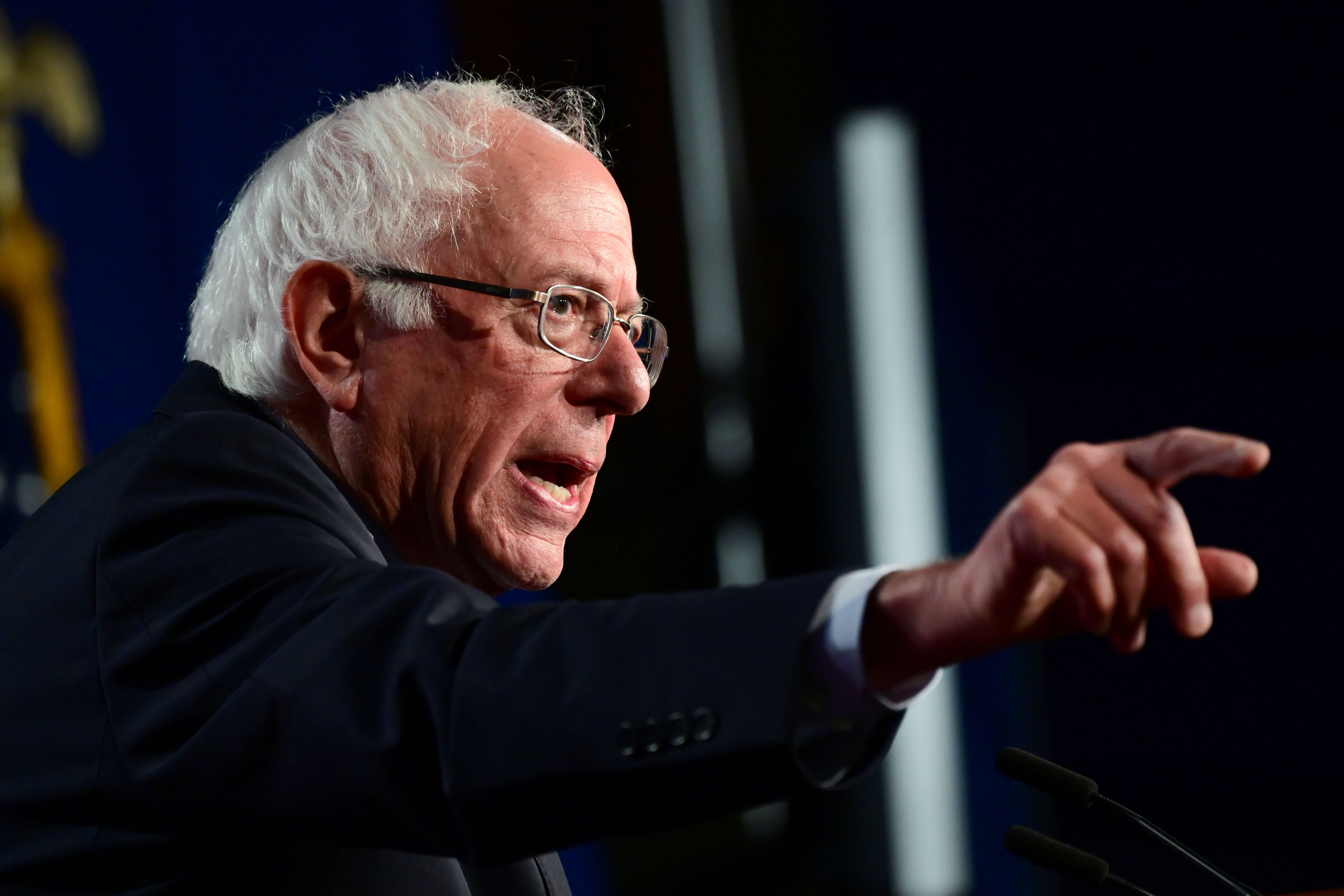 Senator Bernie Sanders wrote in an op-ed on Monday that as president he would appoint law enforcement officials and regulators to clamp down on Facebook and Google and keep them from exercising too much control over the media industry.

In the piece for the Columbia Journalism Review, the Vermont Democrat wrote that he would name an Attorney General and officials to the Federal Trade Commission “who more stringently enforce antitrust laws against tech giants like Facebook and Google, to prevent them from using their enormous market power to cannibalize, bilk and defund news organizations.”

Sanders, who’s currently among the leaders in the Democratic field, proposed increased funding for programs that support news gathering for independent local public media. He said the country should explore taxing targeted ads and using that money “to fund nonprofit civic-minded media.”

It’s the senator’s latest attack on the power of Big Tech, an issue that he and other Democratic contenders, including Sen. Elizabeth Warren, are bringing up with regularity on the campaign trail.

Sanders recently suggested that reporters at The Washington Post are critical of him because the organization is owned by Amazon CEO Jeff Bezos. Sanders frequently calls out Amazon for paying “nothing” in taxes while being one of the country’s most valuable companies by market cap. He later walked back his comments on the Post slightly, telling CNN, “Do I think Jeff Bezos is on the phone, telling the editor of The Washington Post what to do? Absolutely not. It doesn’t work that way.”

Following those comments, Post editor Marty Baron said, “Contrary to the conspiracy theory the senator seems to favor, Jeff Bezos allows our newsroom to operate with full independence, as our reporters and editors can attest.”

In Monday’s op-ed, Sanders again referenced the Post as well as Disney properties like ABC saying, “news outlets owned by Disney and Jeff Bezos may happily tout Disney films and Bezos’s plans for space exploration, but we cannot count on them to consistently and aggressively cover workers’ fight for better wages at Disney- or Bezos-controlled companies. “

Sanders says he’s aligning alongside at least part of the media industry.

“One reason we do not have enough real journalism in America right now is because many outlets are being gutted by the same forces of greed that are pillaging our economy,” Sanders wrote. He said Facebook and Google “have used monopolistic control to siphon off advertising revenues from news organizations.”

In addition to greater competition oversight for tech, Sanders said he would not approve large corporate media mergers like that of CBS and Viacom, which finally reached a deal earlier this month. Sanders said he would give greater protections to media employees by requiring major media companies to disclose whether significant layoffs of journalists would be involved in corporate transactions and mandating employees have the opportunity to obtain employee stock-ownership plans before any mergers.

“More than two centuries after the constitution was signed, we cannot sit by and allow corporations, billionaires and demagogues to destroy the Fourth Estate,” Sanders wrote. “Nor can we allow them to replace serious reporting with infotainment and propaganda.”

WATCH: Trump’s fight against ‘fake news’ has been a boon for media companies

Disney+ to include 4K, HDR and Dolby Atmos audio
US and France have reached a deal on digital tax, Macron says
To Top
error: Content is protected !!
Top