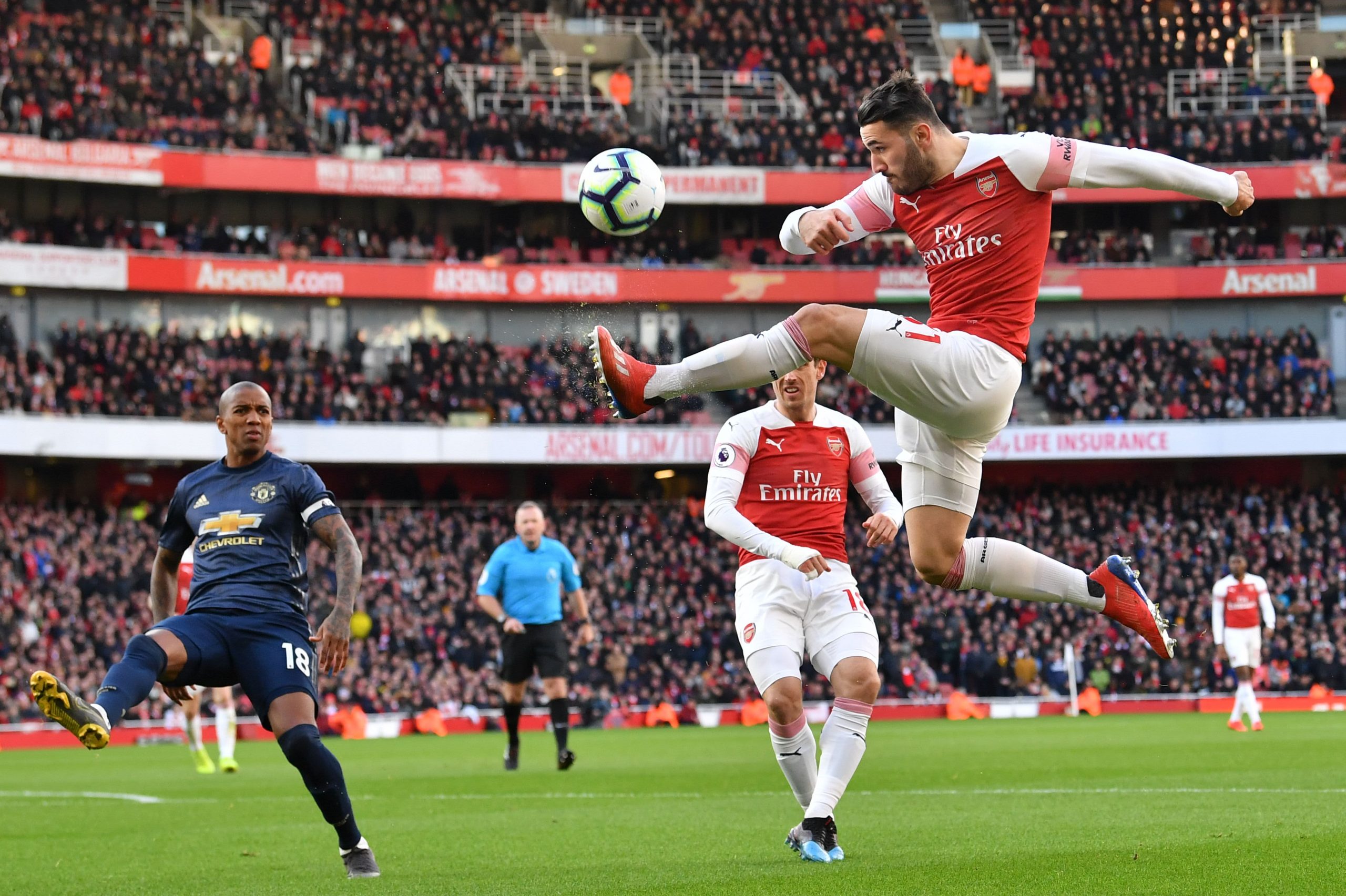 Arsenal’s German-born Bosnian defender Sead Kolasinac (R) plays the ball during the English Premier League football match between Arsenal and Manchester United at the Emirates Stadium in London on March 10, 2019.Ben Stansall | AFP | Getty ImagesLONDON – The world’s biggest social media platforms are being boycotted by British sports teams, athletes and leading sports bodies over a lack of action regarding online abuse.Facebook, Instagram and Twitter will be shunned from 3:00 p.m. London time on Friday to 11:59 p.m. on Monday.The boycott — embraced by sports including soccer, rugby and cricket — comes as the U.S. tech giants continue to face criticism for failing to remove racist and sexist abuse that gets posted on their platforms.Facebook, which owns Instagram, and Twitter said that racism and other forms of abuse have no place on their platforms.Anti-discrimination organizations like Kick It Out and Show Racism the Red Card are involved in the boycott, as are sport’s governing bodies.Kick It Out said in September that there was a 42% increase in reports of discrimination in professional soccer last season, with the number of incidents rising from 313 to 446.Former World Cup winner and Arsenal’s record goal-scorer Thierry Henry, who removed himself from social media last month, hailed the boycott as a “start” in the battle against racism and discrimination.”(What) the world of English football is doing at the minute and what’s going to happen at the weekend, people ask me, ‘Is it enough, the weekend?'” he told CNN this week. “And I’m like, ‘it’s a start.’ You know, you can’t be too greedy from not having anything to that. It’s a start.”Watford Football Club captain Troy Deeney told the BBC on Friday that many athletes receive abusive messages online on a daily basis, while some people experience it hourly.  On Friday morning, Alex Scott, who played for Arsenal and England before moving into broadcasting, urged members of the public to get involved. “Join us and switch off too, as we collectively demand change,” she wrote on Twitter.Premier League Chief Executive Richard Masters said in a statement: “Racist behavior of any form is unacceptable and the appalling abuse we are seeing players receive on social media platforms cannot be allowed to continue.”He added: “The Premier League and our clubs stand alongside football in staging this boycott to highlight the urgent need for social media companies to do more in eliminating racial hatred. We will not stop challenging social media companies and want to see significant improvements in their policies and processes to tackle online discriminatory abuse on their platforms.”Fines of up to 10% of annual global turnoverAhead of the boycott, Manchester United wrote on Twitter: “Since September 2019, there has been a 350% increase in online abuse directed towards our players. We need change.” Separately, Everton Football Club said via Twitter: “Enough is enough” and used hashtags “#StopOnlineAbuse” and “NoRoomForRacism.”British Culture Secretary Oliver Dowden wrote in British newspapers this week that the social media firms will face “severe sanctions” if they fail to remove racist abuse. “We could see fines of up to ten per cent of annual global turnover,” he wrote. “For a company such as Facebook or YouTube, that could be billions.”Companies including Adidas, Barclays, Budweiser, Cazoo and betting app Smarkets, are taking part in the boycott, as are broadcasters including BT Sport and talkSPORT.It’s not the first time the social media companies have faced a backlash for failing to remove offensive content. Last year, more than 1,000 groups and companies took part in a boycott, hoping to pressure Facebook into taking more stringent steps to stop the spread of hate speech and misinformation on its platform. Participants included the likes of HP, Verizon, Coca-Cola, Diageo and Ben & Jerry’s.A Facebook spokesperson said it’s against the company’s policies to harass or discriminate against people on Facebook or Instagram.”We agree with and have already made progress on many of the players’ suggestions, including taking tougher action against people breaking our rules in DMs,” the spokesperson said in a statement shared with CNBC.”We also recently announced that, starting next week, we’ll provide new tools, based on consultation with footballers and anti-discrimination experts, to help prevent people seeing abusive messages from strangers. We continue to work with UK police on hate speech, and respond to valid legal requests for information, which can be essential for investigations. We’ll continue listening to feedback and keep fighting hate and racism on our platform.”Twitter said it has removed over 7,000 tweets in the U.K since Sept. 12 that were targeting the soccer conversation with violations of the Twitter Rules.”This represents roughly 0.02% of the overall football conversation in the U.K. and does not reflect the vast majority of people who engage in vibrant discussions about football on Twitter,” a spokesperson said.

Europe’s antitrust crackdown on Apple hints at what’s coming for the company in the U.S.
More than 60% of Instagram users have linked up to Facebook Messenger, exec says
To Top
error: Content is protected !!
Top