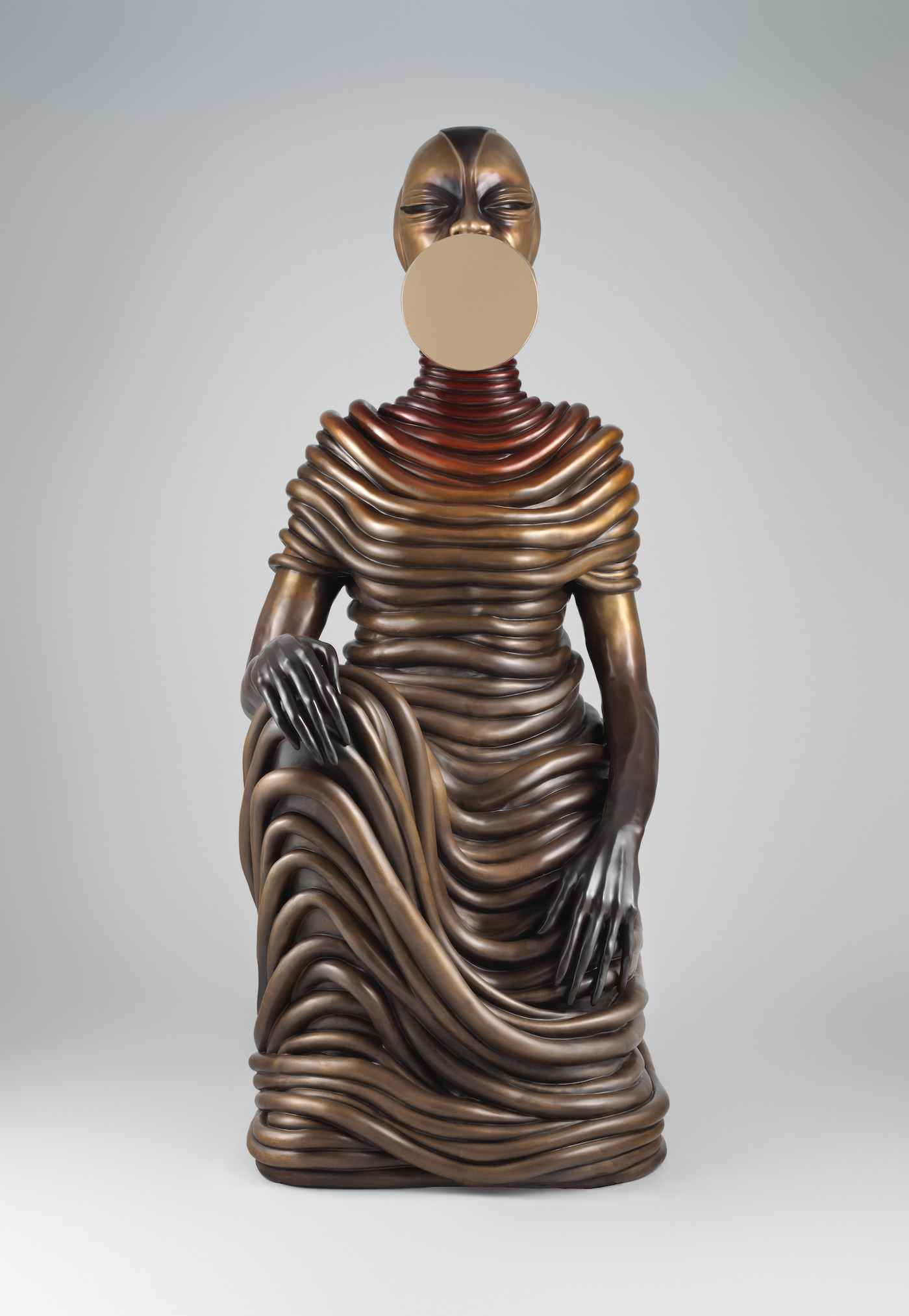 Kenyan-American artist Wangechi Mutu was commissioned by the Metropolitan Museum of Art to create four bronze sculptures of African women collectively titled “The NewOnes, will free Us.” The seated women are nearly 7 feet tall and each weigh more than 840 lbs. The sculptures are the first works of art to fill the niches of the museum’s Fifth Avenue facade since the building’s completion in 1902.

Mutu’s sculptures, individually titled The Seated I, II, III, and IV, are dressed in coiled garments and feature polished discs on different parts of their heads. This ornamentation references the jewelry and lip plates worn by women in some African tribes. They also reference the West African and Greek tradition of caryatids, female figures carved out of wood or marble that were depicted as structural or metaphorical supports.

“Caryatids throughout history have carried these buildings to express the might and the wealth of a particular place,” the Nairobi-born artist said in a video interview on The Met’s website. Looking to use her sculptures as a way to stage what The Met calls a “feminist intervention,” Mutu added that she wanted to “keep the DNA of the woman in an active pose, but I didn’t want her to carry the weight of something or someone else.”

“The NewOnes, will free Us” will remain on view in the museum’s niches through January 12, 2020. Follow along with Mutu’s travels and cultural inspirations on Instagram. (via Hyperallergic)