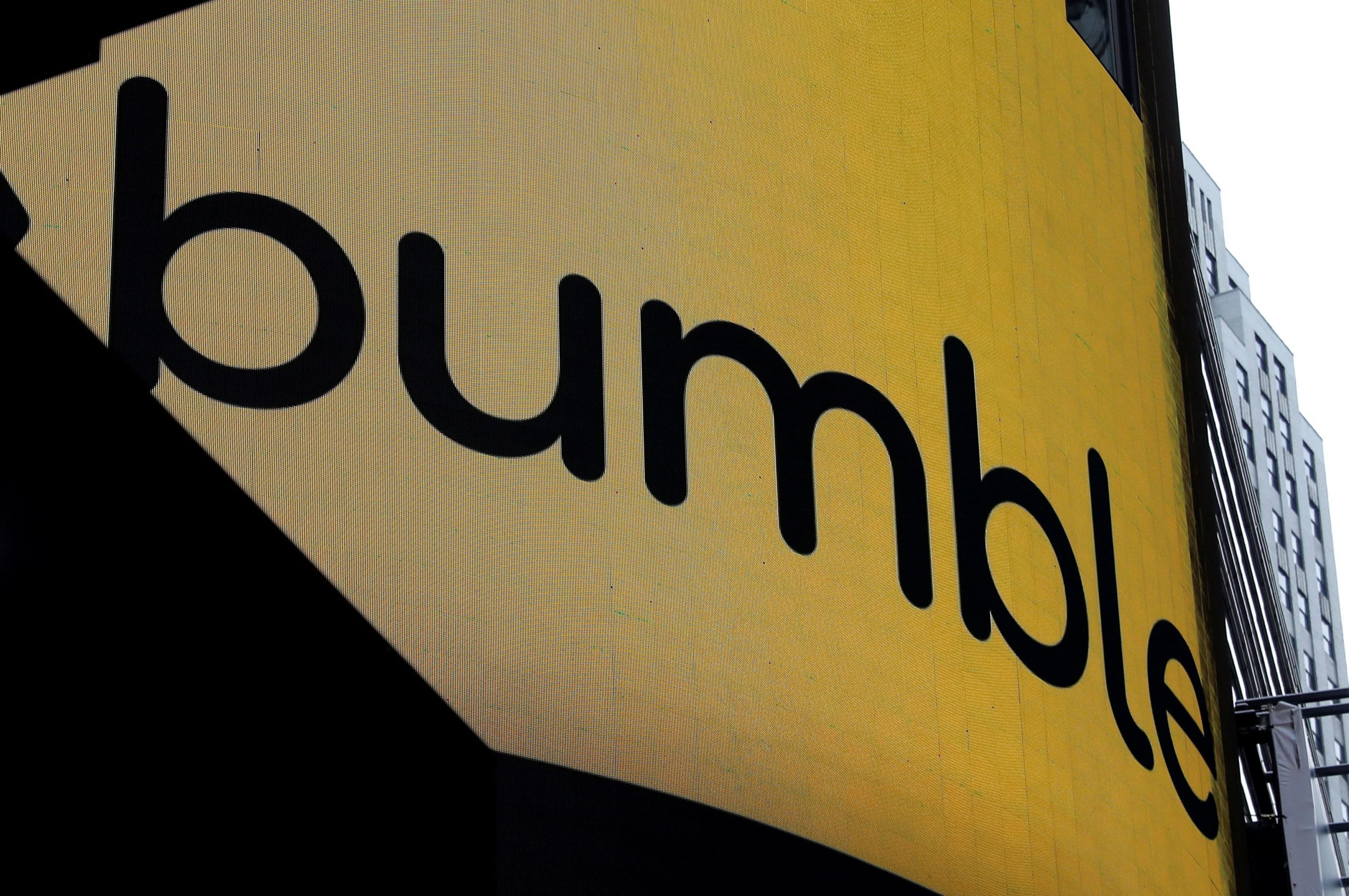 The display outside the Nasdaq MarketSite is pictured as the dating app operator Bumble Inc. (BMBL) made its debut on the Nasdaq stock exchange during the company’s IPO in New York City, New York, U.S., February 11, 2021.Mike Segar | ReutersShares of Bumble fell sharply Thursday, dipping below its initial public offering price of $43. The company reported first-quarter results on Wednesday and issued what some analysts considered cautious guidance.The dating company’s stock closed down 14.3% on Thursday. Earlier in the day, shares dipped as much as 17% to hit an all-time low of $38.91 apiece.Bumble said it anticipates total revenue in the range of $175 million to $178 million for the second quarter, up 31% year over year at the midpoint of the range. That’s also slightly better than analysts surveyed by Refinitiv expected. It raised guidance and now anticipates full-year revenue in the range of $724 million to $734 million.”We are being cautiously conservative due to the nature of the pandemic … none of us can predict what happens later this year around the globe,” CEO Whitney Wolfe Herd told CNBC’s “TechCheck.” The company isn’t “signaling we don’t believe in the strength of our business,” she added.Bumble reported revenue of $170.7 million for the quarter, up from $79.1 million for the first quarter of 2020. Analysts were expecting $164.6 million. Total paying users also increased 30% to 2.8 million.Loop Capital Markets analysts said in a note Wednesday they viewed the results as a “mixed bag.” The firm lowered its price target to $45 from $65 but maintained its hold rating.”The issue was an implied step-down in the 2H outlook,” BTIG analysts said Thursday. “The guide runs contrary to call commentary (rising engagement, geographic expansion of Premium and new a la carte features) and our sense is that it was more about building cushion (few companies raise by more than a beat off of a 1Q) in a still uncertain environment.”Jefferies also lowered its price target to $65 from $82, though the firm said it remains a top mid-cap recovery play. Stifel dropped its price target to $66 from $78, pointing to the cautious forecast around the pace of reopening and global economic recovery.”With significant evidence of pent-up demand for online dating services revealed in 1Q, we view Bumble as a strong recovery trade and would be buyers of the stock’s recent pullback,” Stifel analysts wrote Thursday.— CNBC’s Michael Bloom contributed to this report.Subscribe to CNBC on YouTube.