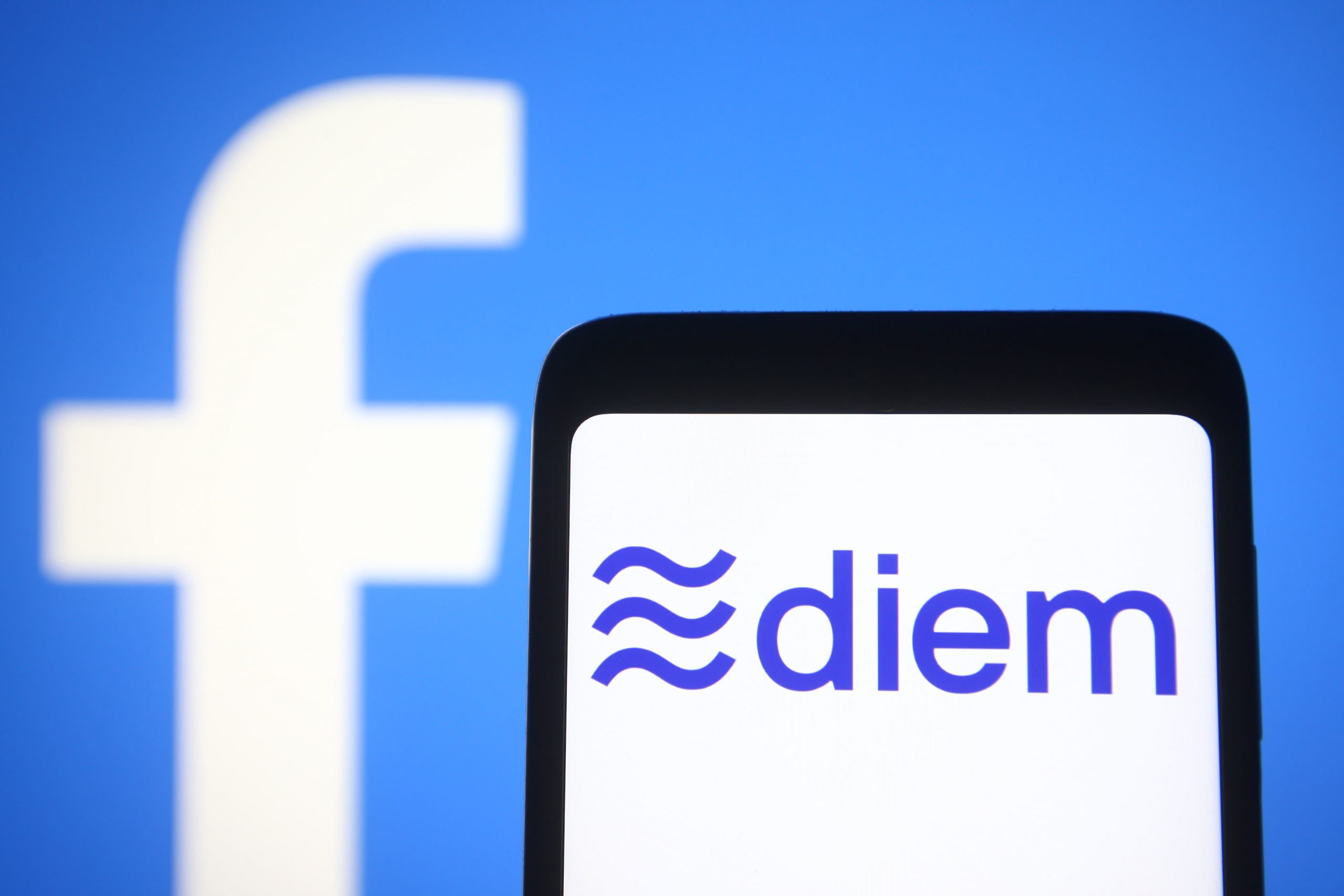 The logo for Diem, formerly known as Libra, is seen is displayed on a smartphone screen with a Facebook logo in the background.Pavlo Gonchar | SOPA Images | LightRocket via Getty ImagesLONDON — Facebook-backed digital currency project Diem said Wednesday it has withdrawn its application for a Swiss payment license and will instead shift its operations to the United States.The Diem Association, which oversees development of the Diem digital currency, had been pursuing a payment system license with Switzerland’s FINMA watchdog. Diem has now dropped plans to secure Swiss regulatory approval, while its U.S. subsidiary has partnered with Silvergate, a California state-chartered bank, to issue the token.”While our plans take the project fully within the US regulatory perimeter and no longer require a license from FINMA, the project has benefited greatly from the intensive licensing process in Switzerland and the constructive feedback from FINMA and more than two dozen other regulatory authorities from around the world convened by FINMA to consider the project,” Stuart Levy, Diem’s CEO, said in a statement.Diem said it plans to move its operational headquarters from Geneva to Washington, D.C., where its U.S. unit is based.FINMA declined to comment when contacted by CNBC.Formerly known as Libra, Facebook’s vision for a digital currency was met with a severe backlash from regulators when it was first announced in June 2019, with central bankers and politicians worried it could undermine sovereign currencies like the dollar, enable money laundering and infringe on users’ privacy.The organization has since lost several key backers — including Visa, Mastercard and PayPal — and suffered a number of notable executive departures.Diem had initially proposed a universal currency tied to a basket of major currencies and government debt. After much regulatory opposition, the group then switched its focus to multiple “stablecoins” backed one-to-one by different currencies, as well as one multi-currency coin.For now, Diem is only planning to issue a U.S. dollar-backed stablecoin, called Diem USD. Unlike bitcoin, which uses a public ledger system and isn’t controlled by any single authority, Diem’s technology will be open to only a few participants, such as Facebook and other members of the Diem Association. Stablecoins are also designed to avoid the price volatility seen in cryptocurrencies like bitcoin.Silvergate will be the exclusive issuer of Diem USD and will manage its dollar currency reserve. Silvergate has become a go-to for cryptocurrency businesses shunned by traditional lenders.Diem is preparing to launch a pilot with its dollar-pegged stablecoin later this year, a person familiar with the matter told CNBC in April. The pilot will be small in scale, focusing largely on transactions between individual consumers, the person said.Digital currencies have been the talk of Wall Street lately thanks to a wild rally in bitcoin and other digital currencies. Institutional investors have shown growing interest in bitcoin, while major firms like Tesla and Square have made big bets on the digital coin.At the same time, central bankers are also grappling with the concept of digital currencies. The People’s Bank of China has been racing ahead with trials of its digital yuan in various cities. And there have been growing calls for the U.S. Federal Reserve to develop a digital version of the dollar.However, some in the crypto industry think that digital innovation around currencies might be best left to the private sector.”Governments can help set the rules of the road and make sure monetary policy can be emitted, financial crimes can be thwarted. But the government shouldn’t be in the business of building technologies,” Jeremy Allaire, CEO of crypto firm Circle, told CNBC in an interview last week.Dante Disparte, Diem’s former public affairs chief, left to join Circle last month. Circle and crypto exchange Coinbase helped launch a stablecoin called USD Coin, which has since seen growing acceptance with Visa now supporting payment settlement with the token. Meanwhile, tether, a controversial stablecoin, is currently worth over $57 billion, according to CoinMarketCap data.