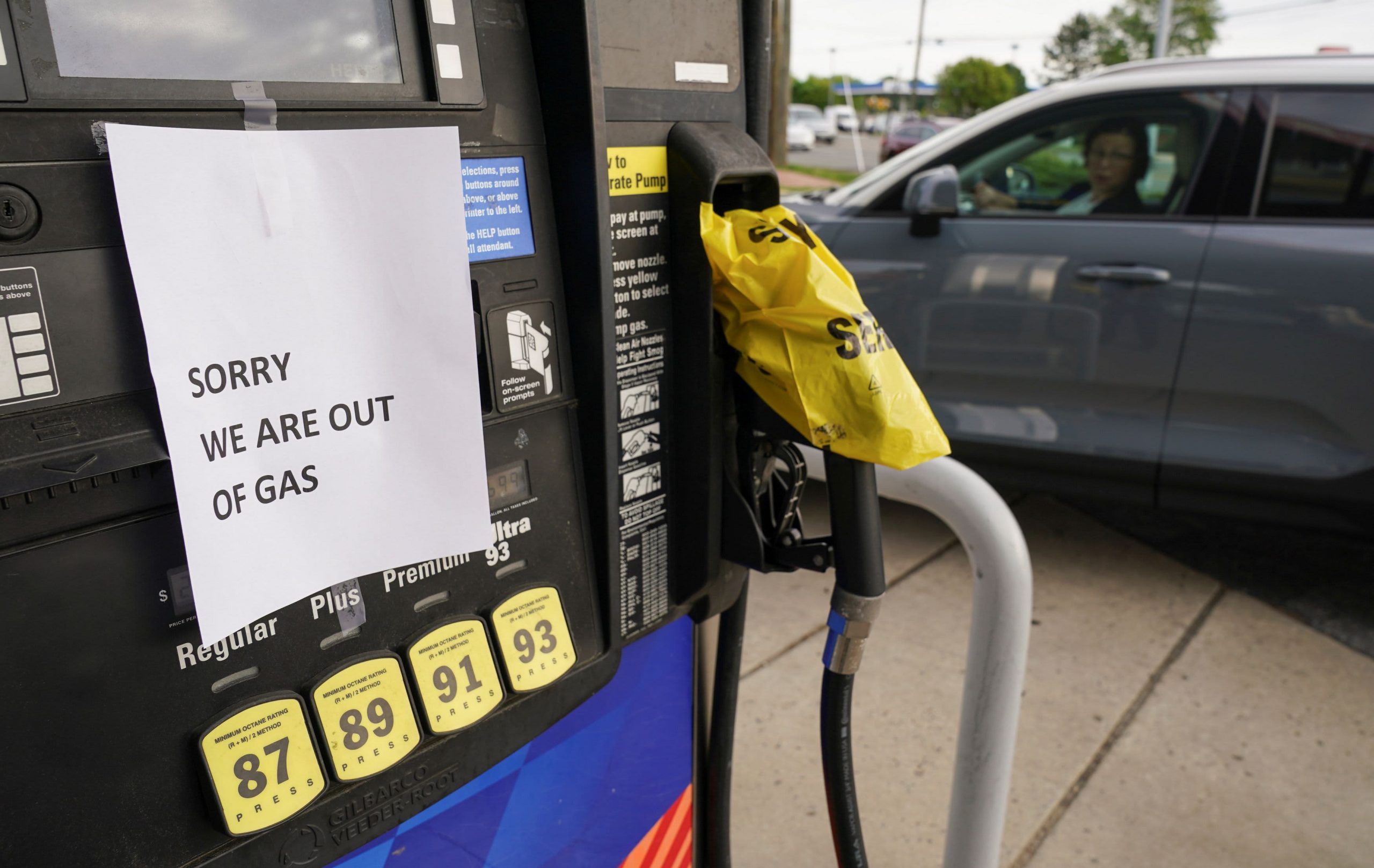 A driver looks at a closed gas pump as stations from Florida to Virginia began running dry and prices at the pump rose, as the shutdown of the Colonial Pipeline by hackers sparked buying panic by motorists, in Falls Church, Virginia, U.S., May 12, 2021.Kevin Lemarque | ReutersGasBuddy, an app that helps users find and save money on gas, topped the Apple App Store on Wednesday, as some consumers across the East Coast continue to struggle to find fuel after a cyberattack on Colonial Pipeline.The company’s pipeline has served as a vital link between the Gulf Coast refiners and the Eastern Seaboard, but the company had to take its entire system offline Friday after it fell victim to a ransomware attack. Much of the system is still offline.Now, consumers are flocking to grab gas before tanks run out. Sixty-five percent of stations in North Carolina are out of fuel, according to data from GasBuddy. In South Carolina and Georgia, 43% of stations are without fuel, and 44% of stations are dry in Virginia, according to AAA.Gas prices have also surged because of the supply issues and fear of shortages. On average, Americans are paying $3.008 for a gallon of gas, up from $2.985 on Tuesday and $2.927 one week ago, AAA said earlier this week.This has all led consumers to seek gas stations that have supply and potentially cheaper prices. That’s where GasBuddy comes in.Typically, social media and entertainment giants such as TikTok, Facebook and YouTube top the App Store’s free apps charts. The rankings reflect the momentum in downloads of a certain app, not necessarily the total cumulative downloads.— CNBC’s Pippa Stevens contributed to this report.Subscribe to CNBC on YouTube.