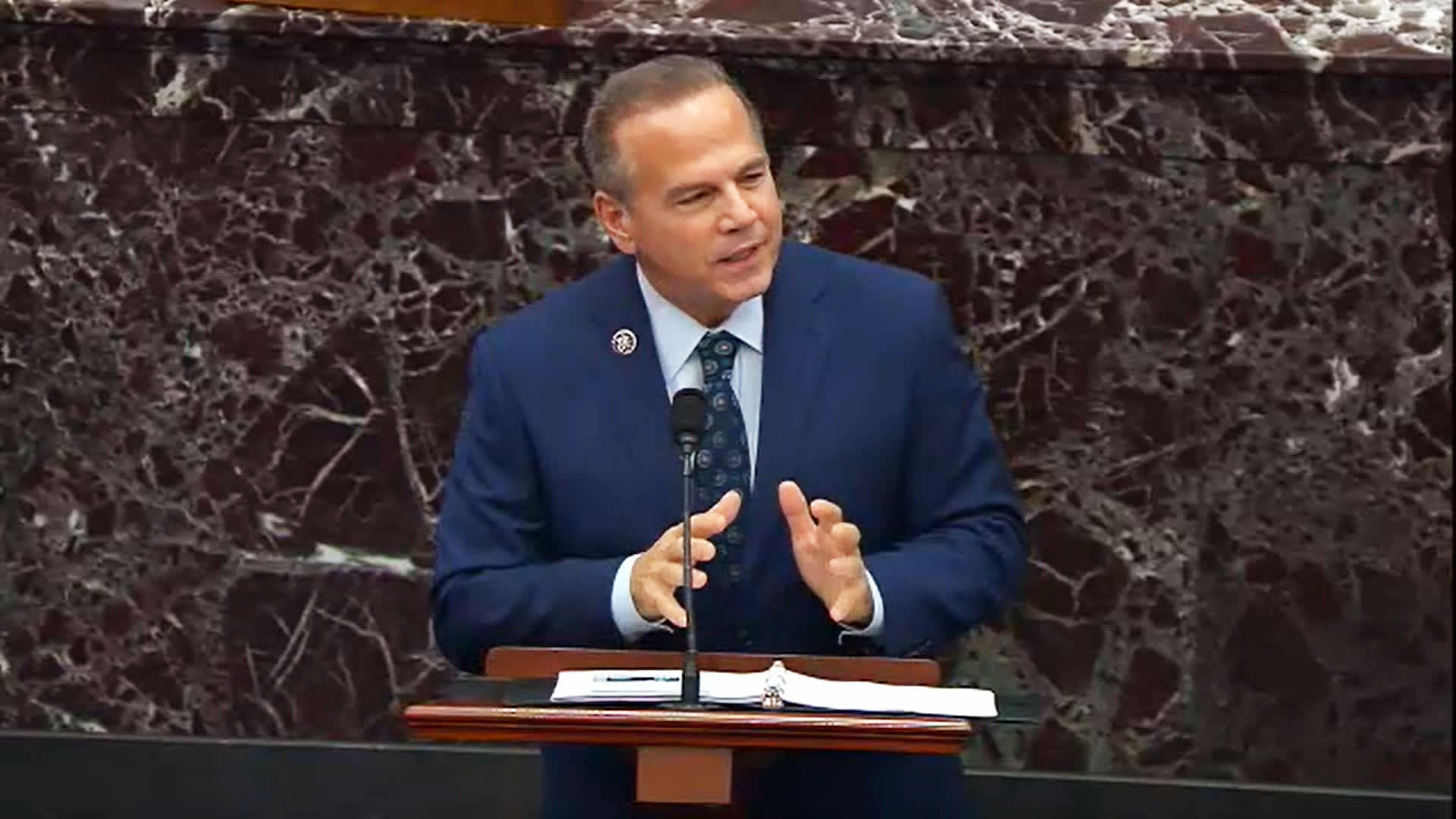 U.S. House Impeachment manager David Cicilline (D-RI) speaks on the second day of former President Donald Trump’s second impeachment trial at the U.S. Capitol on February 10, 2021 in Washington, DC.congress.gov via Getty ImagesA group of House Democrats is circulating discussion drafts of antitrust bills that would force the biggest tech companies to change parts of their business models and curtail large acquisitions, according to copies obtained by CNBC.While the drafts could still change significantly prior to their introduction, as currently written, they could require business model overhauls for Apple and Amazon by limiting their ability to operate marketplaces for products and apps while selling their own goods and apps on those same stores. The bills would also make it harder for those companies plus Facebook and Alphabet (Google’s parent company) to complete large mergers, and would force them to make it easier for users to leave their platforms with their data intact. CNBC couldn’t immediately learn when the drafts will be introduced.The draft bills come after a 16-month investigation by the House Judiciary subcommittee on antitrust into the four companies, which culminated in a nearly 450-page report from Democratic staff last fall. While Republicans on the subcommittee diverged from some of the Democrats’ more extreme proposals, several agreed with the main findings of monopoly power and anticompetitive behavior in the Democratic report and on the need to rein in Big Tech’s power with antitrust reform.The drafts don’t indicate whether any Republicans are supporting the bills.What the draft bills saySpecifically, the five discussion drafts would prevent platforms from owning businesses that present a conflict of interest, bar large platforms from favoring their own products over those of competitors that rely on their sites, make it harder for large platforms to complete mergers, raise filing fees for acquisitions and mandate ways for users to transfer their data between platforms.One of the bills, sponsored by Rep Joe Neguse, D-Colo., appears to be companion legislation to the bipartisan Merger Filing Fee Modernization Act in the Senate, which passed in that chamber on Tuesday as part of a larger $250 billion tech and manufacturing bill. That bill would raise the fees companies pay to notify the Federal Trade Commission and Department of Justice Antitrust Division of large mergers with the goal of raising money for those agencies.The other four drafts obtained by CNBC include:Ending Platform Monopolies Act: Sponsored by Rep. Pramila Jayapal, D-Wash., the vice chair of the subcommittee, this bill would make it unlawful for a platform with at least 500,000 monthly active U.S. users and a market cap over $600 billion to own or operate a business that presents a clear conflict of interest. The draft defines an unlawful conflict as one that incentivizes a business to favor its own services over those of a competitors’ or disadvantage potential competitors that use the platform. Lawmakers have previously expressed concern that both Amazon and Apple, which run their own platforms for sellers and developers, respectively, could undermine competition due to a conflict of interest for their own competing products or apps.Platform Competition and Opportunity Act: This proposal from Rep. Hakeem Jeffries, D-N.Y., would shift the burden of proof in merger cases to dominant platforms (defined with the same criteria as the previous bill) to prove that their acquisitions are in fact lawful, rather than the government having to prove they will lessen competition. The measure would likely substantially slow down acquisitions by dominant tech firms.Platform Anti-Monopoly Act: This bill, proposed by Subcommittee Chairman David Cicilline, D-R.I., would prohibit dominant platforms from giving their own products and services advantages over those of competitors on the platform. It would also prohibit other types of discriminatory behavior by dominant platforms, like cutting off a competitor that uses the platform from services offered by the platform itself, and ban dominant platforms from using data collected on their services that isn’t public to others to fuel their own competing products, among several other prohibitions.Augmenting Compatibility and Competition by Enabling Service Switching (ACCESS) Act: This proposed bill from Rep. Mary Gay Scanlon, D-Pa., would mandate dominant platforms maintain certain standards of data portability and interoperability, making it easier for consumers to take their data with them to other platforms.Representatives for those lawmakers did not respond or did not provide comment on the discussion drafts.Axios first reported on the drafts.Subscribe to CNBC on YouTube.WATCH: Big Tech may face even more scrutiny for antitrust and monopoly in 2021—Here’s why