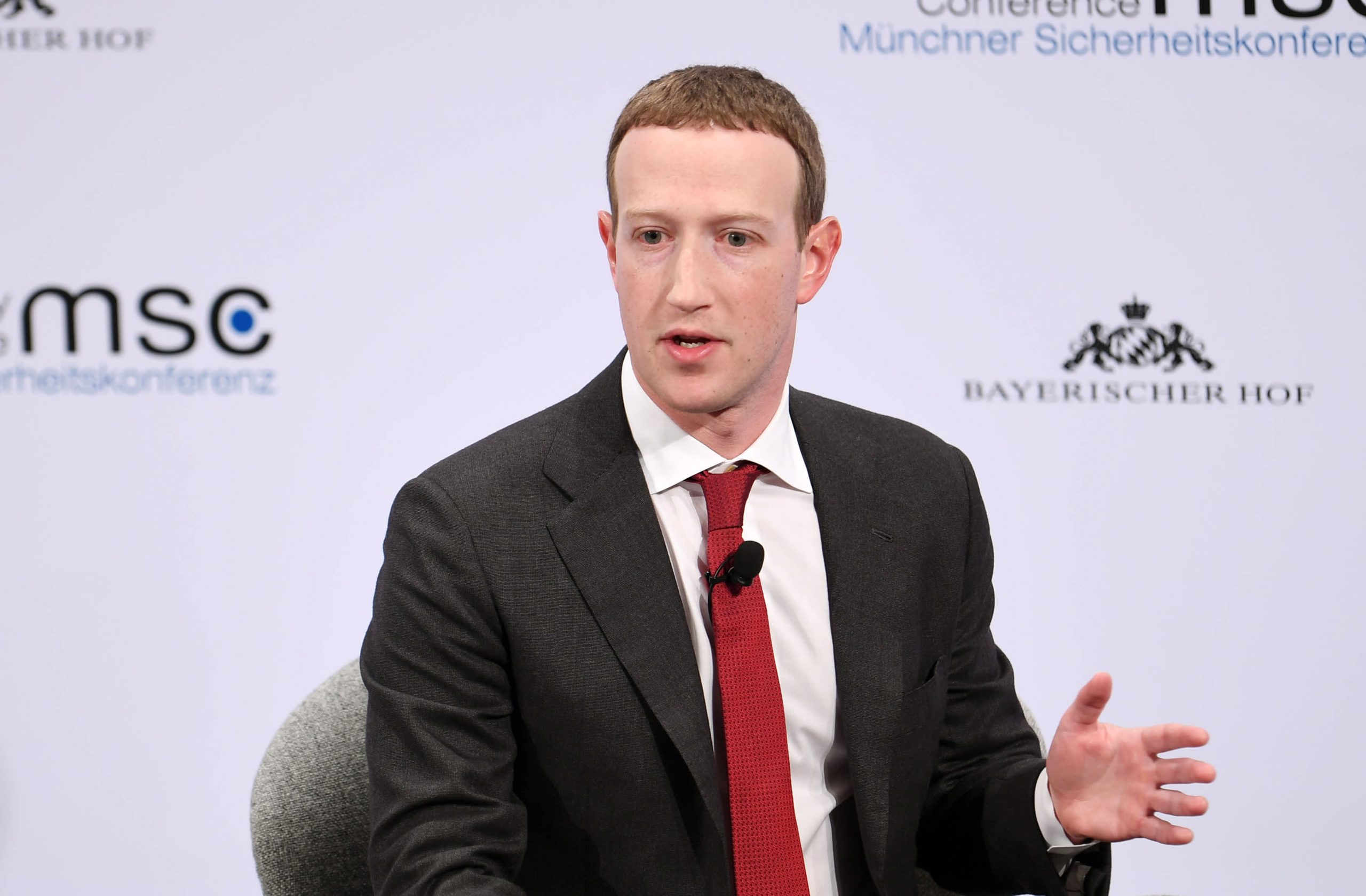 Mark Zuckerberg, Chairman of Facebook, speaks on the second day of the 56th Munich Security Conference. The fight against propaganda campaigns and other attempts at manipulation costs Facebook billions every year.Tobias Hase | picture alliance | Getty ImagesFacebook CEO Mark Zuckerberg announced Wednesday that the company will allow all full-time employees to work from home if their jobs can be done remotely.This is a change from plans Facebook announced in May 2020, when the company said it would allow certain employees, notably the most senior and experienced employees, to request permanent remote work. Zuckerberg made the new announcement in a memo to employees laying out the company’s plans for a hybrid office and remote setup.”We’ve learned over the past year that good work can get done anywhere, and I’m even more optimistic that remote work at scale is possible, particularly as remote video presence and virtual reality continue to improve,” Zuckerberg wrote.Roles that cannot be done remotely typically include those working on hardware devices or on Facebook’s data center setups.Zuckerberg also said Facebook will begin allowing employees to request remote work across international borders. After next Tuesday, the company will allow U.S. employees to request remote work in Canada and those in Europe to request remote work in the U.K., a Facebook spokesperson said. In January 2022, the company will allow employees to permanently move between seven countries in Europe.Facebook, whose workforce totals about 60,000, plans to reopen most of its U.S. offices at 50% capacity by early September and will likely reopen in full in October, the spokesperson said.Zuckerberg said employees who want to work in an office will be asked to come in at least half the time. This is to ensure that the office remains vibrant and that employees who do come into the office make the most of being a part of that community.Additionally, he said Facebook plans to organize regular in-person gathers for office and remote workers “to support the relationship-building.”

Genies CEO on the future of avatar technology in a digital world
Democrats circulate draft antitrust bills that could reshape Apple, Amazon, Facebook and Google
To Top
error: Content is protected !!
Top