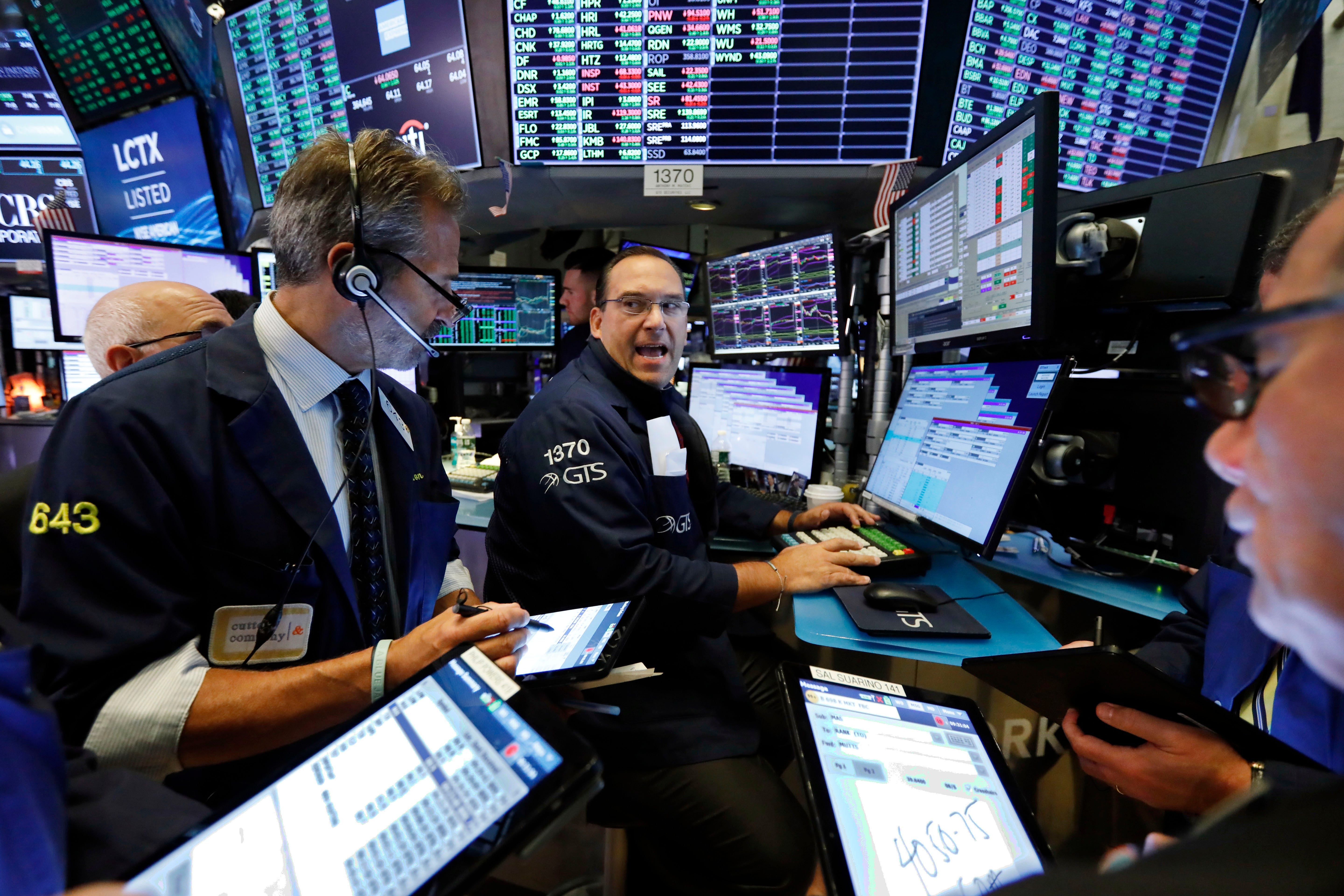 Target notched its biggest-ever gain, while Lowe’s had its best day in more than a year, leading a broad rally in companies that rely on consumer spending. Nordstrom, Kohl’s, Gap and other retailers closed higher.

Investors have been worried that U.S. economic and corporate earnings growth could stumble under the strain of a slowing global economy and the costly trade war between the U.S. and China. But the strong quarterly results from the retailers encouraged traders, who see the performance as a sign that U.S. consumers, which account for 70% of U.S. economic growth, are healthy.

Despite concerns of affordability: US home sales rose 2.5% in July

“We had a couple of great earnings reports this morning, especially Target, which is a good barometer of the consumer,” said Dan Heckman, national investment consultant at U.S. Bank Wealth Management. “The consumer still appears to be spending and doing well.”

The stock market has been volatile this month as investors try to parse conflicting signals on the U.S. economy and determine whether a recession is on the way. A key concern is that the U.S.-Chinese tariff war will weigh on global economic growth.

The Trump administration has imposed a 25% tariff on $250 billion in Chinese imports. A pending 10% tariff on another $300 billion in goods would hit everything from toys to clothing and shoes that China ships to the United States, however some 60% of the new tariffs wouldn’t go into effect until mid-December, and others were taken off the table altogether.

The potential impact those tariffs could have on U.S. consumers could hurt sales for Target and other big retailers. Home Depot on Tuesday cut its sales expectations for the year in part because of the potential tariff impact.

A look at Target and Lowe’s earnings Wednesday appeared to dim investors’ concerns about the impact tariffs may have on U.S. consumers.

Lawsuit: School officials laughed as they colored in black student’s hair with marker

Traders also bid up shares in Lowe’s sharply higher after the home improvement retailer’s latest quarterly results blew past expectations, buoyed by strong demand for spring goods and sales to contractors. The company’s strong quarter came even as it wrestled with lower lumber prices and rough spring weather. The stock jumped 10.4%.

Investors took a dim view of Cree’s latest quarterly results. Shares in the maker of energy-efficient lighting tumbled 15.8% after it issued a weak forecast as it deals with the fallout from the U.S.-China trade war.

Encouraging housing market data sent homebuilders higher. The National Association of Realtors said sales of previously occupied U.S. homes rose 2.5% last month. The increase is a sign that lower mortgage rates are helping to increase sales, which have been sluggish amid rising housing prices and a stubborn shortage of homes on the market. Hovnanian Enterprises vaulted 18.5% and LGI Homes rose 2.8%.

Traders had a muted reaction to the afternoon release of notes from the Federal Reserve’s policymaking meeting last month. The minutes showed officials were divided in their decision to cut interest rates for the first time in a decade.

Investors have been seeking insight into the Fed’s willingness to make further interest rate cuts to help shore up the economy. Traders are now looking ahead to Friday, when Fed Chairman Jerome Powell is scheduled to speak at the central bank’s annual conference in Jackson Hole, Wyoming.

Traders will be listening for clues as to what Fed officials will cut rates again at its next meeting in September.

“Powell is in a difficult spot in that you have a meeting coming up in September and everybody is looking to him,” said Tom Martin, senior portfolio manager with Globalt Investments. “Even though we want some more information and a nod, one way or the other, toward September, I don’t think we’re going to get one.”

The Fed cut its key policy rate on July 31 for the first time in more than a decade. It cited a number of “uncertainties” that were threatening the country’s decade-long expansion, from Trump’s trade battles to slowing global growth.

While the encouraging earnings put investors in a buying mood Wednesday, Heckman noted that August and September are historically some of the weakest months of the year for stocks, so investors should expect more market volatility, particularly if the U.S. and China don’t strike a trade deal.

Bond prices fell. The yield on the 10-year Treasury rose to 1.59% from 1.56% late Tuesday. It briefly dropped below the two-year Treasury’s yield for the first time in a week. This so-called inversion of the U.S. yield curve has accurately predicted the past five recessions.