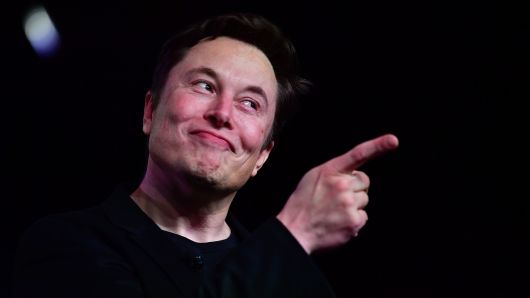 Elon Musk has poked fun, in a rather crude way, at Jeff Bezos’ new spacecraft.

Musk, who is the founder of rival space firm SpaceX, tweeted an altered picture of Blue Moon.

Instead of reading “Blue Moon” on the side of the spacecraft, the image in the tweet reads “Blue Balls.”

Facebook co-founder Chris Hughes calls for the company to be broken up
Uber CEO says he’s building the next Amazon, though growth is slowing
To Top
error: Content is protected !!
Top