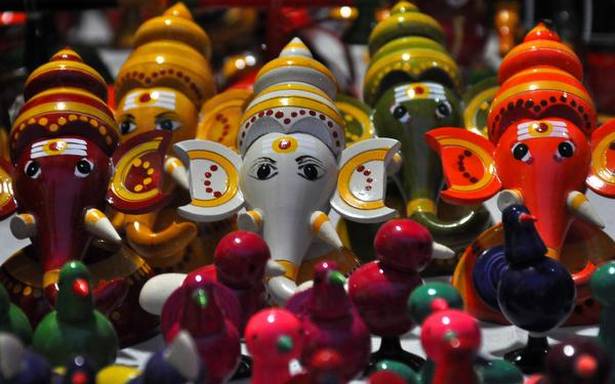 Toymaker CV Raju from the small village of Etikopakka, near Visakhapatnam in Andhra Pradesh, was in for a surprise on Sunday. Prime Minister Narendra Modi hailed his efforts in reviving the ancient wood lacquer craft toys during his ‘Mann ki Baat’ address.About three decades ago, Raju — also an agriculturist — revived the dying art of making wooden toys among the craft community of Etikopakka. He focussed on strengthening the traditional, local knowledge of making vegetable dyes, developing new tools and techniques for increasing their shelf life and generating new uses for them.

Says Raju, speaking over phone from Etikoppaka, “It is a big boost to us as a craft community to get recognised by the Prime Minister, especially at a time when we are struggling amid the pandemic and also facing a threat of extinction.” He has been instrumental in bringing about a shift from the use of titanium dioxide bonded synthetic colours to vegetable dyes in the wooden toys.The tradition of toy-making in Etikoppaka dates back a few hundred years. The toymakers received patronage from the affluent landlords of the region back then, to make toys for their children. Over the years, the system changed but the toymakers could not improvise much. The revival happened from 1988 onwards, when Raju started attending national-level workshops and working with Crafts Council of India. He started with learning the use of vegetable dyes on fabric and then on wooden toys. He then explored the Eastern Ghats and the secret dyes in the plants’ roots, barks, stems, leaves, fruits and seeds. His experiments resulted in natural dye concentrates in over 12 hues, including royal red and indigo. The toxicity test on dyes was done by the Crafts Council of India. The new set of colours infused life into the craft.Then in 1992, for the first time, toys with vegetable dyes made their way from Andhra Pradesh to Vadodara for a national exhibition. Etikoppaka toys received the Geographical Indication (GI) tag from the Geographical Indication Registry (GIR) in 2017. The community today has around 150 households who practise the craft form. The wood is sourced from locally grown ankudu or Wrightia tinctoria trees. Ankudu plantations were done on 60 hectares of degraded forest land from 1997 onwards by the State’s Forest Development Corporation. However, after Chinese toys invaded markets, the US and European countries enforced stricter regulations that eroded their international market for the Etikoppaka craftsmen. COVID and the craftDuring the lockdown, the craftsmen struggled with unsold inventory and e-commerce helped little. “No postal and courier services are willing to come to the village now. We require someone who can hold our inventory in Visakhapatnam, from where we can start delivering in the domestic market,” says Raju. Archiving, documentation and design improvisation are the need of the hour, he adds. “Setting up an interpretation and deign development centre would help in preserving this ancient craft,” says the toymaker.PM Modi’s call for making India the world’s toy manufacturing hub as part of the ‘vocal for local’ slogan has given a thrust to the craftsmen, who are now hoping to get the mandated certification for declaring that the toys are safe (not containing toxic elements). “This is the pre-requisite for marketing the toys to the US and Europe,” says Raju.Raju can be reached on 9701057267. 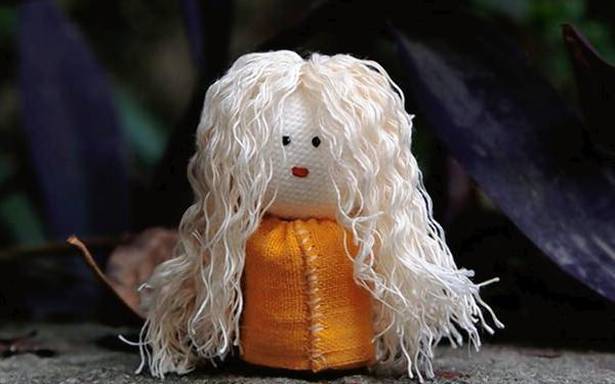 A miniature doll and her mop of hair 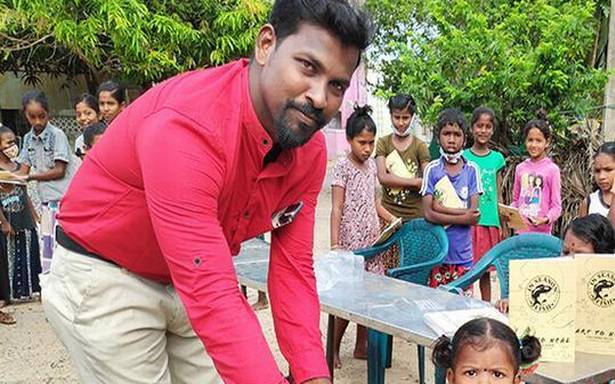 A colouring book for children from Tamil Nadu’s fishing community

A poem coming alive – The Hindu