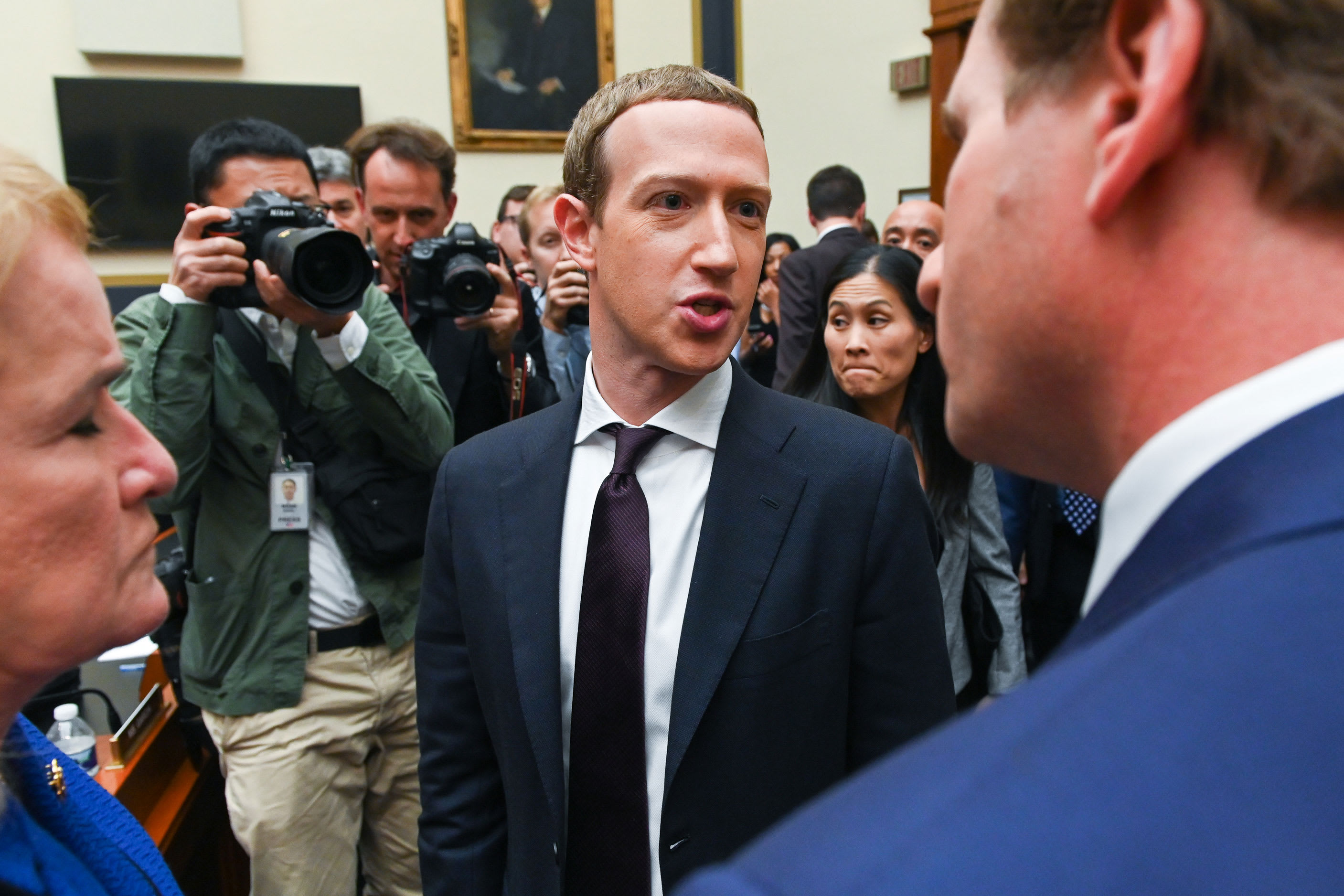 Facebook Chairman and CEO Mark Zuckerberg greets members of congress after testifying at a House Financial Services Committee hearing in Washington, October 23, 2019. REUTERS/Erin ScottErin Scott | ReutersFacebook on Wednesday announced that it’s banning any ads in support of the far-right group Qanon and any militarized social movements. The move is Facebook’s latest effort to crack down on misinformation and extremism on its platform ahead of the U.S. election on Nov. 3. Earlier in the day, the company also announced that it would ban ads that tried to delegitimize the results of the election. In August, Facebook removed hundreds of groups, pages and ads tied to Qanon, elaborate, unfounded conspiracy theory alleging that President Donald Trump is secretly saving the world from a group of prominent Satanic cannibals that run the world. The company also announced on Wednesday that members of Facebook groups associated with Qanon will see content from those groups further down in their News Feeds.Additionally, the company said that because Qanon supporters increasingly use the issue of child safety and hashtags like #savethechildren to recruit more supporters, Facebook will now direct people to credible child safety resources.