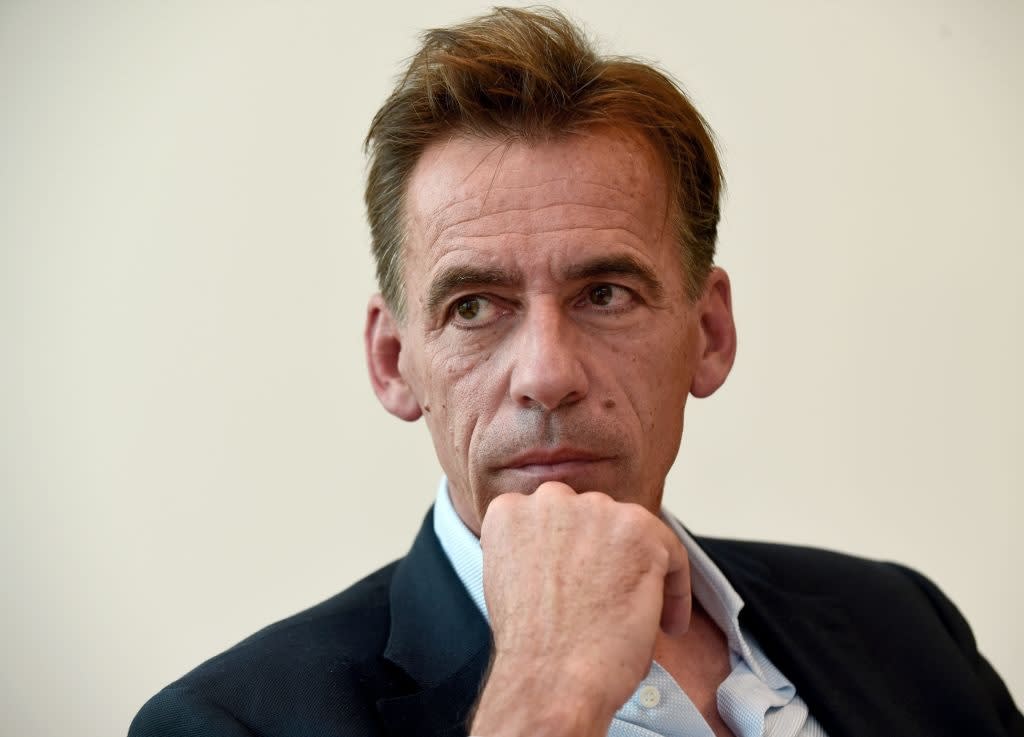 CEO of the World Federation of Advertisers (WFA) Stephan Loerke.Eric Piermont/AFPWorld Federation of Advertisers CEO Stephan Loerke says he believes the slew of big brands publicly switching off social media advertising aren’t likely to come back until real change is made. “I don’t see those big brands come back if there hasn’t been structural change,” Loerke said in an interview with CNBC. “That’s my take on the basis of my conversations with them.” The trade group’s 120 members, which include PepsiCo, P&G and Diageo, represent 90% of global marketing communications spending, the group says. In a recent survey of 58 of those companies, the WFA found that 31% of respondents had already decided to withhold or were likely to withhold social media advertising. 41% said they were undecided, and 29% said they were unlikely or not planning to withhold.The survey comes as major advertisers from Unilever to Starbucks have announced various degrees of pauses to their social media advertising budgets, following a campaign called “#StopHateForProfit” by a group of organizations calling on advertisers to boycott Facebook for the month of July. Although Facebook has spent recent weeks trying to stanch the departure of ad dollars with meetings and memos, an address from CEO Mark Zuckerberg to employees, reported by The Information on Wednesday, suggested the company doesn’t plan to make changes based on the demands of advertisers. Zuckerberg reportedly said though the boycott posed reputational issues, his guess was “that all these advertisers will be back on the platform soon enough.”Loerke told CNBC that he’s aware temporary pauses aren’t likely to ding Facebook financially, but that they signal a larger sea change in how companies are thinking about social media. He said even many of the companies that aren’t pausing have said they’re determined to find solutions to issues posed by social media. “If big brands withdraw like they seem to be withdrawing for a month, or a few months, it’s probably not going to be making any big dent in the revenue of Facebook,” he said. “I do think that the point of view, which those brands express, have a certain weight in the industry, and I think that in the longer term, that will have an importance for social media platforms.” He said he’s also skeptical brands will just jump back to the platform if no changes are made.”From the conversations I’m having with the brands, those which went public in order to state they were going to be pausing are very aware that they made those statements publicly. And they’re also very aware that the same media who actually took note of that decision will be asking questions the day they restart,” he said. “I think that those brands which have been public are serious about driving change collectively.” Societal safety Advertisers have been pressuring the platforms to clean up for years. In 2017, the Times of London published a blockbuster report on advertisements from major brands appearing on hate sites and YouTube videos created by supporters of terrorist groups. Consumer goods giant Procter & Gamble kept its ads off YouTube for more than a year, starting in 2017, after its ads were found adjacent to extremist videos. But Loerke said the issue morphed from one of “brand safety” to focus more on “societal safety,” exacerbated perhaps by the streaming last year of a shooting of more than 50 people in Christchurch, New Zealand, which appeared on Facebook, Twitter and Reddit. Another shooting outside of a synagogue in Halle, Germany, was amplified last year when a video of it appeared on video streaming site Twitch and then found its way to other sites.But even if ads aren’t appearing in or alongside specific videos, the video platforms are financed substantially by ad dollars. And since so much of the web is funded by advertisers, many of those advertisers say they have responsibility for the web. All of this has created a turning point, Loerke says, moving from an era of media being all about efficiency and effectiveness and reach to one where the allocation of media spend has a strategic dimension. “The way you allocate your media spend, where you put your ads, talks about your company,” he said. “We moved from brand safety to, I think, societal safety.” What comes next? Loerke says he believes operators in the ecosystem, including the social media platforms, have an interest in mitigating hateful speech and content. But the way it’s done now, he says, is unsustainable and inefficient, with platforms, agency holding companies and brand owners each with their own policies, values and tools. “That leads to plenty of operators which operate in good faith, but a system which is simply unscalable and inefficient,” he said. “The only way to address this is to find a system and to put in place a system which is across the ecosystem, which will allow brand owners to make informed choices about where they put their ads.”He said for that to happen, four things need to be changed: Content needs standardization, so there is alignment, for instance, in the definition of “hate speech” across entities; data needs to be collected about incidents of hate speech and other harmful content in a unified way; third-party verification is needed instead of self-reported data; and tools that operate across the ecosystem that let brands act according to their values.  The World Federation of Advertisers last year created the Global Alliance for Responsible Media to tackle issues like this. Loerke said the social media platforms have been working with GARM on these goals.”I think the fact that pressure is increasing and that public visibility of this has reached the level it has reached today; it is going to be helping accelerate our effort,” he said.

Twitter teases an edit function, but only ‘when everyone wears a mask’
How Parler app plans to make money
To Top
error: Content is protected !!
Top