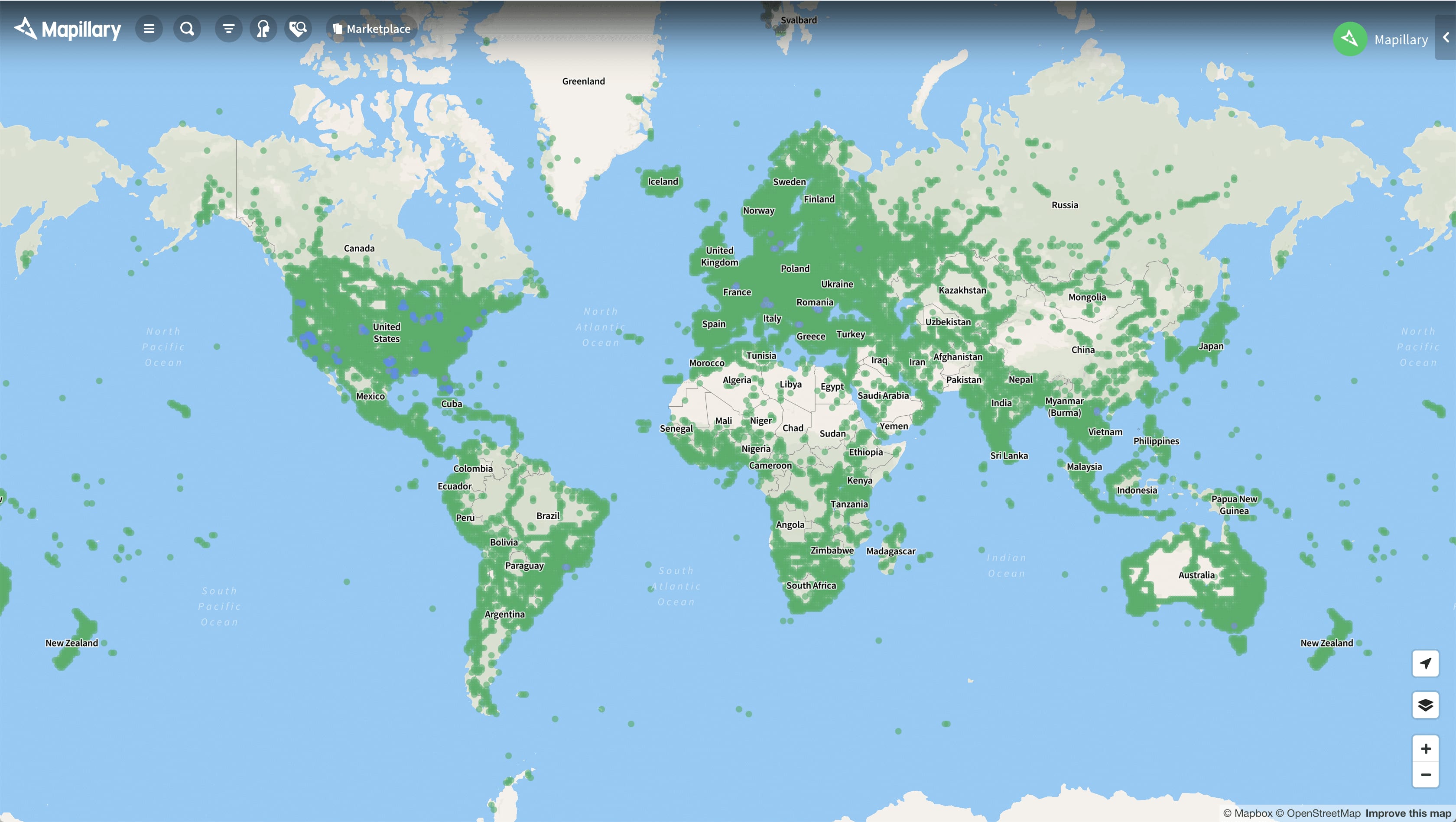 Mapillary map coverage as of June 2020MapillaryFacebook has acquired Swedish mapping start-up Mapillary as part of an effort to take on Apple and Google at mapping the world at ground level.Founded in Malmo in 2013, Mapillary has built a street-level imagery platform that uses photos which have been uploaded by members of the public.  Computer vision software then determines what is in an image — such as road markings and traffic signs — and allows map builders to incorporate this data in their own maps.Ultimately, Mapillary’s street-level data could help Facebook to bolster the maps it offers through its platforms by making them more accurate. The acquisition was announced on Mapillary’s blog on Thursday by cofounder and CEO Jan Erik Solem, although the terms of the deal were not disclosed.”From day one of Mapillary, we have been committed to building a global street-level imagery platform that allows everyone to get the imagery and data they need to make better maps,” wrote Solem. “With tens of thousands of contributors to our platform and with maps being improved with Mapillary data every single day, we’re now taking the next big step on that journey.”He added: “Today, we’re excited to share that Mapillary has joined Facebook to be part of their open mapping efforts.”The Mapillary teamMapillaryWhile the acquisition price was not disclosed, Mapillary has raised $24.5 million from investors over the last seven years, according to start-up tracker Crunchbase. Venture capital backers include Sequoia Capital, Atomico, and BMW iVentures.Apple and Google have invested heavily in street-level mapping over the last decade but Facebook isn’t known for its mapping efforts.However, Mark Zuckerberg’s social media giant relies on maps to power products like Facebook Marketplace, which allows people to buy and sell things from people in their area.Facebook has said it is using a combination of machine learning, satellite imagery and partnerships with mapping communities to improve its maps.Mapillary’s users will still be able to continue uploading imagery and using the map data from images on the platform.There is one change, however. Previously, users couldn’t use imagery on Mapillary’s platform for commercial purposes, but that’s no longer the case.”Starting today, it will also be free to use for commercial users as well,” said Solem. “While we previously needed to focus on commercialization to build and run the platform, joining Facebook moves Mapillary closer to the vision we’ve had from day one of offering a free service to anyone.”

Trump threatens protesters the day before his Tulsa rally
SoftBank plans to sell up to $21 billion worth of T-Mobile stock
To Top
error: Content is protected !!
Top