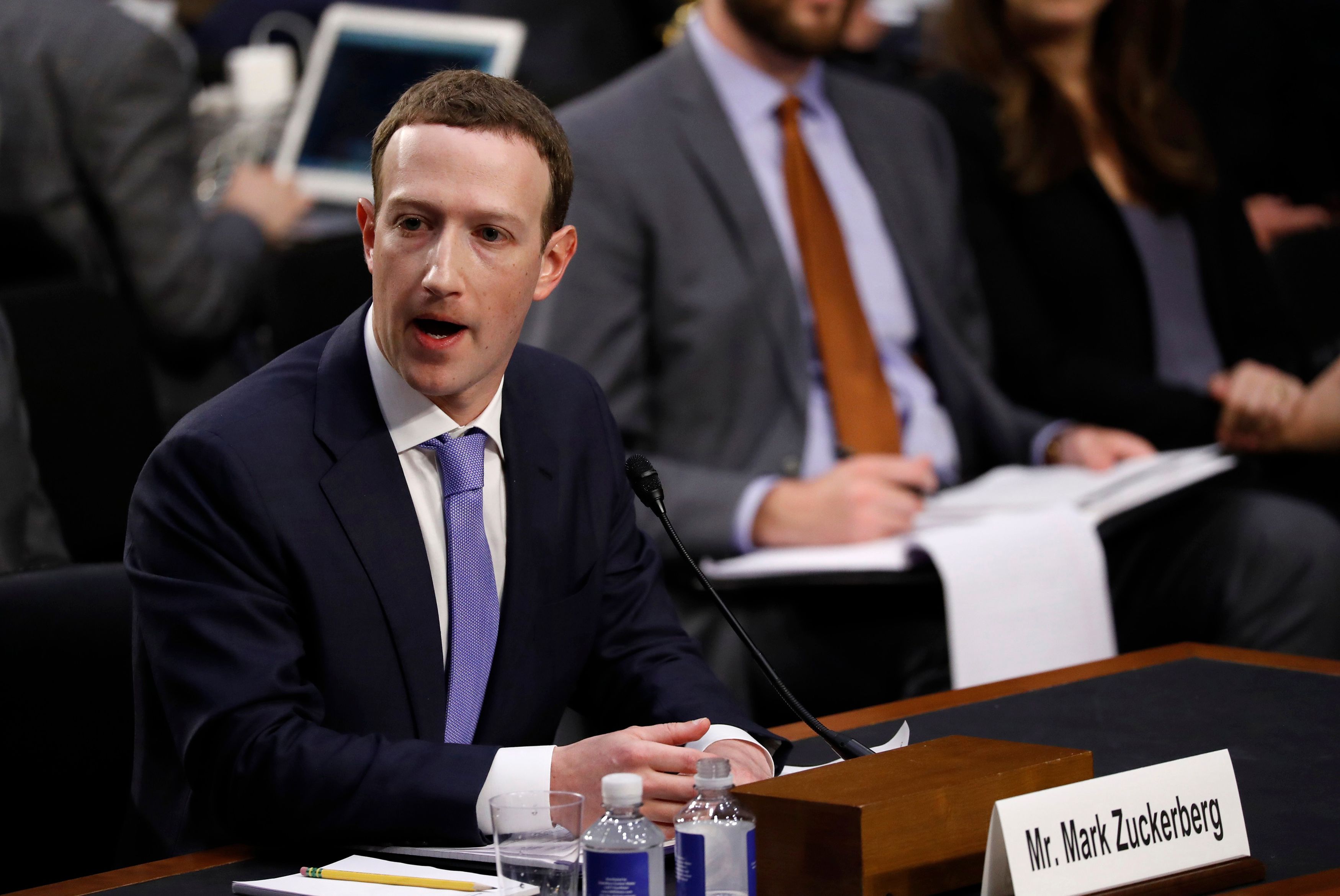 Facebook CEO Mark Zuckerberg testifies before a joint Senate Judiciary and Commerce Committees hearing regarding the company’s use and protection of user data, on Capitol Hill in Washington, U.S., April 10, 2018.

Facebook is now making changes to how it approaches political ad sales as it prepares for the 2020 presidential race. The company has stopped paying commission for political ad sales, Facebook’s global elections public policy director Katie Harbath told the Journal, reducing pressure on sales staff to push for more spending in that area. While Facebook staffers may help campaigns register to buy ads or assist in a customer service capacity, the ad-buying process is now largely self serve, the Journal reported. A Facebook spokesperson pointed to Harbath’s comments to the Journal.

The change comes as Facebook has been trying to beef up its efforts to fight misinformation on its platform, particularly when it comes to influencing elections. Facebook’s stock has climbed 39% in 2019 as investors have regained some confidence in the company’s ability to reform and retain users. During the U.S. midterm elections last year, Facebook set up a so-called war room where staffers monitored the platform for signs of fake news.

Facebook tightened political ad rules in the European Union in March ahead of its elections this month. The new rules require that political advertisers verify they live in the country they are targeting and ads must include contact information and disclosures identifying who paid for them.

Facebook said it made significant improvements in India around the country’s national elections. The company said it partnered with local fact checkers and has come up with more robust ways of verifying political ad buyers. Facebook claimed it took down more than 500 accounts and 138 pages linked to the country’s opposition Congress party for “coordinated inauthentic behavior.”

Still, it doesn’t take long for misinformation to spread when it falls through the cracks. The Oxford Internet Institute published a report this week that found stories with “deliberately misleading, deceptive or incorrect information” in the run-up to the EU elections received four times the engagement as content from mainstream outlets.

How to get MacBook keyboard fixed for free
Oracle founder Larry Ellison crushed on Tesla investment this year
To Top
error: Content is protected !!
Top