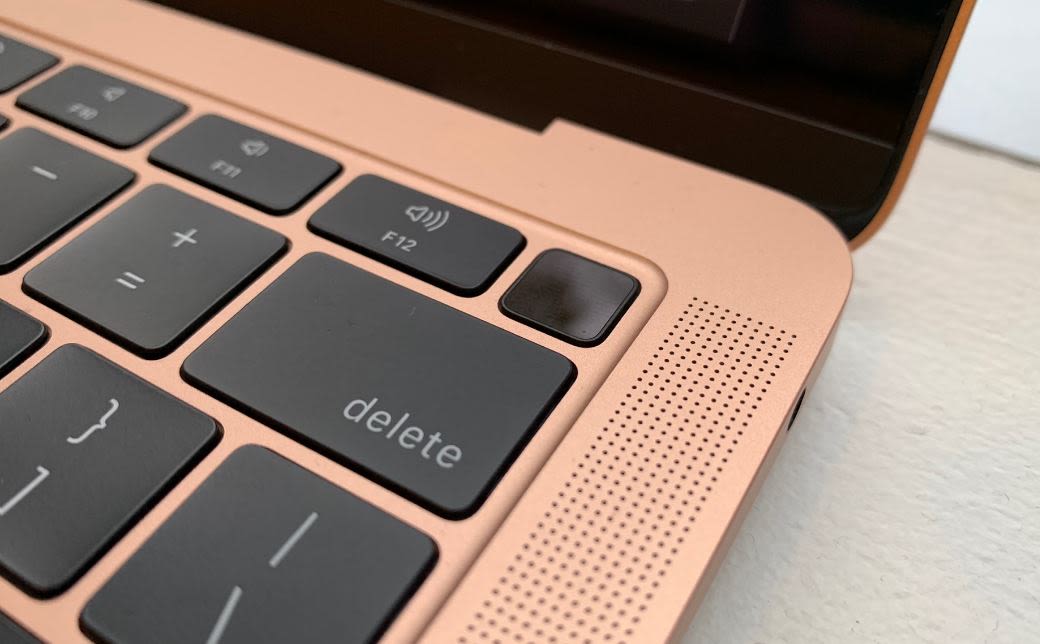 Touch ID on the MacBook Air

If you have one of Apple’s laptops with its “butterfly keyboard” and have experienced problems that makes it hard to type — whether a single key press outputs two letters or nothing at all — then you should take your laptop to Apple or one of its partners for a repair.

Apple said Tuesday it is now fixing issues on any of its eligible laptops — those with the newer-style butterfly keyboards that was introduced in early 2015 including MacBooks, the MacBook Pro and even the 2018 MacBook Air — free of charge. It was originally only fixing select models.

Apple said just a “small percentage of the keyboards in certain MacBook, MacBook Air and MacBook Pro models” may exhibit behaviors including letters or characters repeating unexpectedly, letters or characters don’t appear or keys feel sticky and don’t respond in a consistent matter. I’ve noticed this on my personal 2018 MacBook Air, which I bought only a few months ago, so you’re not alone if you’re having issues.

Here’s what you need to do.

How to get your MacBook keyboard replaced for free

Find an Apple Store or certified repair shop to get your Apple MacBook keyboard replaced for free.

If you’re not near an Apple Store or a certified repair shop, then you can mail in your laptop for a fix.

Apple says this is a worldwide repair program, so it’s fixing computers even outside of the United States. It also applies to models that have been purchased within four years, although that should cover most of the laptops mentioned above. And finally, if Apple finds more damage, or a reason outside of normal use that might have caused damage to your laptop — say you spilled on it — then it may need to replace more than just the keyboard and will charge you for the fix.