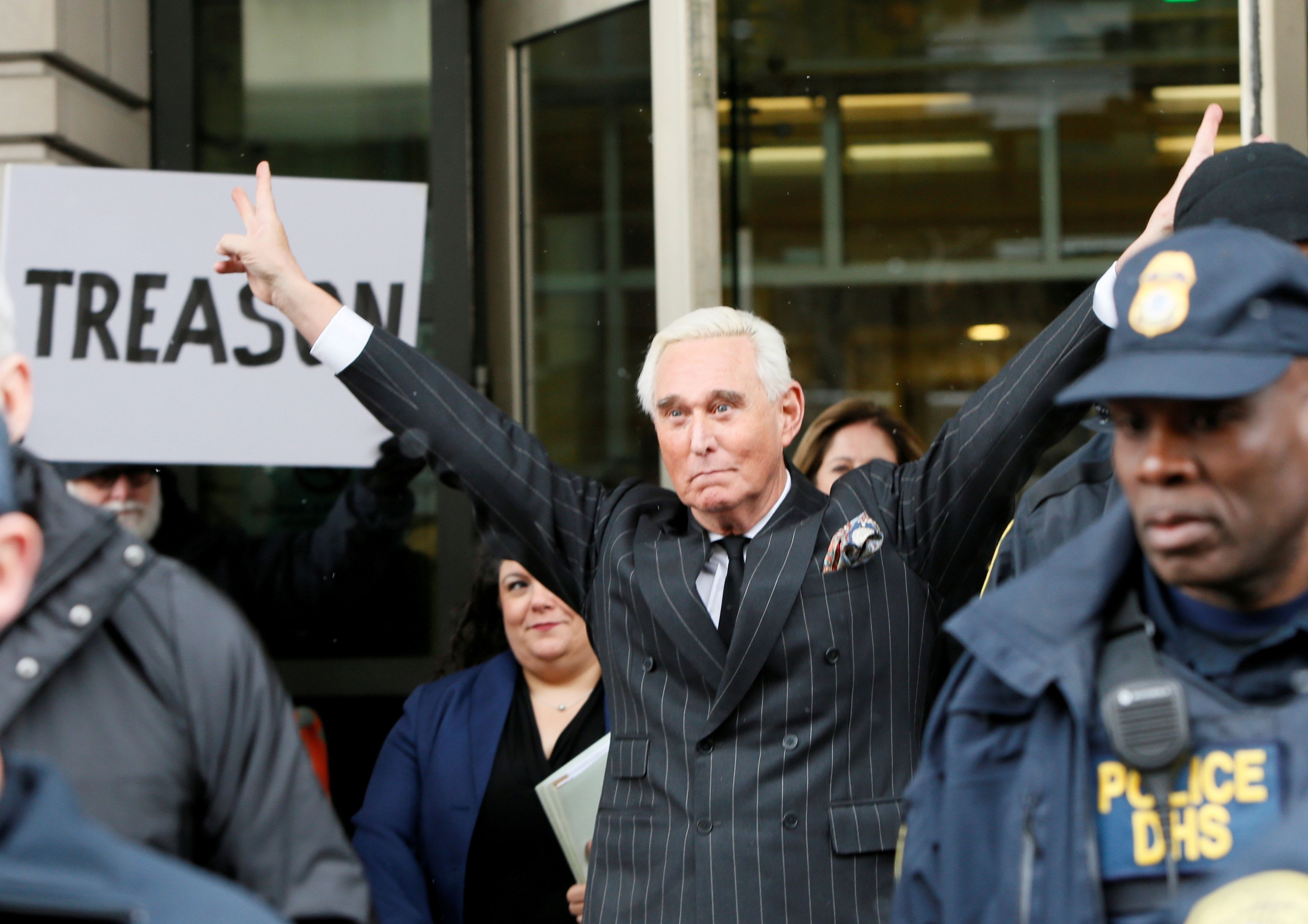 Roger Stone arrives for his sentencing at the E. Barrett Prettyman Courthouse in Washington, DC on February, 20, 2020.Marvin Joseph | The Washington Post | Getty ImagesFacebook on Wednesday announced it removed a network of more than 100 accounts and pages posting misinformation on the company’s social network with ties to Roger Stone, a longtime Republican operative and ally of President Donald Trump.”Our investigation linked this network to Roger Stone and his associates,” Facebook said in a statement.The network of “coordinated inauthentic behavior” used Facebook to pose as Florida residents and post misinformation regarding local politics in Florida, land and water resource bills in Florida, material released by Wikileaks ahead of the 2016 U.S. presidential election, and Stone’s trial as well as his websites, books and media appearances.The network was followed by more than 320,000 accounts across Facebook and Instagram. It consisted of 54 Facebook accounts, 50 Facebook pages and four Instagram accounts. The network spent $308,000 on Facebook ads.This group was also active on other internet services besides Facebook, the company said.The company began looking into this network as part of an investigation into the far-right group Proud Boys’ efforts to return to Facebook after it had been banned from the service in 2018.Stone was convicted last fall of lying to Congress, obstruction and witness tampering. The charges were brought by a grand jury as part of former special counsel Robert Mueller’s probe of Russian interference in the 2016 presidential election.Stone, 67, is currently scheduled to report to federal prison next week. His lawyers recently asked a federal appeals court in Washington, D.C., to delay his surrender date to at least early September, citing concerns about the spread of the coronavirus in correctional institutions.Stone has asked for clemency from Trump, who has signaled he may be considering a pardon or commutation of sentence. In June, for instance, the president tweeted that Stone “was a victim of a corrupt and illegal Witch Hunt, one which will go down as the greatest political crime in history. He can sleep well at night!”Stone’s social media presence has long been a source of controversy. Federal Judge Amy Berman Jackson, who in February imposed a 40-month prison sentence on Stone, slapped a strict gag order on the self-described “dirty trickster” in February 2019 after he posted a photo on Instagram showing the judge next to a rife scope’s crosshairs. In July 2019, Jackson banned Stone from major social media sites after ruling he breached his gag order.Stone did not respond to a request for comment.Neither the Justice Department nor the U.S Attorney’s Office for the District of Columbia, the entity that prosecuted Stone, immediately responded to requests for comment.Additionally, Facebook also removed a network of accounts focused on posting misinformation in Brazil with ties to Brazil President Jair Bolsonaro. the network consisted of 50 Facebook accounts, pages and groups and 38 Instagram accounts. The Facebook pages were followed by 883,000 accounts, and 917,000 users followed the Instagram accounts, the company said. Brazil’s Foreign Affairs Ministry did not immediately respond to a request for comment.– CNBC’s Kevin Breuninger and Dan Mangan contributed to this report.