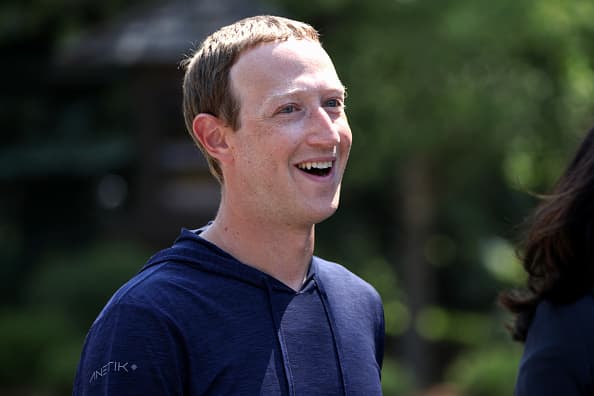 CEO of Facebook Mark Zuckerberg walks to lunch following a session at the Allen & Company Sun Valley Conference on July 08, 2021 in Sun Valley, Idaho.Kevin Dietsch | Getty ImagesFacebook CEO Mark Zuckerberg on Wednesday announced the company plans to pay out $1 billion through 2022 to users who create content for its Facebook and Instagram social networks.It’s one way the company hopes to attract influencers to create content for its platforms as it competes with other popular services, such as TikTok.”We want to build the best platforms for millions of creators to make a living, so we’re creating new programs to invest over $1 billion to reward creators for great content they create on Facebook and Instagram through 2022,” Zuckerberg wrote on Facebook. “Investing in creators isn’t new for us, but I’m excited to expand this work over time.”As part of this initiative, the company plans to roll out new bonus programs between now and the end of the year that will pay out creators for hitting specific milestones, Facebook said in a statement.Among the upcoming bonus programs is a Reels Summer Bonus that will launch in the coming weeks and pay U.S. users who create great Reels content for Instagram. Reels is a full-screen, short-length video feature that was launched by Instagram in 2020 to compete with content from TikTok.The company said it plans to launch dedicated spaces within its Instagram app this summer and the Facebook app this fall where creators can go to learn about bonuses that they can work toward.Over the past few months, Facebook has been rolling out new initiatives to pay out money to creators as a tactic to lure more influential social media users onto its services.In June, for example, the company announced that it would not take a cut of revenue generated by creators for paid online events, fan subscriptions, badges and Facebook’s upcoming independent news product until at least 2023. And in April, the company announced a number of new programs for creators to make money through Instagram.