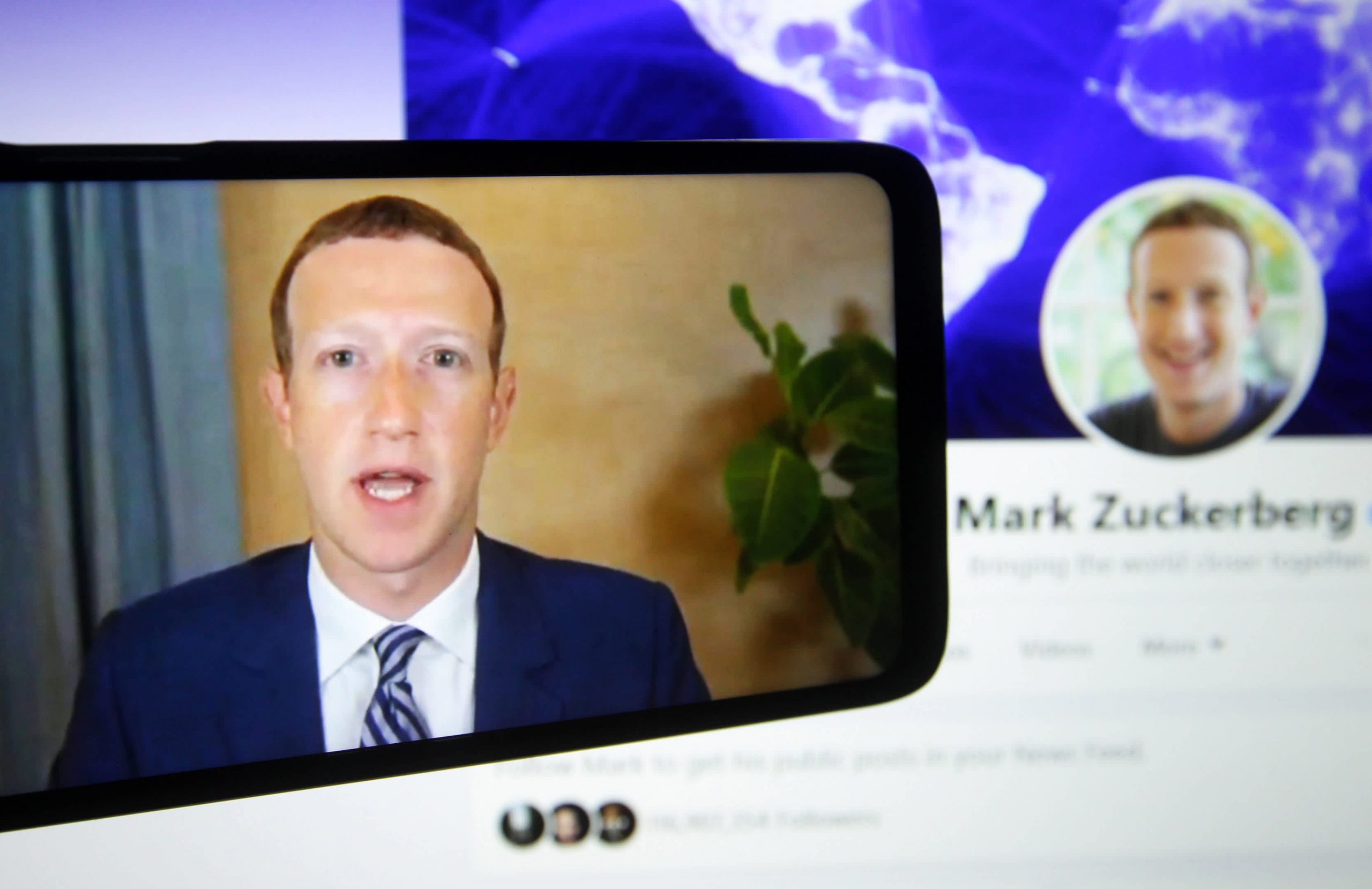 Free expression advocacy group PEN America, in a new report released Wednesday morning, called on Facebook, Instagram, Twitter and other social media platforms to implement product design changes to address harassment.The report says online harassment has a chilling effect on public discourse and disproportionately harms writers, journalists and other users who identify as women, people of color, LGBTQIA+ and religious and ethnic minorities.”Online abuse is a direct and pressing threat to free expression,” Viktorya Vilk, PEN America’s digital safety and free expression program director and one of the report’s authors, said in an interview.Product design recommendations outlined in the report, provided to CNBC in advance of its release, include:A dashboard that filters abusive content for users to review separately, similar to a spam folder in email systems.An “SOS” button for users experiencing overwhelming harassment that triggers additional protections and access to an emergency hotline for immediate support.A documentation feature that allows users to easily record incidents of abuse automatically or with one click.Account access for users’ trusted allies who can help manage abuse or harassment.Transparent, escalating repercussions for abusive online behavior.The report comes as lawmakers in Washington look to enact technology policy reform. Members of Congress on March 25 grilled Facebook CEO Mark Zuckerberg, Twitter CEO Jack Dorsey and Google CEO Sundar Pichai in a tense hearing about misinformation.”We’re hoping that the product design ideas, on the one hand, are such low hanging fruit that it’s a no-brainer, but on the other hand hopefully will inform these much broader and more intense conversations happening around regulatory reform,” Vilk said. “You can’t just revamp and reform policy, you have to revamp and reform product, too.”The report offers its recommendations to all technology companies but primarily focuses on Facebook, Instagram and Twitter as platforms used heavily by U.S.-based journalists and writers in their work.PEN America in the report cites interviews with roughly 50 individuals including researchers who study media and design, experts in online abuse and digital safety, representatives of technology companies, lawyers, newsroom leaders, writers and journalists. The group also conducted a literature review of more than 100 reports, articles and books, according to the report.Facebook, which also owns Instagram, told CNBC it will review the recommendations in the report and reiterated its commitment to making users feel safe on the two platforms. The company said it utilizes a strike system for violators of its community standards.The company pointed to current policies and features users can use to address unwanted contact on Facebook and Instagram — such as blocking or restricting accounts, adjusting message settings, controlling comments and limiting tags or mentions. Instagram in February also announced new measures to combat abuse sent through direct messages.A Twitter spokesperson said journalists are an important part of the platform and the company is working to keep users safe and free from abuse. Twitter highlighted features for users to address online harassment such as muting, blocking and limiting replies on conversations.”We also recently announced that we’ll be enabling a dedicated Safety Mode to allow people on Twitter to turn on proactive screening of spammy and abusive content,” the Twitter spokesperson said in a statement. “Many of the recommendations referenced are currently in use, or we have similar functions that work to achieve the same purpose.”A January study by Pew Research Center found 79% of surveyed Americans said social media companies are doing only a fair or poor job at addressing online harassment on their platforms.PEN America runs an Online Abuse Defense program that includes a Field Manual and training sessions aimed at helping writers, journalists and employers protect themselves and combat online harassment.Matt Bailey, PEN America’s digital freedom program director and another author of the report, told CNBC the recommendations also highlight room for communication between different platforms and establishing industry-wide norms about online abuse.”There’s need for dialogue and iterative and evolving approaches in the context of actually talking with and designing with the people who are most affected,” Bailey said.

Facebook’s acquisition of Giphy to face in-depth UK competition probe
Facebook will let users control more of what they see rather than forcing them to rely on algorithms
To Top
error: Content is protected !!
Top