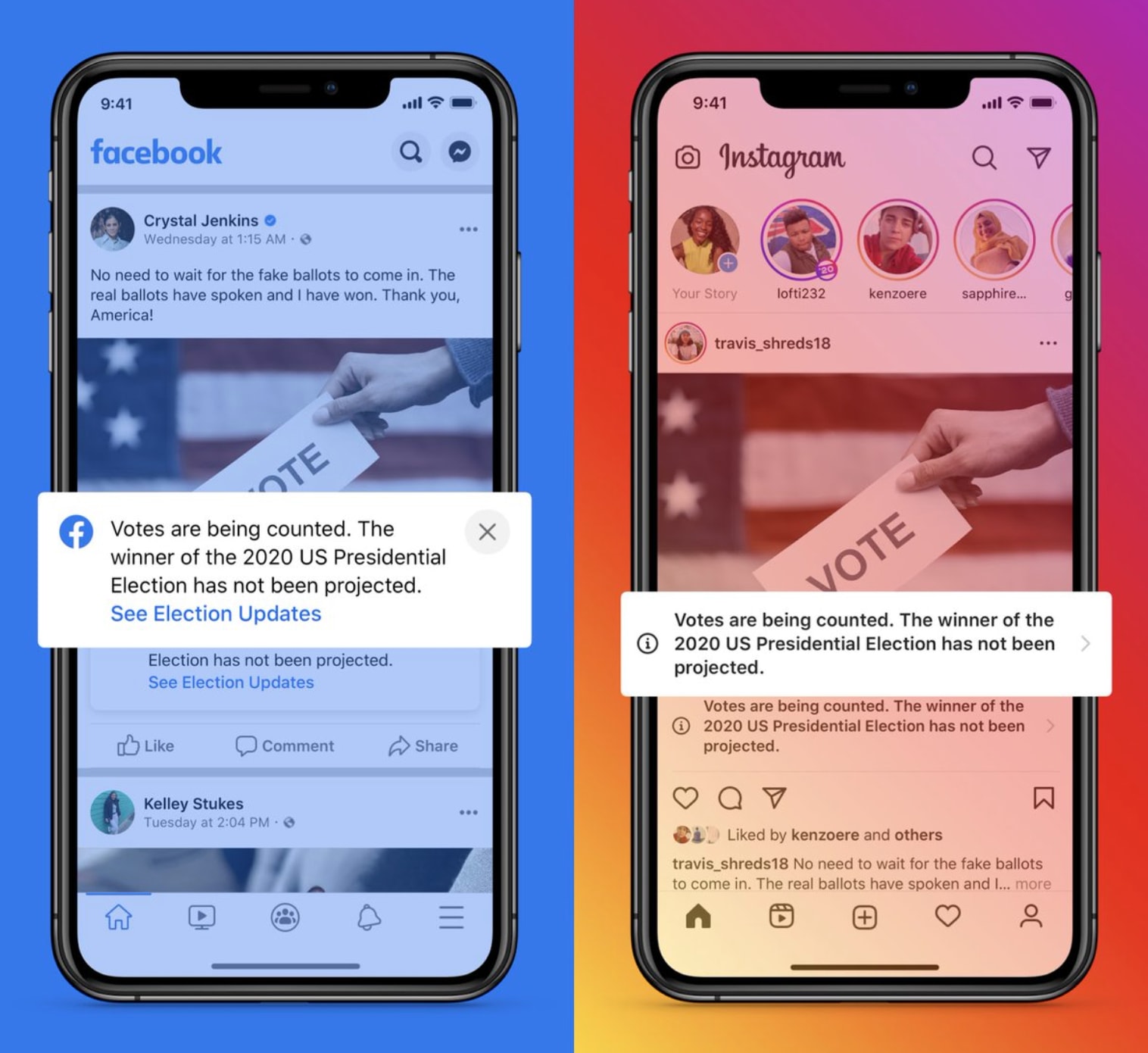 The founder and CEO of Facebook Mark Zuckerberg speaks during the 56th Munich Security Conference in Munich, southern Germany, on February 15, 2020.Christof Stache | AFP | Getty ImagesFacebook is gearing up for what could be a wild election night, and this includes providing users with accurate information should any candidate attempt to prematurely declare victory using the social network.The company in September announced that one step it would to protect the integrity of the U.S. elections would be to add a label to any post from a candidate or campaign that tries to declare victory before the final results are in. These labels will direct users to official results provided by Reuters and the National Election Pool.Here’s what those labels will look like:Axios on Sunday reported that President Donald Trump has told those around him that he’ll declare victory on Tuesday night if he appears to be ahead.Additionally, Facebook has set up a voting information center that will provide users with accurate information about the election, and the company said it will label any content that seeks to delegitimize the outcome of the election.Twitter has also said it will label tweets that claim a win before an election is authoritatively called.