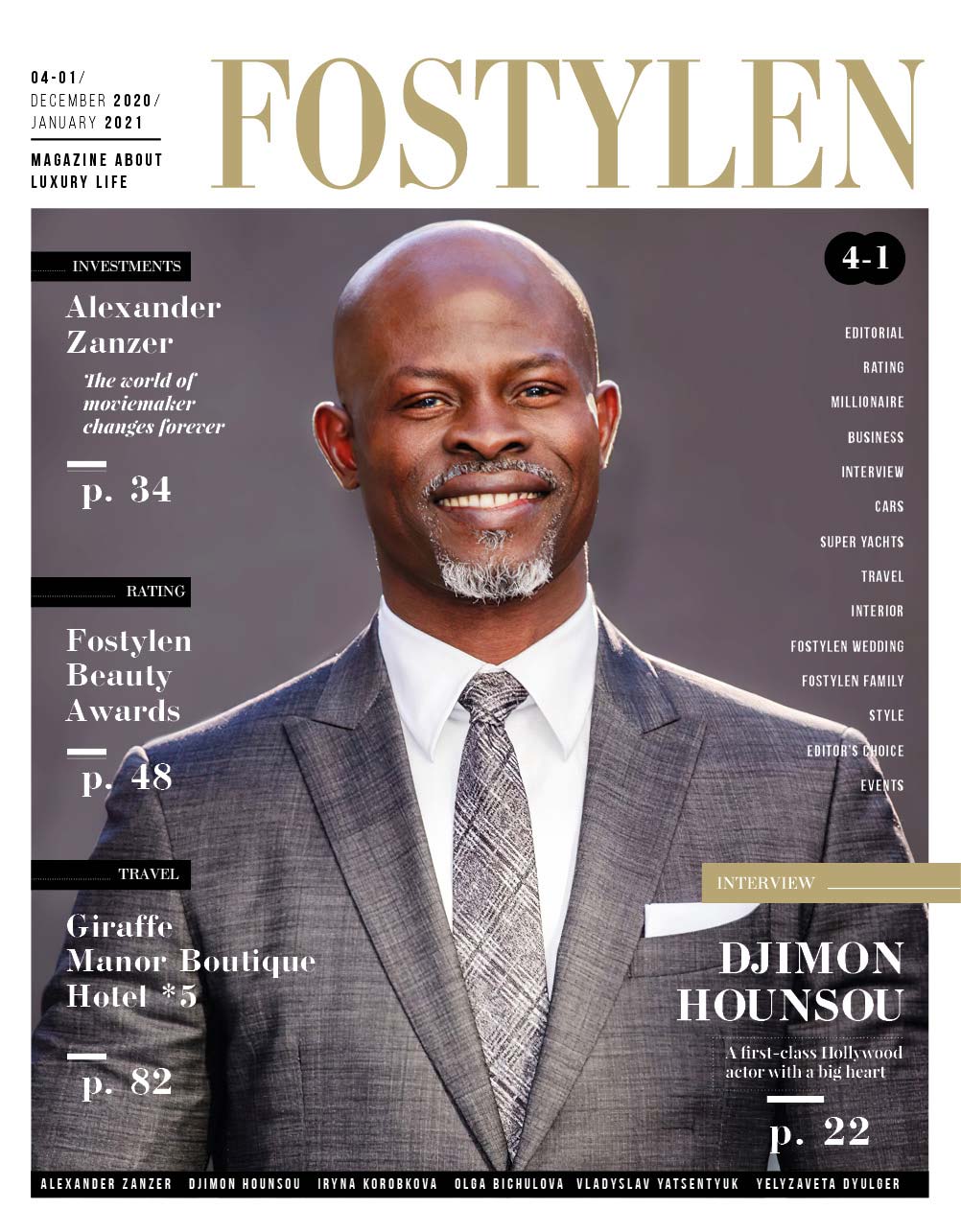 Fostylen magazine is an international publication, which, thanks to its chief editor Elvira Gavrilova, has become widely known in Asia and many European countries, like Poland, Portugal, Monaco, Great Britain, France, and others.

Monarchs, influential businessmen, politicians, world-famous models appeared on the Fostylen covers (former Financoff). However, Elvira Gavrilova has recently intrigued her Instagram followers by announcing the Fostylen December-January cover with Hollywood actor Djimon Hounsou as the main character of the issue.

Elvira Gavrilova kept the name of the cover face in secret for several weeks. Subscribers of the chief editor’s official Instagram page have been lost in doubts all this time, and no one has managed to guess the name of the hero of the holiday issue.

Djimon Gaston Hounsou is a well-known Hollywood actor, two-time Oscar nominee (Blood Diamond, In America). Djimon has more than 30 different roles in cult films. Besides, the actor has an active social position and is the founder of his own charitable Djimon Hounsou Foundation.

Elvira Gavrilova planned to meet Djimon Hounsou in Hollywood to interview him for Fostylen, but the meeting had to be canceled due to the coronavirus. However, the interview still took place in Zoom and, as Elvira herself says, “it turned out to be very interesting and informative.”

Our editorial board is looking forward to the release of the new Fostylen issue and the interview with Djimon Hounsou. We wonder, who will be the hero of the Fostylen February issue?