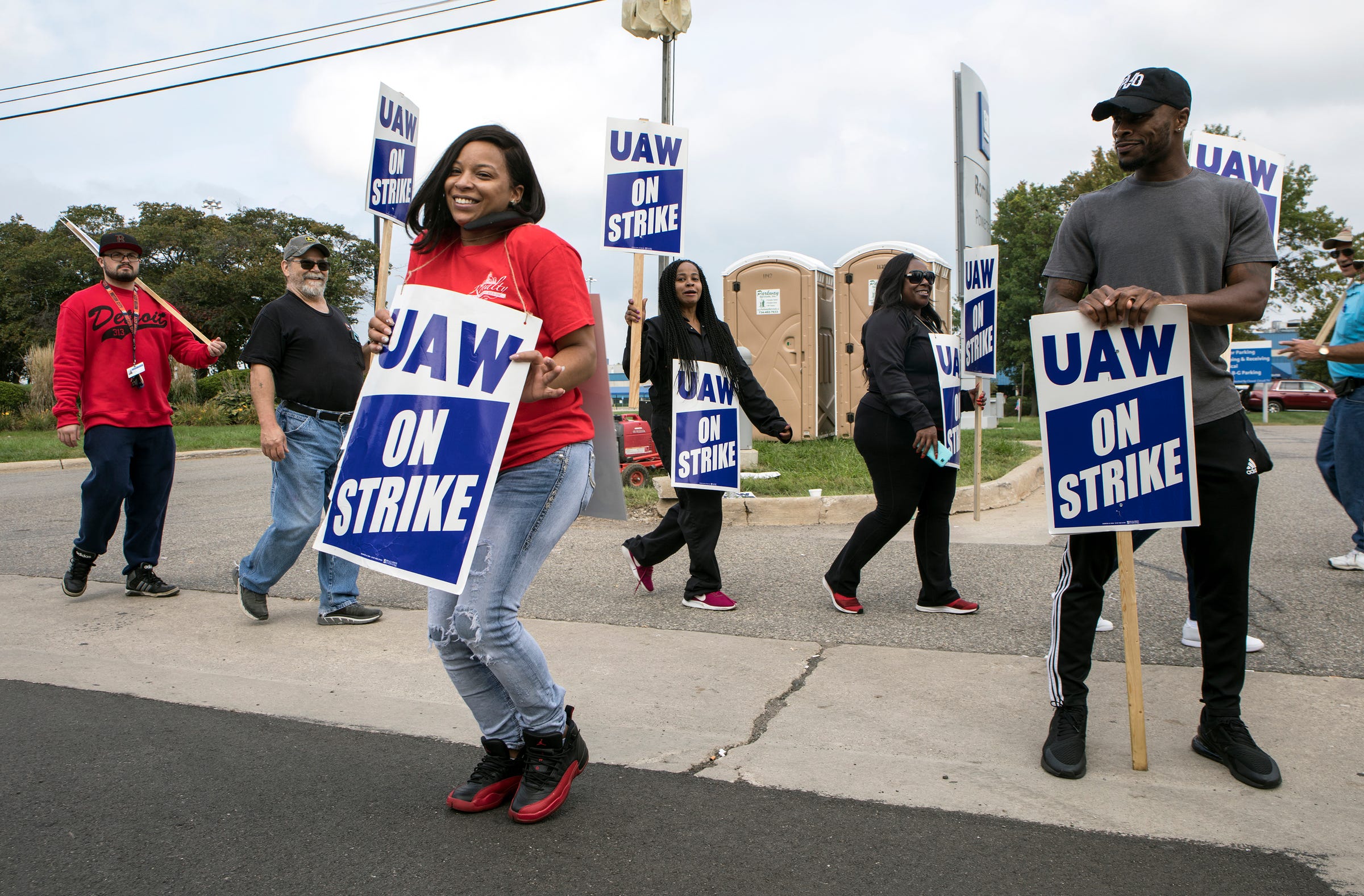 DETROIT – Within 36 hours of the United Automobile Workers strike against General Motors, the Detroit automaker announced a decision to shift worker health care payments to the union immediately – a strategy that risks dragging out the strike, labor negotiators say.

“They’re pouring gasoline on the fire,” said Harry Katz, the Jack Sheinkman Professor of Collective Bargaining at the School of Industrial & Labor Relations at Cornell University.

“This induces the workers to get more angry. GM thinks this will scare them or get them to rethink the cost of their benefits. I think it’s going to backfire. It’s quick, rash and insensitive.”

In response to criticism, GM spokesman Pat Morrissey referred to the company’s statement released Tuesday: “We understand strikes are difficult and disruptive to families. While on strike, some benefits shift to being funded by the union’s strike fund, and in this case hourly employees are eligible for union-paid COBRA so their health care benefits can continue.”

Katz, though, compared the tone of the move to how GM abruptly announced planned factory shutdowns in November prior to contract negotiations, alienating workers in a way that made global news.

The UAW said its lawyers are reviewing the move, which forces the union to more quickly tap its strike fund, which exceeds $750 million. Worker coverage would be picked up by COBRA, but the logistics are frightening to families of the 46,000 hourly workers during this time of uncertainty.

“This was done as a scare tactic,” said a UAW source close to the negotiations. “It was unnecessary.”

Legal experts nationally question the wisdom of the decision.

“This would really lay down the gauntlet,” said William B. Gould IV, emeritus professor of law at Stanford University and former chairman of the National Labor Relations Board. “It certainly shows GM is playing hardball in a big way. I think it’s a calculated decision to pressure the union. But it’s like throwing a red flag before the bull.”

It’s possible GM doesn’t believe that a prompt resolution can be realized unless the union can be squeezed, Gould observed.

In fact, a person familiar with negotiations told the Free Press that union negotiators have been distracted by legal activity involving the federal corruption investigation of the union.

Union has cash to fight

Sources close to the negotiations said if the conflict “was likely to end in two or three days,” GM “may have gone a different route” and “just continued paying their health care.” But the situation felt “stagnant.” And GM reacted.

This illustrates missed opportunity, said Harley Shaiken, a labor expert based at the University of California, Berkeley whose grandfather worked at Ford Motor Co.

“This might have been a moment for a gesture by GM meant to show workers their value,” he said. “This was a moment to rise above. And they didn’t. This was an ill-considered move that will anger ordinary UAW members without any corresponding gain for the corporation.”

The cost of lost production alone has been estimated at $50 million a day, analyst Dan Levy Credit Suisse wrote in a client note. Other analysts have estimated total costs to be twice that, depending on how calculations are done.

Sources close to the negotiations say union officials have no problem absorbing the cost of health benefit payments in addition to paying $250 a week in strike pay, but making the payments retroactive to Sunday’s strike start came across as intentionally jarring – in a manner designed to startle GM workers.

“How is GM not worried about how workers would feel about this? They helped save this company when it was going bankrupt and here they’re on strike for a day or two and the company does this. It doesn’t build good will,” said a source close to the UAW negotiations, noting that the union has a large strike fund. “Many unions couldn’t weather this situation.”

At the same time, Katz pointed out, workers see strong GM profits and high executive pay as well as outsourcing to foreign countries.

“This whole situation is symptomatic of GM’s insensitivity and lack of finesse in how it deals with relationships with the UAW and workers,” he said. “Workers feel solidarity with each other. While there are accusations that some top executives at the UAW have acted corruptly or collusively, the union has loyalty within its ranks.”

Kate Andrias, a professor of labor and employment law at the University of Michigan, said the “aggressive” actions by GM send a clear message that leaves little to interpretation.

“It doesn’t communicate respect to the workers,” she said.

“They’re viewing a lot of things as a zero sum game, win or lose, and there are solutions that can be found through problem solving,” Katz said, citing how the UAW successfully took over control of its retirees’ health care benefits via a trust fund created a decade ago.

While the UAW members in Detroit are debating health care benefits for autoworkers, union members in other parts of the country are shipping support teams to strike sites. And dues from UAW members outside the auto industry help fuel the strike fund.

“I’m proud to pay dues and proud to pay into the strike fund,” said Neal Sweeney, a former neuroscience researcher at the University of California, Santa Cruz who has studied how stem cells can be used to treat degenerative eye diseases such as glaucoma and macular degeneration. His union local recently organized 5,000 more academic researchers as UAW members in the UC system.

“Our employer sees that strike fund as a huge point of leverage for us,” he said this week. “In this case, GM is making record profits. Its CEO gets $21 million. If the workers are striking, cars don’t get built. In our case, research doesn’t get done and classes don’t get taught.”

College campuses are among the fastest growing sources of union members, and include graduate workers at Boston College, Harvard and Columbia University. Other groups include casino workers, aerospace engineers and agricultural workers. UAW members based in the University of California, California State University and Lawrence Berkeley National Laboratory – which specializes in supercomputing, clean energy and atomic science.

“In places like Lordstown, Detroit, Flint – all these places have seen a loss of good paying industry jobs,” said Sweeney, who now serves as vice president of UAW Local 5810. “GM is making record profits. I support my brothers and sisters.”

He said in February 2018: “Growing up in the Detroit area, I was cognizant that the working conditions won by UAW members affected millions of other workers in other industries far beyond the auto sector.”

Mary Jo Burchart of Lake Orion, whose husband Ralph is a GM die designer who left for the Flint Tool and Dye picket line at 5 a.m. Wednesday, said her family is “frustrated” by GM’s decision to switch health care coverage.

“You know, the workers feel disrespected by GM. They made sacrifices back when the car company was doing poorly and they want to be financially righted for that,” she said. “For GM to yank health care coverage is very unsettling. It does not show a level of respect for the workers, which is unfortunate.”