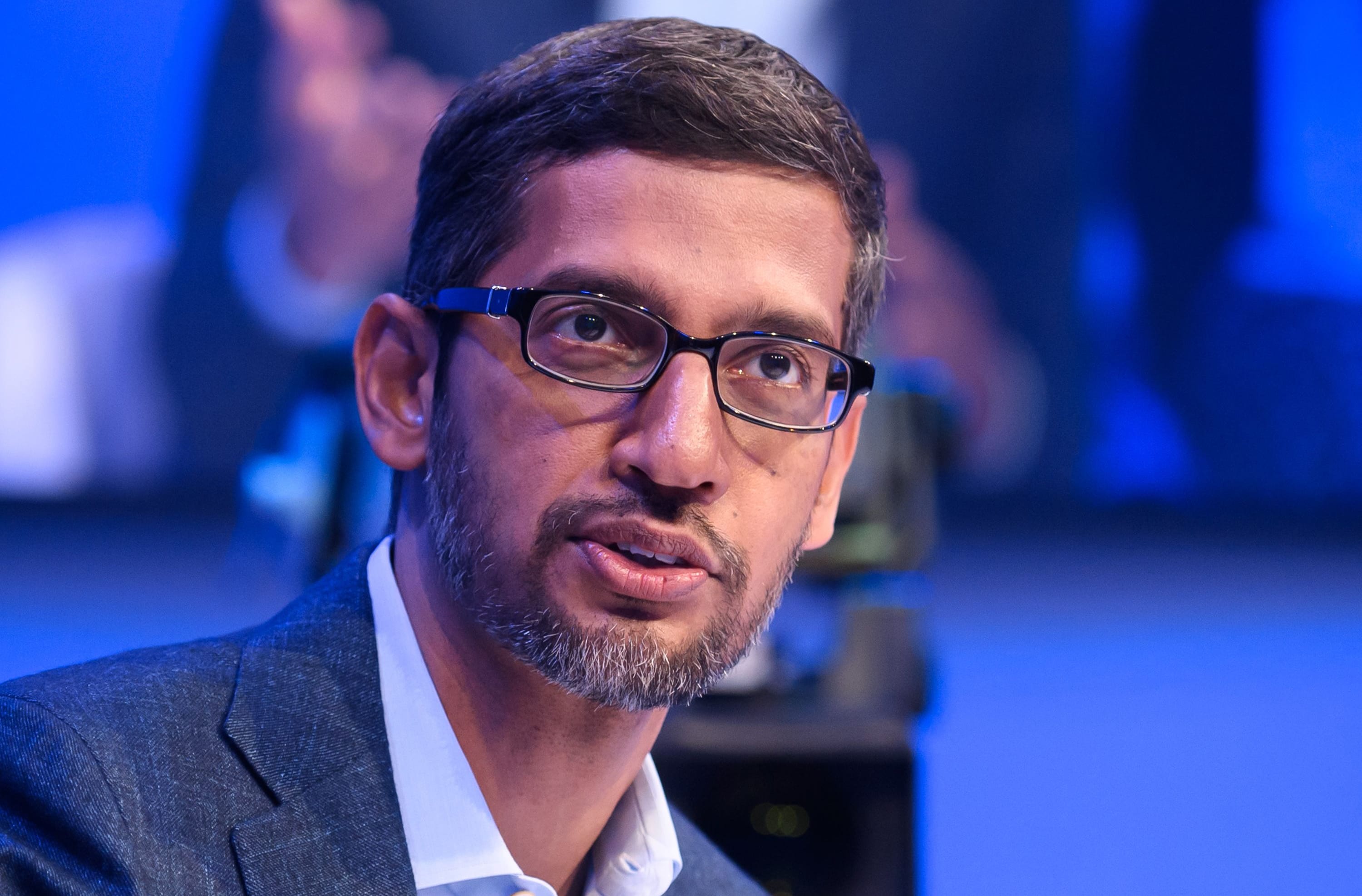 Alphabet CEO Sundar Pichai gestures during a session at the World Economic Forum (WEF) annual meeting in Davos, on January 22, 2020.Fabrice Coffrini | AFP | Getty ImagesGoogle will see a 5.3% drop in US advertising revenue in 2020, eMarketer predicted in a new report, marking the first decline in ad revenue growth since the research firm began modeling the business in 2008.EMarketer forecasts that Google will earn $39.58 billion in U.S. advertising revenue this year, compared with $41.80 billion in 2019. The firm expects revenue to rebound by more than 20% in 2021 and to see 11.8% growth in 2022. Despite the decline, Google’s ad revenues will still exceed the $36.48 billion earned in 2018, however.The report shows that even Google’s robust ad business will take a significant hit as the coronavirus pandemic continues to ravage businesses. While U.S. ad revenue on YouTube will continue to grow, according to eMarketer, it won’t make up for the 7.2% drop in U.S. net search ad revenue expected this year.eMarketer Google ad revenues predictionseMarketerThe report also signals that Google is continuing to cede advertising market share to Facebook and Amazon, which eMarketer expects will grow their businesses this year. Google has grown its U.S. ad revenue at a slower rate than the overall digital ad market since 2016, according to eMarketer principal analyst Nicole Perrin.Google shares were up about 1%at midday, despite the analysis, which was first reported by The Wall Street Journal.Marketing budgets are often some of the first expenses to be cut during economic upheaval. Google cut its marketing budgets by as much as half, according to internal documents previously viewed by CNBC, and management warned of a hiring freeze. In an April memo, Google CEO Sundar Pichai told employees, “Just like the 2008 financial crisis, the entire global economy is hurting, and Google and Alphabet are not immune to the effects of this global pandemic.”Perrin said that spending from the travel industry had an outsize impact on Google’s advertising business compared with those of Facebook and Amazon. The travel industry has been among the hardest hit as the pandemic virtually ground travel to a halt over fears of spreading the virus.In an interview on CNBC’s “Squawk Box” in April, Expedia Group Chairman Barry Diller said the travel company would not even spend one-fifth of the $5 billion it usually pours into advertising. Expedia and its peer Booking Holdings typically spend heavily on Google, though both have complained of the company’s tactics, including building its own travel search products that compete with their own.By comparison, Facebook, will see its advertising revenue continue to grow this year, though at a much slower rate. The company reported $29.95 billion in advertising revenue in 2019, a 26.1% increase from the previous year. EMarketer expects Facebook to see ad revenue grow by 4.9% this year to $31.43 billion before seeing its growth reaccelerate next year. Amazon will also grow its digital advertising business this year, eMarketer predicts. Though it holds a smaller portion of the pie, Amazon’s ad business accounted for $10.32 billion in revenue last year and eMarketer expects it will grow to $12.75 billion in 2020. Facebook and Amazon’s growth during the pandemic will help them creep up on Google’s No. 1 spot in the digital advertising market. Last year, Google held 31.6% of total digital advertising spending with Facebook and Amazon holding 22.7% and 7.8% respectively, according to eMarketer. This year, the firm expects Google to claim 29.4% of digital ad spending with Facebook and Amazon clawing 23.4% and 9.5%, respectively.A Google spokesperson declined to comment on financials outside of the company’s earnings report. In its last quarter earnings presentation, Google CFO Ruth Porat told analysts the company saw a dip in revenue in March when the pandemic picked up in the U.S. But shares spiked after hours on the report as executives painted a more optimistic view of future spending than investors had previously feared.Subscribe to CNBC on YouTube.WATCH: How businesses are adapting their marketing strategies to survive lockdownCorrection: EMarketer reports Google’s U.S. ad revenue is expected to decline this year. An earlier headline misstated the scope of the decline.

SoftBank plans to sell up to $21 billion worth of T-Mobile stock
Nanobeak Biotech CEO quits police board over Muslim profiling tweets
To Top
error: Content is protected !!
Top