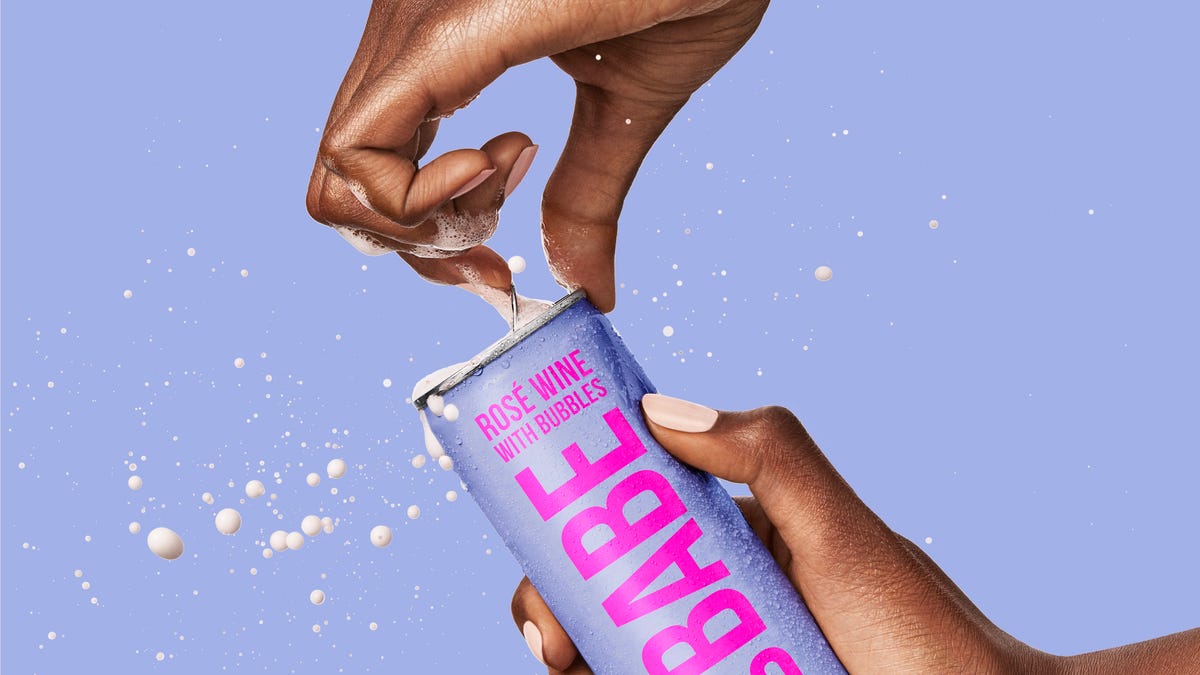 | USA TODAY
Bud Light, Michelob Ultra unveil new hard seltzer flavors for 2021The hard seltzer trend isn’t going away anytime soon as Bud Light and Michelob Ultra roll out coolers full of new flavors and products.USA TODAYWine and hard seltzer are appealing for different reasons and for different occasions. But now, Babe wine, an Anheuser-Busch brand, is trying to offer the best of both worlds with its newest addition. Babe 100 Rosé, which launched nationally Wednesday, is a 100-calorie canned sparkling wine with zero grams of sugar and 6.9% alcohol content – the equivalent of one glass of wine, according to the brand.The sparkling canned wine combines the distinct taste of rosé with the low-calorie, low-sugar characteristics of hard seltzer. “We wanted to balance the scales a little for what people define seltzer as today,” Chelsea Phillips, general manager of the Babe brand, told USA TODAY, referring to the fizzy drink’s growing presence. “There is something we call ‘seltzer fatigue’ in our office; we’re also all interested in seltzer but we’re kind of tired of the taste profile.”The low-cal canned rosé, which had a successful soft launch in San Diego last year, according to Phillips, aims to solve that and challenge the array of new hard seltzer flavors already on the market in the new year.“Seltzer is one of the fastest-growing categories in alcohol, and over one-third of seltzer drinkers came from wine,” Phillips said in a release.And Babe 100 Rosé drinks more like a seltzer than a heavier glass of wine. But, make no mistake, Babe 100 is not a seltzer.Hard seltzer is made like a beer, but instead of barley or another grain, brewers use a sugar base, which allows the drink to be gluten-free. Hard seltzer is categorized as a flavored malt beverage within the broader beer category. Babe does not use malt in any of its beverages.”In this case the alcohol and taste is entirely derived from just wine,” Phillips said. Babe 100 Rosé is made with three ingredients: wine, water and carbon dioxide. And it contains more alcohol than a hard seltzer typically would. Hard seltzers average about 5% alcohol-by-volume – though some seltzer options are higher, such as Bud Light Platinum Seltzer at 8% alcohol by volume. “You’re still getting a good bang for your buck – a good kind of alcohol-percentage-to-calorie ratio,” Phillips said.The typical glass of wine averages at about 12% alcohol by volume, Ginger Hultin, spokesperson for the Academy of Nutrition and Dietetics and owner of ChampagneNutrition, told USA TODAY, noting that while that’s the average, wines can vary between 5% to higher than 23% alcohol content, which also creates a range of caloric options.The average number of calories in a glass of wine sits at about 125. “Lower ABV will be closer to 100 while higher ABV can get up to 200 calories in a 5-ounce pour,” Hultin said.A can of Babe Rosé – part of the Babe original lineup, according to Phillips – contains 206 calories, 4.5 grams of sugar, and 12% alcohol content, as opposed to the new, 100-calorie, no-sugar 6.9% alcohol option – fewer than half the calories and just over half the alcohol content.Both cans contain 250 mililiters of wine, or about 8.45 fluid ounces, more than a standard 5-ounce pour of wine.Side by side, a sip of Babe Rosé and a sip of Babe 100 Rosé are definitely different. Babe Rosé is sweeter and feels more dense on the tongue while Babe 100 Rosé is crisp and less glacé. Though the taste of the rosé is less in-your-face, the drink isn’t any less satisfying.”It’s very fast finishing, which makes it very drinkable,” Phillips said, noting it doesn’t have to be paired with a specific meal. And it’s a flexible option in a can.”You don’t want to be confined to a place where you have a corkscrew and glasses to be able to enjoy wine.”Babe 100 Rosé is available in stores across the nation in a four pack for $9.99.Siblings to Babe 100 Rosé, Babe 100 Grigio and Babe 100 Red, will be available nationwide later this year by summer or fall, though a variety pack containing the three Babe 100 flavors has been released on a limited basis online.

Aunt Jemima brand to be renamed Pearl Milling Company with new syrup, pancake boxes coming in June
Coach Outlet bags are up to 75% off right now plus an extra 15% off select styles
To Top
error: Content is protected !!
Top