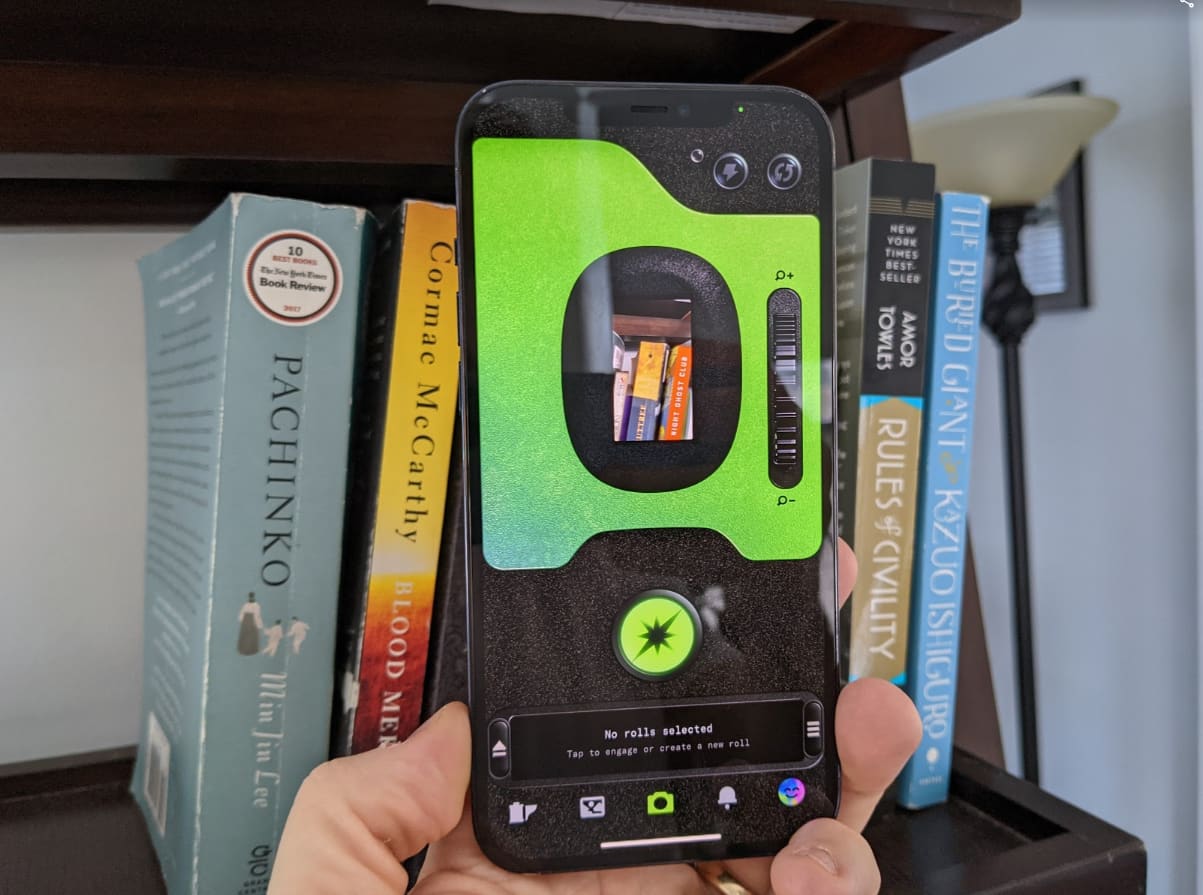 Dispo for iPhoneTodd Haselton | CNBCEverybody’s buzzing about Dispo, a new, invite-only app that brings back some of the fun of a disposable camera. It was created by David Dobrik, a popular YouTuber who gained early fame on the now-defunct social network Vine. As of Thursday, it’s the fifth most popular photo and video app for iPhone, ahead of Google Photos.You can think of it like Instagram or VSCO, but without immediate access to the pictures you take. You also can’t edit pictures and it’s less social.Dispo’s concept is simple, which is part of the appeal in an era where people seem to need immediate gratification. There’s a view finder, controls for zoom and a flash. You can take as many pictures as you’d like, but the pictures need time to “develop.” You can’t see them until the following morning at 9 a.m.After the pictures appear in the app, Dispo users can choose to post them to either a solo or shared “roll” with other users. You can also just keep them in your library.The catch is that there’s no editing or captions, so users can be in the moment and pictures can be more casual.I started using the beta version of Dispo a couple of weeks ago, because of its hype on Twitter, and have since switched to the full version. I still feel like I haven’t figured everything out, so I wanted to walk you through what it’s like. A word of warning: it’s still invite-only, so you need an invite from someone who’s already using it. Or you can download it and sign up for a waiting list.Here’s a look at the main screenDispo for iPhoneJessica Bursztynsky | CNBCThis is the screen you see when you’re ready to start snapping pictures, creating rolls (albums) and finding friends. It’s important to take time and familiarize yourself with the app so you can get the full benefits. It’s really simple: there’s a slider on the right for zoom, a tiny viewfinder in the middle, an option for flash on the top right and a way for you to flip the camera forward.This is the Dispo photo libraryThis screen shows you all of the pictures you’ve snapped broken down by date. You can also visit tabs to see your favorite pictures and saved pictures. There’s not much to it. There’s no way to sort or change the pictures in any way. It’s just like looking at a photo album.Here’s a sample photo of a picture I tookDispo app for iPhoneJessica Bursztynsky | CNBCDispo applies a filter for you, but you can’t change it or modify the picture in any way. That makes it a bit more like developing film from a disposable camera. You get what it gives you and that’s it. As someone who posts on Instagram three times a year, I’m a big fan of not having the option to edit the images.It’s sort of socialDispo app for iPhoneJessica Bursztynsky | CNBCYou can follow people, like and comment on their pictures. But you can’t send messages or anything like that, and the focus truly is on the pictures. Unlike other social networks, it doesn’t tap into Facebook or other apps to suggest friends. You have to search for the person you want to follow.These are camera rollsDispo app for iPhoneJessica Bursztynsky | CNBCHere’s how you create and can find different albums. People can also collaborate on them. So, say, you’re all at the same party post-Covid, your friends can take their own pictures and add them to a shared roll. I’ve used private rolls to lump all of my weekend pictures together, but I’m looking forward to having shared rolls with friends so we can recreate passing around a disposable camera.That’s itAnd that’s a quick look at Dispo. It’s a really simple app. You might find the delay in seeing your photos appealing, especially if you’ve felt a little burdened by the oversharing and overediting on other social networks. It forces you to be more casual, instead of obsessing over a filter or perceived flaw.