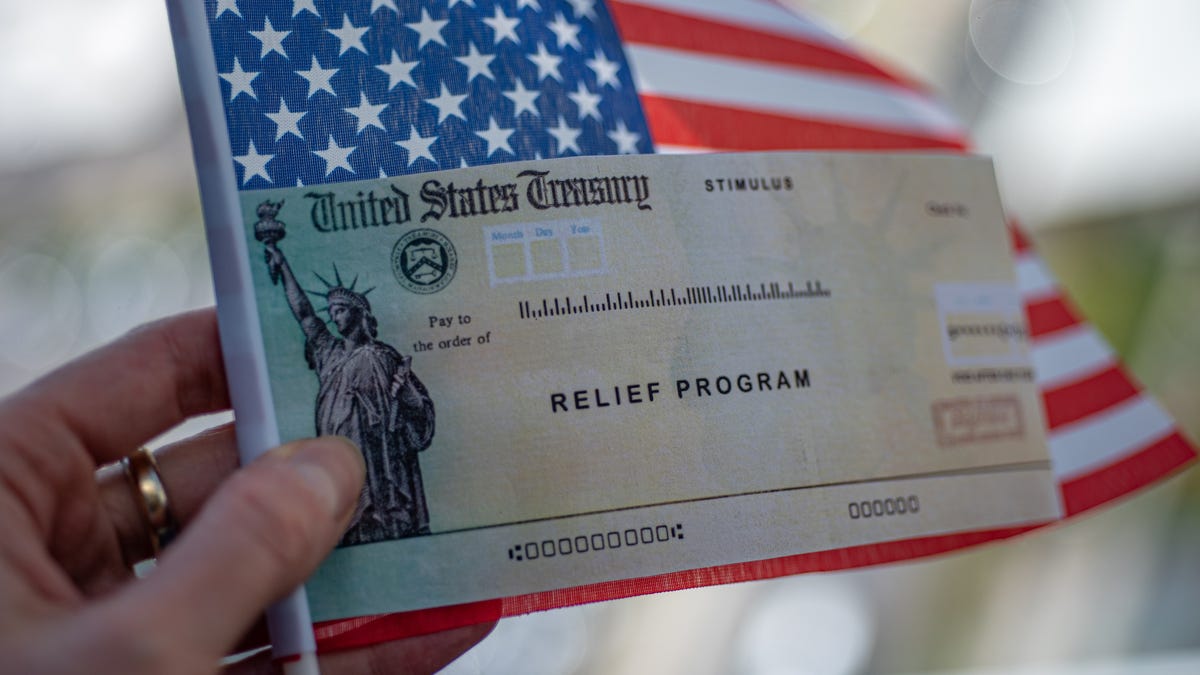 | USA TODAY
New COVID-19 relief: More stimulus checks and unemployment benefitsLawmakers struck a nearly $900 billion COVID-19 relief deal including another round of stimulus checks and jobless benefits for struggling Americans.Staff video, USA TODAYCongress has passed a COVID-19 relief bill that will provide a second round of stimulus checks to millions of Americans as soon as next week — assuming President Trump doesn’t veto it.But not everyone is eligible for those direct payments. Many students, for instance, don’t qualify. Neither do immigrants who don’t have a Social Security number. Some elderly and disabled people won’t get a check either, along with high-wage earners.The payments, which aim to give Americans a quick cash infusion, will be distributed if  Trump signs the bill into federal law. That routine signing was upended late Tuesday when the president criticized the bill and urged Congress to increase the stimulus checks to $2,000 from $600, although he stopped short of threatening to veto it. COVID-19 relief package: $600 stimulus checks, $300 bonus for federal unemployment benefits in new dealAmericans still face lapse in aid: Unemployment benefits could be delayed for millions even with COVID-19 relief packageHere’s who will be left out once the checks start arriving:High-wage earnersIf your income is too high, you won’t get a check. The payments are phased out for Americans at income thresholds based on their 2019 tax returns.For instance, individuals earning up to $75,000, and couples making less than $150,000 will receive the full, one-time amount of $600, which is half the value of the first round of $1,200 checks issued under the CARES Act in March. The amount drops by $5 for every $100 of income above those income thresholds. It will phase out completely at $87,000 for individuals and $174,000 for couples.If you claimed the head of household filing status on your tax return, you won’t get a payment if your adjusted gross income exceeds $124,500.Unemployed high-wage earnersEligibility for stimulus checks will be determined by 2019 tax returns, a change from the first round of payments that were based on 2018 or 2019 tax returns. That could change how much you receive and whether you get a second check. If you earned more than $87,000 last year but are unemployed in 2020, you won’t be eligible for a payment.Stimulus checks: Most Americans to receive $600 coronavirus relief checksStudentsStudents age 17 or older don’t qualify for a stimulus check if their parents or guardians claim them as dependents. That means the stimulus excludes millions of high school and college-aged Americans.Their parents also won’t get a payment of $600 per child that the new stimulus package offers. It applies only to children 16 and younger. There is no cap on the number of child dependents that a household can claims, so a family of four would receive up to $2,400.Some elderly and disabled adultsAdult dependents don’t qualify for a check, which means an elderly parent or family member living under the care of an adult child that is claimed as a dependent won’t get a direct payment. Some immigrantsThose without Social Security numbers, typically unauthorized immigrants, aren’t eligible. Some immigrants qualify for a stimulus check if they meet the eligibility criteria and have a valid Social Security number. Immigrants with green cards or H-1B and H-2A work visas are eligible for a check. Non-resident aliens, temporary workers and immigrants in the country illegally aren’t eligible.But mixed-status households, or those where a family member doesn’t have a Social Security number but others do, will be eligible for stimulus payments, a key change from the CARES Act. Under that legislation, households that had a single member without a Social Security number were disqualified from receiving a payment.The latest measure, however, would allow U.S. citizens who are married to foreign nationals without Social Security numbers to receive the aid. To get the extra $600 for a qualifying child, he or she must also have a Social Security number. Contributing: Michael Collins

The 5 best Amazon deals you can get this Tuesday
Bah humbug: Justice customers worry that orders won’t arrive for Christmas
To Top
error: Content is protected !!
Top