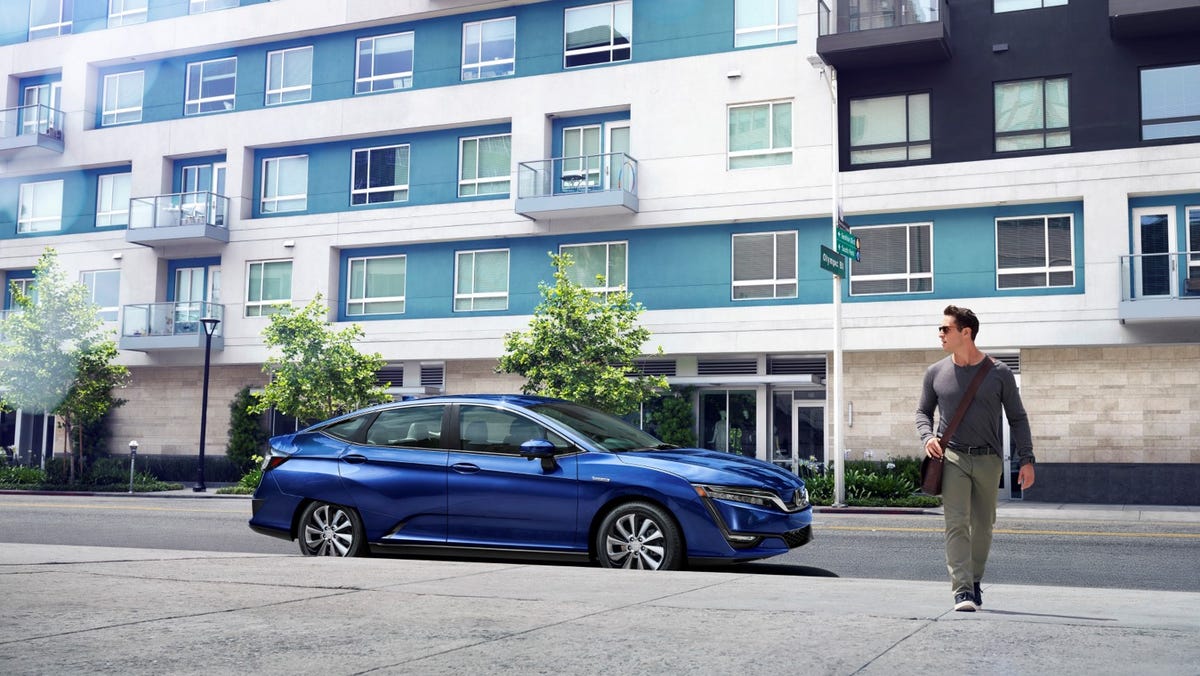 Climate change and EVs: How will future cars stem global warming?Electric vehicles have become a hot trend. But how much better are they for the environment than standard gas or diesel-powered cars?Just the FAQs, USA TODAYHonda is aiming to sell only electric vehicles in North America by 2040, joining several other automakers that have made similar announcements recently.The Japanese automaker called it a goal, not a commitment, echoing similar language used by its competitors as they leave open the possibility of selling conventional cars for longer.But the move further signals that the future of the gas engine is looking murkier as automakers embrace EVs.Jaguar, Volvo and General Motors recently also announced plans to phase out gas vehicles by 2025, 2030 and 2035, respectively.For Honda, it’s a marked shift since the automaker currently sells only one vehicle in America that uses a plug to generate power: the Honda Clarity plug-in hybrid. Virtually all of the company’s lineup is made up of conventional gas vehicles, and it does not sell any battery-electric vehicles after discontinuing the Honda Clarity electric car in 2019.Save better, spend better:  Money tips and advice delivered right to your inbox. Sign up for free hereCompact pickups poised for a comeback: Hyundai Santa Cruz, Ford Maverick generate buzzBut Honda said Friday that it has new EVs coming beginning with the 2024 model year and ramping up in the second half of the decade. The first models will include vehicles using batteries developed by GM for use in a Honda model and an Acura model.The company also said it is aiming to add safety systems that will reduce crash deaths involving Honda vehicles to zero worldwide by 2050.EVs will represent 40% of Honda’s North America sales by 2030 and 80% by 2035, according to its new goals.In 2020, EVs represented only about 2% of U.S. new-vehicle sales. But analysts expect that share to rise rapidly as battery advancements bring down the costs of EVs in the coming years.Honda still left open the possibility that it will continue to sell gas vehicles in certain markets throughout the world due to a lack of customer acceptance of EVs or a lack of infrastructure to handle them.The EV commitment includes hydrogen-powered vehicles, which are considered EVs since then run on electricity generated through a fuel cell. Honda has been working on hydrogen-powered vehicles with GM.’Golden age’ of EVs: Are electric vehicles poised to kill the gasoline engine car?”Honda’s vision for a carbon-free society is leading to comprehensive efforts to address society’s environmental and energy concerns across the company’s products and business operations,” the company said in a statement.You can follow USA TODAY reporter Nathan Bomey on Twitter @NathanBomey and subscribe to our free Daily Money newsletter here for personal finance tips and business news every Monday through Friday morning.