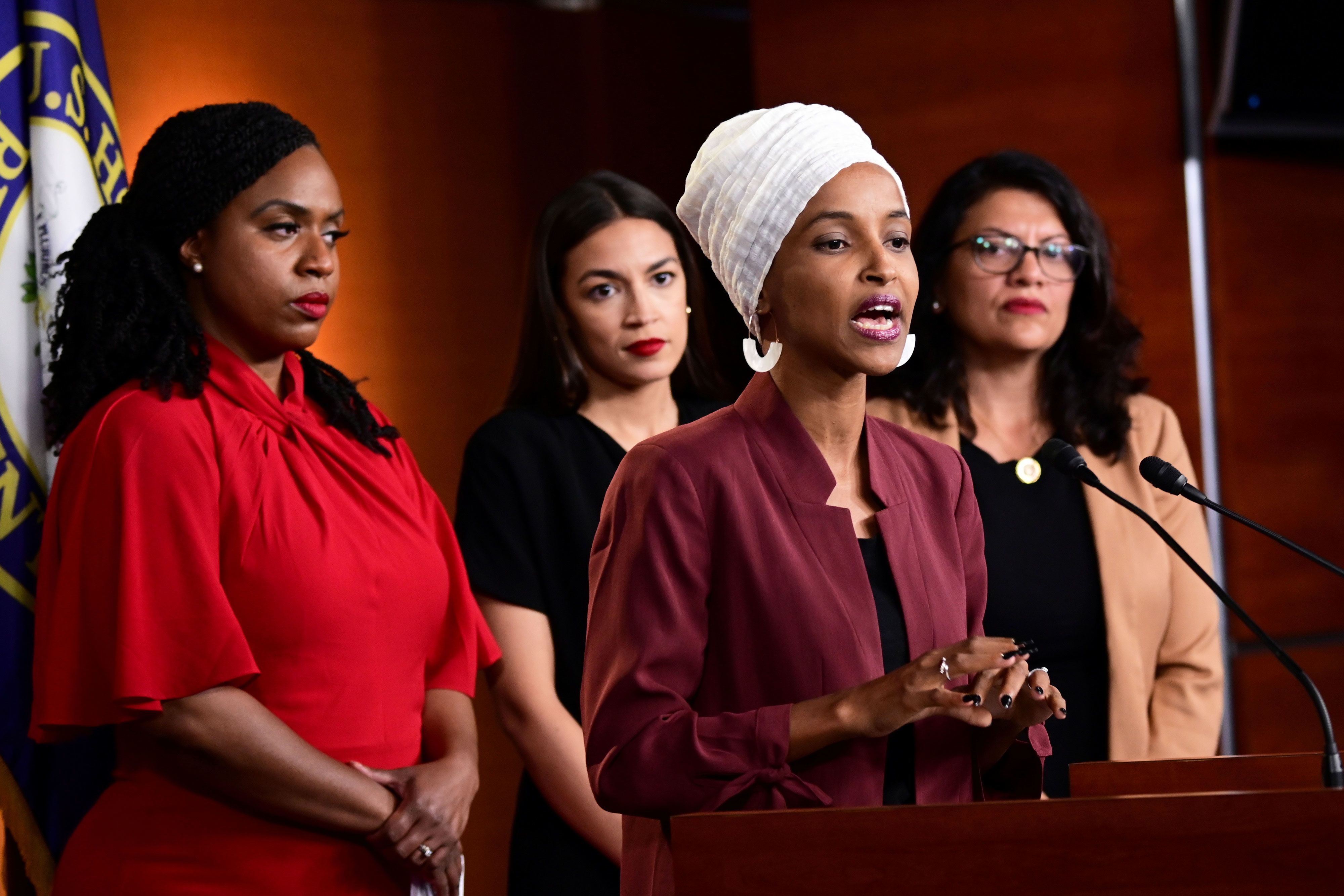 The House voted Tuesday night to condemn as racist President Donald Trump’s recent tweets telling a group of progressive Democratic congresswomen to “go back and help fix the totally broken and crime infested places from which they came. “

The resolution, which passed 240-187 in the Democrat-led House just before 7 p.m. in New York, says, “Trump’s racist comments have legitimized fear and hatred of new Americans and people of color.”

All Democrats and four Republicans, as well as newly independent Rep. Justin Amash of Michigan voted for the resolution.

Trump has disputed accusations that the comments were racist. His attacks were aimed at Reps. Alexandria Ocasio-Cortez of New York, Rashida Tlaib of Michigan, Ilhan Omar of Minnesota and Ayanna Pressley of Massachusetts. The four lawmakers are all women of color, and all but one were born in the United States — Omar was born in Somalia and became an American citizen at age 17.

Trump tweeted Sunday morning saying it is “so interesting to see ‘Progressive’ Democrat Congresswomen, who originally came from countries whose governments are a complete and total catastrophe, the worst, most corrupt and inept anywhere in the world (if they even have a functioning government at all), now loudly and viciously telling the people of the United States, the greatest and most powerful Nation on earth, how our government is to be run.”

“Why don’t they go back and help fix the totally broken and crime infested places from which they came. Then come back and show us how it is done. These places need your help badly, you can’t leave fast enough,” Trump added in the series of tweets.

Later on the House floor, Pelosi called Trump’s tweets “racist” — prompting Rep. Doug Collins, R-Ga., to move to strike the speaker’s words from the record, citing House rules about disparaging the president. The brouhaha caused about an hour-long delay in proceedings on the floor, NBC News reported.

Trump’s attacks on the progressive Democrats, which continued for days after his initial salvo, spurred most Democrats to react with similar harshness — not the least of whom being the “squad” of freshman Democrats themselves.

But Republicans on the Hill were more circumspect. Some, such as House Minority Leader Kevin McCarthy of California, said that Trump’s tweets were not racist, while Senate Majority Leader Mitch McConnell, R-Ky., called on “all of us” to temper the “incendiary rhetoric.” McConnell denied that Trump is a racist when asked by a reporter.

The resolution up for a vote Tuesday evening was sponsored by Rep. Tom Malinowski, D-N.J., himself a Polish immigrant. It says that Trump’s comments stoke fear and hatred “by saying that our fellow Americans who are immigrants, and those who may look to the President like immigrants, should ‘go back’ to other countries.”

The document also affirms that immigrant citizens are no less American than those born in the U.S. and compares Trump’s words with past presidents, including Ronald Reagan and Franklin Delano Roosevelt.

While the vote served as a show of solidarity for Democrats, it recommended no substantive penalty against Trump.

Rep. Al Green, the Texas Democrat who has long beat the drum for impeaching Trump, announced that he would introduce articles of impeachment Tuesday night.

“What do you do when the leader of the free world is a racist? What do you do? Well, here’s what you do. You file a resolution condemning the president for racist comments directed at Members of Congress. What do you do? You file Articles of Impeachment,” he said.

Trump continued to tweet and talk about the freshman lawmakers well into Tuesday. “IF YOU ARE NOT HAPPY HERE, YOU CAN LEAVE! It is your choice, and your choice alone. This is about love for America. Certain people HATE our Country,” the president tweeted Monday.

Amazon tells House it doesn’t favor own brands in antitrust hearing
Instagram is back up after suffering service outages
To Top
error: Content is protected !!
Top