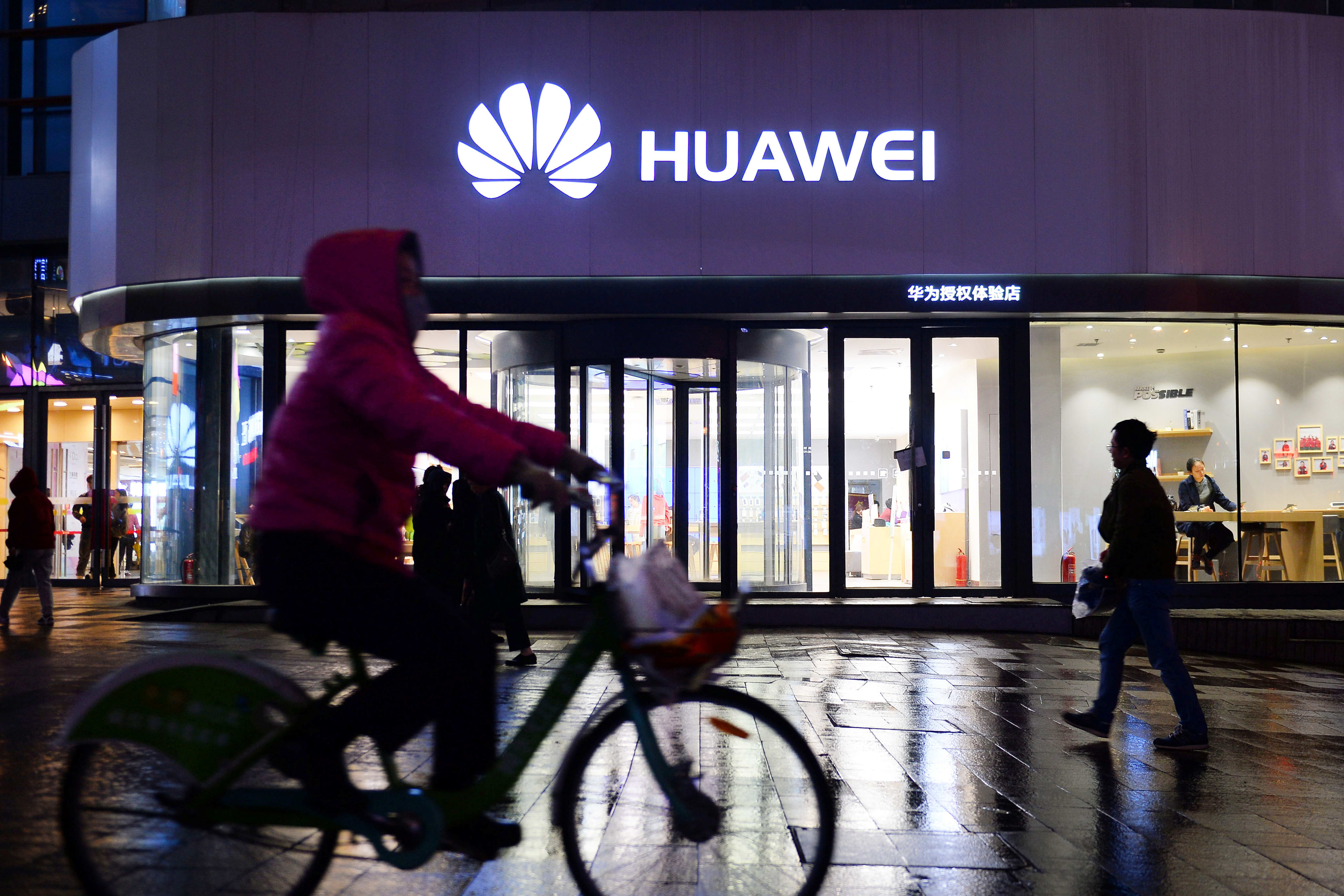 A woman cycles past a Huawei store in Shenyang, China.

Huawei accused the U.S. government of “using every tool at its disposal” including “unscrupulous” tactics “to disrupt the normal business operations of Huawei and its partners.”

The company issued a statement Tuesday in response to a Wall Street Journal article last week that said the Department of Justice is probing Huawei over new technology theft allegations. The reported allegations are distinct from the charges the U.S. brought against Huawei in January, according to the Journal, which included alleged fraud involving Huawei’s CFO, Meng Wanzhou, and alleged theft from T-Mobile.

Sources told the Journal that the new inquiries into Huawei, including a subpoena from federal prosecutors from the Eastern District of New York, overlap with allegations of intellectual property theft previously uncovered in a Journal investigation. Prosecutors are looking into Huawei’s recruitment strategies from rival companies and alleged theft of technology from a Portuguese multimedia producer, according to the Journal.

In its statement, Huawei said that it “categorically rejects” the claims by the producer, Rui Pedro Oliveira, and said that he “is taking advantage of the current geopolitical situation. He is pushing a false narrative through the media in an attempt to capitalize on a dispute. This type of behavior should not be encouraged, nor should it be considered rational justification for a criminal investigation by the U.S. Department of Justice.”

Huawei also said “the U.S. government has been leveraging its political and diplomatic influence to lobby other governments to ban Huawei equipment.” The company claimed the U.S. government has “unlawfully” searched and detained Huawei employees and partners, launched cyberattacks into Huawei’s internal systems and told law enforcement officials to “threaten, menace, coerce, entice, and incite both current and former Huawei employees to turn against the company and work for them.”

In a statement, a spokesperson for the DOJ said, “We do not comment on specific investigations. In all matters, our investigative techniques comply with the law and all subjects of investigations enjoy the same rights to due process afforded by our Constitution and safeguarded by an independent judiciary.”

Jeffrey Wadsworth, an attorney for Oliveira, said in a statement, “In late March 2019­ — one year after Mr. Oliveira had raised his concerns that Huawei’s EnVizion 360 attachable camera infringed his design patent — Huawei chose to bring that legal dispute to a U.S. court in Texas. Mr. Oliveira’s response to Huawei’s complaint is currently due to be filed on September 13, 2019. Mr. Oliveira does not intend to comment further, and he looks forward to the resolution of his claims playing out through the U.S. legal process.”

A spokesperson for the U.S. Attorney’s Office for the Eastern District of New York declined to comment.

WATCH: Why the US thinks Huawei has been a massive national security threat for years