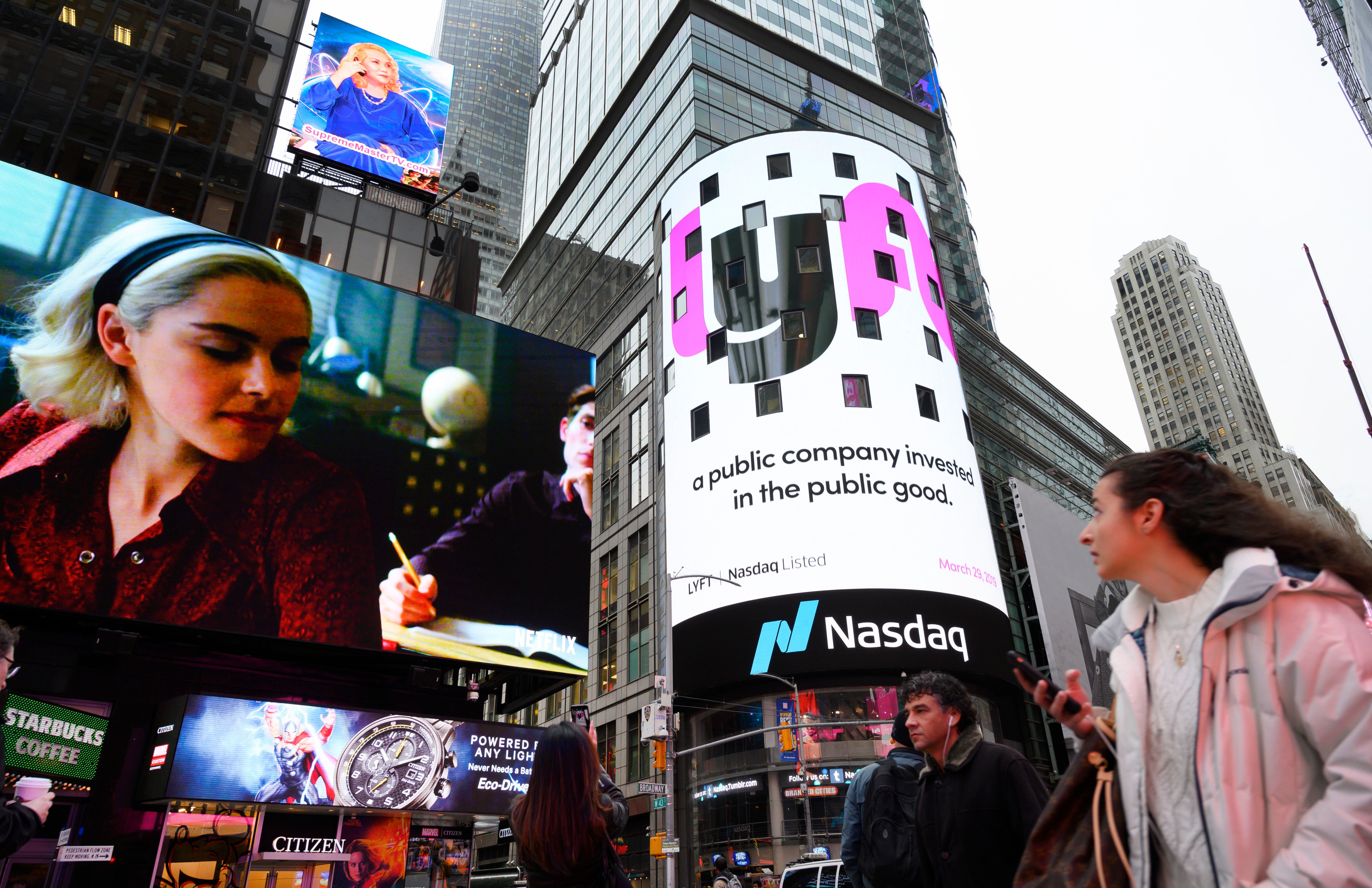 Lyft reported a huge loss for its first quarterly earnings report as a public company Tuesday, but said it made strides in growing its active ridership. The stock fluctuated following the report but was down about 1% after executives’ call with analysts.

Here’s how Lyft’s report compared to analyst expectations for its first-quarter of 2019:

While analysts’ non-comparable estimate of a $1.81 loss per share for Lyft’s first quarter per Refinitiv’s survey of analysts could have been on the low-end due to a lack of data typical of a company fresh on the public market, Lyft’s loss is still significant. Earnings estimates from Refinitiv were also based only on nine analysts, who estimated losses anywhere between $0.63 and $4.73 per share.

The steep loss still marks an improvement from Lyft’s year-ago quarter, when Lyft reported a non-GAAP loss of $11.40 per share. On a call with analysts following the report, Chief Financial Officer Brian Roberts said Lyft anticipates that losses will peak in 2019.

Around the time of Lyft’s report, Alphabet’s self-driving car company Waymo announced a new partnership with Lyft in a Medium post. Over the next few months, Waymo said it would deploy 10 of its vehicles on Lyft in the Phoenix area. Riders in the area will be able to select Waymo as an option from their Lyft app for some rides, Waymo wrote.

The announcement could mark a significant step for Lyft, which like other ride-hailing companies including Uber, gives up a significant portion of revenue to its drivers. Analysts have suggested that automation is a key step for either of these companies to reach profitability. Lyft is also developing its own self-driving cars.

Lyft had a rocky start to trading, down more than 20% over the last month and nearly $13 off of its IPO price of $72 per share. The company debuted with a valuation topping $20 billion at the high end of its expected range, but its market cap has since sunk to about $17 billion.

Lyft’s performance has been closely watched as its larger rival Uber prepares to go public later this week. But while Lyft focuses primarily on transportation, Uber has other businesses including food delivery, freight and plans for flying vehicles.

Executives said on the call with analysts that the competitive pressure in the market seems to be improving, meaning they can begin reducing driver incentives.

“Lyft is about seven years old and if you look at the economics, you can see that as a percentage of revenue that this is the most rational the market has been,” said President John Zimmer.

Now that there are two strong players in the market that can both pickup riders in roughly the same amount of time in the same major markets, Zimmer said, the decision between the two comes down to brand preference.

Correction: This story has been updated to reflect Lyft reported $776 million in revenue for the first quarter. A previous version said it reported $779 million.