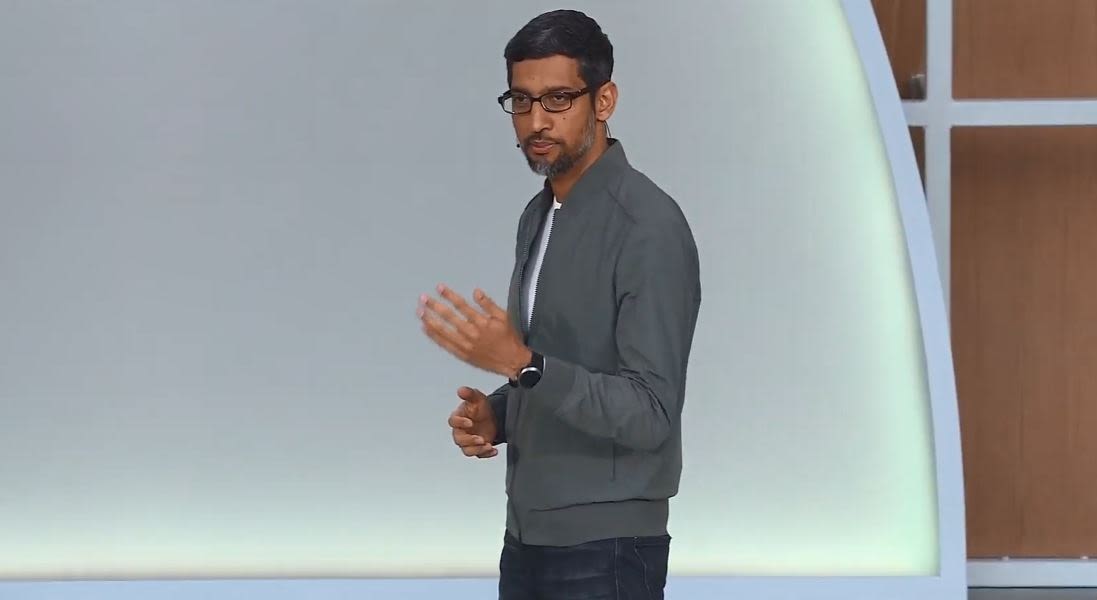 Google’s biggest event of the year, known as IO, kicked off with a two-hour keynote on Tuesday during which the company discussed updates across search, Android, Google Assistant and its growing suite of hardware products.

Here’s a quick rundown of the biggest things Google discussed during its presentation.

Google discussed some compelling changes that are coming to search. Later this year, the company will roll out a new feature that returns not only search results for a topic but also “full coverage” for news-related topics. It provided an example: If you search for the word “black hole” you might get news stories about black holes, a timeline of news events on the topic, podcasts about it and more.

Google is also adding a new augmented reality feature to search. In one example, Google showed how you might search for the term “great white shark” and get results for images. But soon you’ll also be able to see a full 3D model of that object right in the real world. Just tap a new AR button and you’ll be able to place a life-size version of that object right in front of you.

Aparna Chennapragada, Google’s senior director of product, introduces a new feature in Google Lens that can calculate a tip if you point your camera at a receipt.

Google Lens is a function within the camera on Android phones that allows you to point the camera at something, like a foreign language, and have it automatically translated. You can also snap a picture of a painting and Google Lens can tell you who painted it.

In a new update, Google Lens will be able to read a receipt and tell you how much to tip. Or you can point it at a menu in a restaurant and it will highlight the most popular options discussed in Google Maps reviews, even showing you pictures of the meals.

And, if you point it at a page in Bon Appétit magazine, a recipe inside the magazine can come to life and show you the exact steps to take through a video. Google said it’s working with other partners to bring new experiences like this to people, but it’ll probably be later in the year before we see them.

Google Assistant will identify your speech locally on your phone.

Google’s Siri competitor, called Google Assistant, is moving quickly ahead of Siri. Google says that when people speak a command to its Assistant today, its servers need to dig through 100GB of data to understand what’s being asked. Now it’s shrinking that down to 500MB and putting it directly on a device, so anything you ask Google Assistant will soon be up to 10 times faster than before.

You’ll also soon be able to say “Let’s Drive” to automatically put your phone into driving mode and get shortcuts to navigate to destinations Google already knows you have, like reservations at a restaurant.

Google is now rolling out a feature announced last week that lets you control how long it stores information on your location or web and app activity. Users will be able to let Google hang on to this data for either three months or 18 months, and anything older than that is automatically deleted.

Google will make it easier for users to find their privacy settings with a new profile photo that will appear in its apps. With one touch, users are supposed to be able to see how that Google app uses their data and stop it from collecting data if they wish.

The new version of Android

The new dark mode in Android Q coming this fall.

Google also talked a bit about Android Q, its next big release for Android that is coming to devices this fall. Some highlights include:

All Google Home products will now fall under the “Google Nest” brand. Google also announced new Google Nest hardware, including the Nest Hub Max, a smart display with a 10-inch screen and a camera that provides access to YouTube TV, music, recipes, video chats, Google Photos pictures, smart home controls and more. It will launch late this summer for $229.

Pixel 3a and Pixel 3a XL

The phones are Google’s attempt to try to sell more devices in a market where people are increasingly showing they’re less willing to spend $1,000 or more on new phones every year.

CNBC reviewed the new Pixel 3a XL and loved its stereo speakers, bright screen, good battery life and excellent software for the price. There are some sacrifices, however: It doesn’t have as powerful a processor as the one in the Pixel 3 or Pixel 3 XL. The new Pixel 3a phones also aren’t as water-resistant and they don’t support wireless charging. They’re on sale now from Verizon, T-Mobile, Sprint, U.S. Cellular and Google.