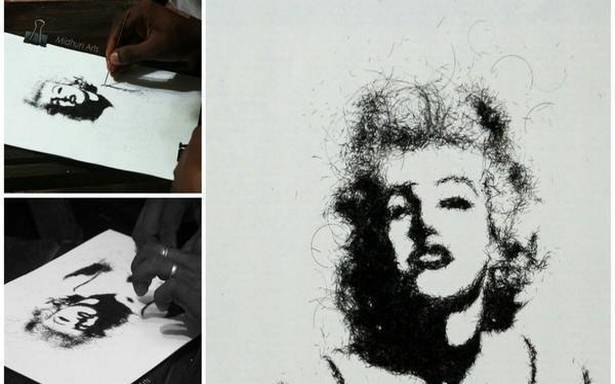 Artist Midhun RR was knee deep in a portrait of APJ Abdul Kalam made using human hair, last week. “The preparation time of the hair for a portrait is almost three days. I could finish the setting in two hours,” says the 26-year-old who works as an assistant professor at McGan’s Ooty School of Architecture, Udhagamandalam.Midhun has been working with human hair for the past four years. He was introduced to the form while he was interning with an organisation called Sacred Groves in Puducherry. “I undertook a project of making mud walls that required a natural fibre as one of the building materials. I chose human hair collected from local salons. There was a lot of it leftover after completing this project and my friends suggested that I create something out of it. I checked online for references, but failed to find any and decided to try it out myself.”

His first work was that of Marilyn Monroe which took him about three hours to finish. “I made a lot of mistakes and learned from them. I outlined the image and cut the hair to desired lengths. I later placed them on the areas necessary. It was tough, as even my breath would send them flying away. Later I started to work alone in a room with my mask on,” he says.Though he got a lot of appreciation after he uploaded a photograph of the work online, he started developing skin rashes from handling the hair. “I researched on how to treat it. I also stuck to the hair of a single person for a project instead of getting a mix from the salon. A few of my friends, too, donate. Now I treat it with a solution of formaldehyde and sun-dry it for a day before I work on it. This prevents the rashes,” he says. After treatment, the hair is glued to the paper. “I either use a needle or a brush to keep the hair at the designated area,” he says. Midhun has now done around 25 artworks made of hair. “One of my most challenging works is of The Last Supper that I made for my house. I used my hair and it took me eight hours to complete. Getting the details of each face was a task but I am glad I could do it,” he says. Now he gets requests to do commissioned artworks as well. “Most of them are portraits,” he says. Other than hair art, he is also interested in working with oil paint, watercolours, acrylic colours, paper cutting, pencil lead carving and sculpting. “But hair art remains my favourite. I am now working on a set of 10 important monuments across South India. I will be able to hold my first exhibition once it is done,” he says. 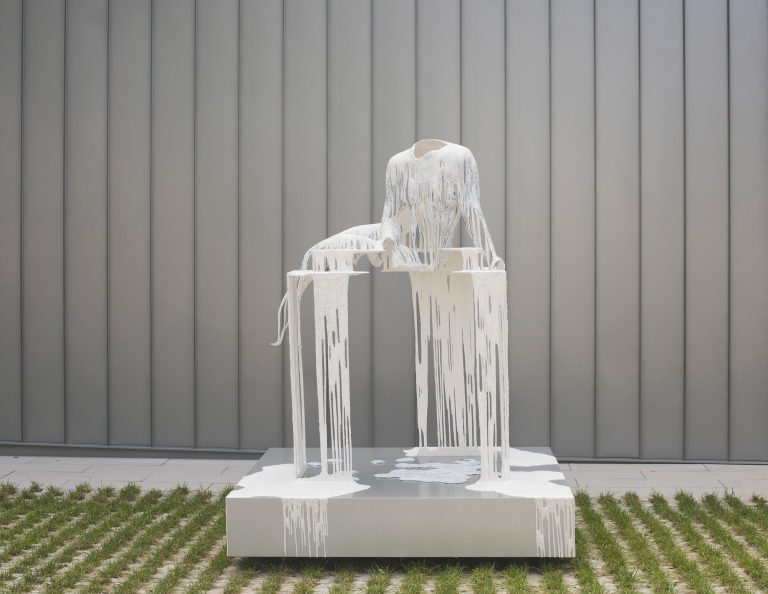 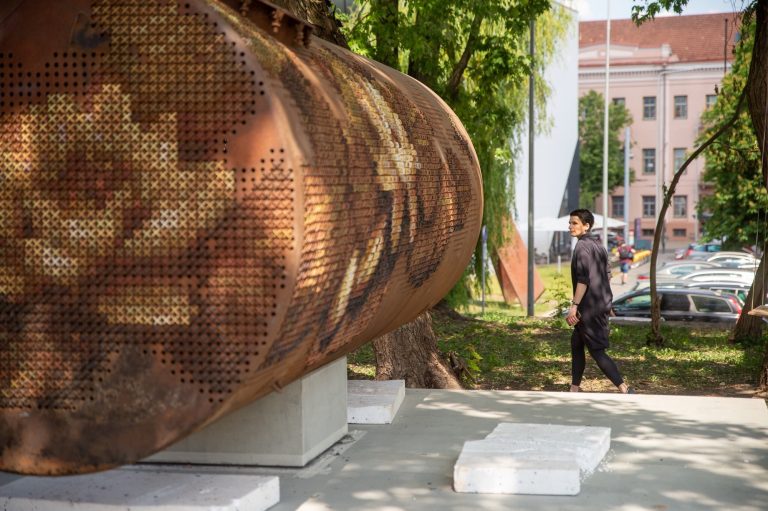 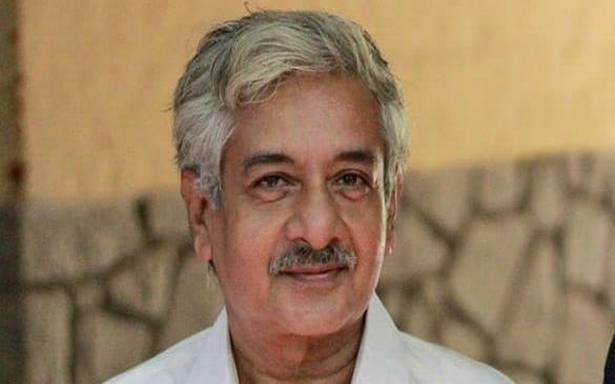 Artist George Fernandez opens gallery at his institute in Thiruvananthapuram