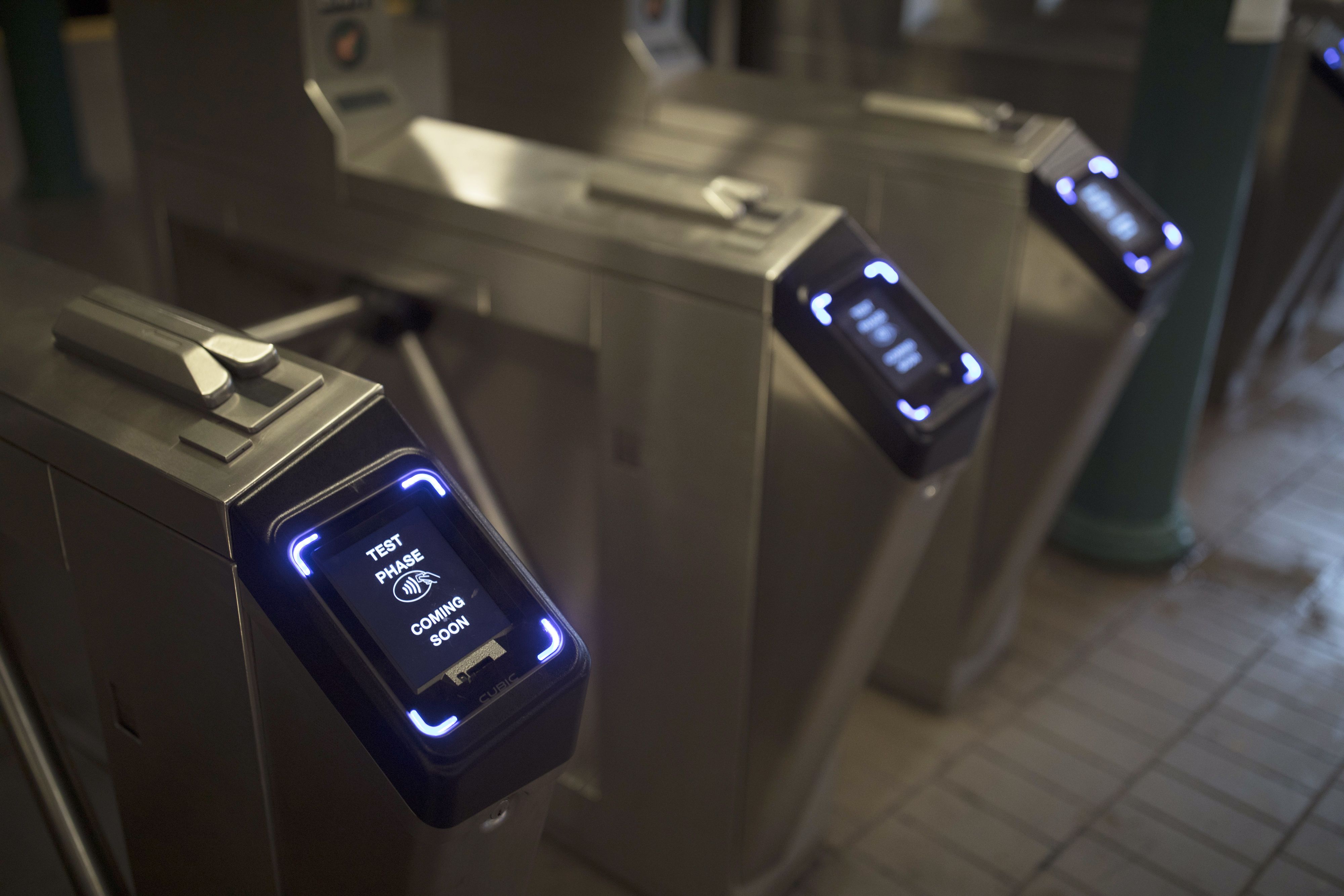 Monitors for the new Metropolitan Transportation (MTA) contactless fare payment system, known as the One Metro New York (OMNY), are seen on turnstiles at a subway station in New York, U.S., on Saturday, May 4, 2019.

New York City subway riders will soon be able to enter some stations with the tap of an smartphone or wearable device.

Beginning May 31, riders will be able to use contactless credit cards and digital wallets like Apple Pay, Google Pay, Samsung Pay and Fitbit Pay to access Staten Island buses and some stops on the 4, 5 and 6 subway lines. The pilot program is the first step toward phasing out the plastic MetroCards, which is set to be completed in 2023.

The system, known as OMNY, will roll out in stages across the city over the next few years. By late 2020, all bus routes, subways stations and Staten Island Railway stops will be set up, according to the Metropolitan Transportation Authority. OMNY will expand to commuter rails by early 2021, according to the MTA.

The shift to OMNY is meant to speed up access to New York City’s transit system and bring the system up to date with other modern systems. Public transit systems in Portland, London, Vancouver and other locations already accept digital payments through Apple Pay, according to Apple’s website.

Contactless payment systems and digital wallets have become increasingly popular. Apple has leaned more heavily into the payments space with the introduction of its new Apple Card in partnership with Goldman Sachs at a presentation in March. Amazon Go stores allow users to scan their phones as they walk into a store so they do not have to checkout with a cashier at the end of their trip.

The payment systems have also raised concerns about who has access to bank accounts and digital wallets. In April, for example, CNBC reported that an Amazon executive told employees it would begin to accept cash at Amazon Go stores to address concerns that its digital-only system was discriminatory against low-income consumers.