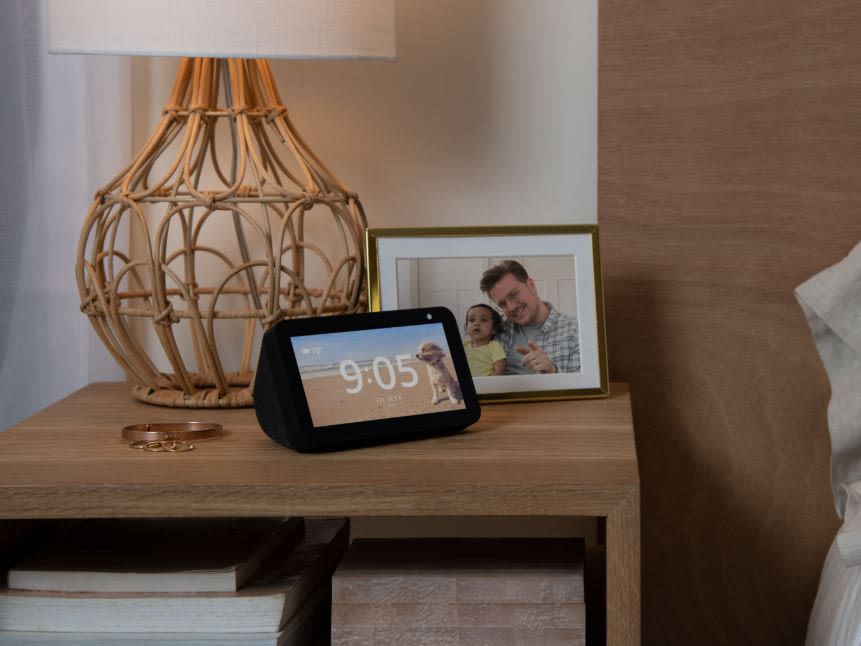 Amazon on Wednesday introduced the Echo Show 5, its cheapest Echo device with a display that offers some of the features of the $229.99 second-generation Echo Show. It costs $89.99 and launches in the U.S. on June 26.

Amazon hasn’t revealed sales numbers for its Echo products, but analysis from Consumer Intelligence Research Partners in February said Amazon has 70% of the U.S. smart speaker market, while Google’s Home and Apple’s HomePod have 24% and 6%, respectively. The research firm said 66 million units are being used in the U.S., and an increasing number of people own more than one smart home speaker.

The Echo Show 5 might push people to try out one of Amazon’s Echo products with a screen, since it’s cheaper than the two other Echo products with displays, the $229.99 Echo Show and the $129.99 Echo Spot. The screen can do a lot of things, but it also makes ordering by voice from Amazon easier, since you can tap and select the product you want to buy instead of ordering entirely with Alexa.

The Echo Show 5 has a 5.5-inch display, about half the size of the 10.1-inch screen on the Echo Show, but larger than the smaller 2.5-inch round screen on Amazon’s Echo Spot. The Echo Show 5 screen allows you to pull up things like recipes in the kitchen, speak to Alexa and get visual responses for questions like the weather, and can do most everything else a regular Echo can do, like control your smart home, play music from Apple Music, Spotify, Pandora or Amazon Music. It also has a physical camera camera shutter so you can cover the camera’s lens.

There’s an added benefit to having a screen on an Echo, especially at a price that’s lower than Amazon’s other products. You can use it to video chat with your family — or video chat with other Echo Show or Spot devices in your house — stream TV shows from Amazon Prime Video, get news clips from CNBC, see the lyrics to songs, check in on your security cameras and more.

Google also sells home products with screens, and most recently announced the Nest Hub Max, which costs $229 and has a 10-inch screen. Its smaller Nest Hub with a 7-inch screen costs $129. Apple does not yet sell a smart home product with a display.

Amazon is now taking pre-orders for the Echo Show 5 in two colors, including charcoal and sandstone. It will sell a special $19.99 magnetic stand accessory that Amazon says lets you adjust viewing angles of the Echo Show 5 for better video chat. It will ship in 10 countries, including the U.S., in June.

Correction: This article has been updated with the correct screen size for the Nest Hub display.

NYC subway riders can soon use their smartphones to enter stations
Facebook were ‘willing enablers of the Russian interference’
To Top
error: Content is protected !!
Top