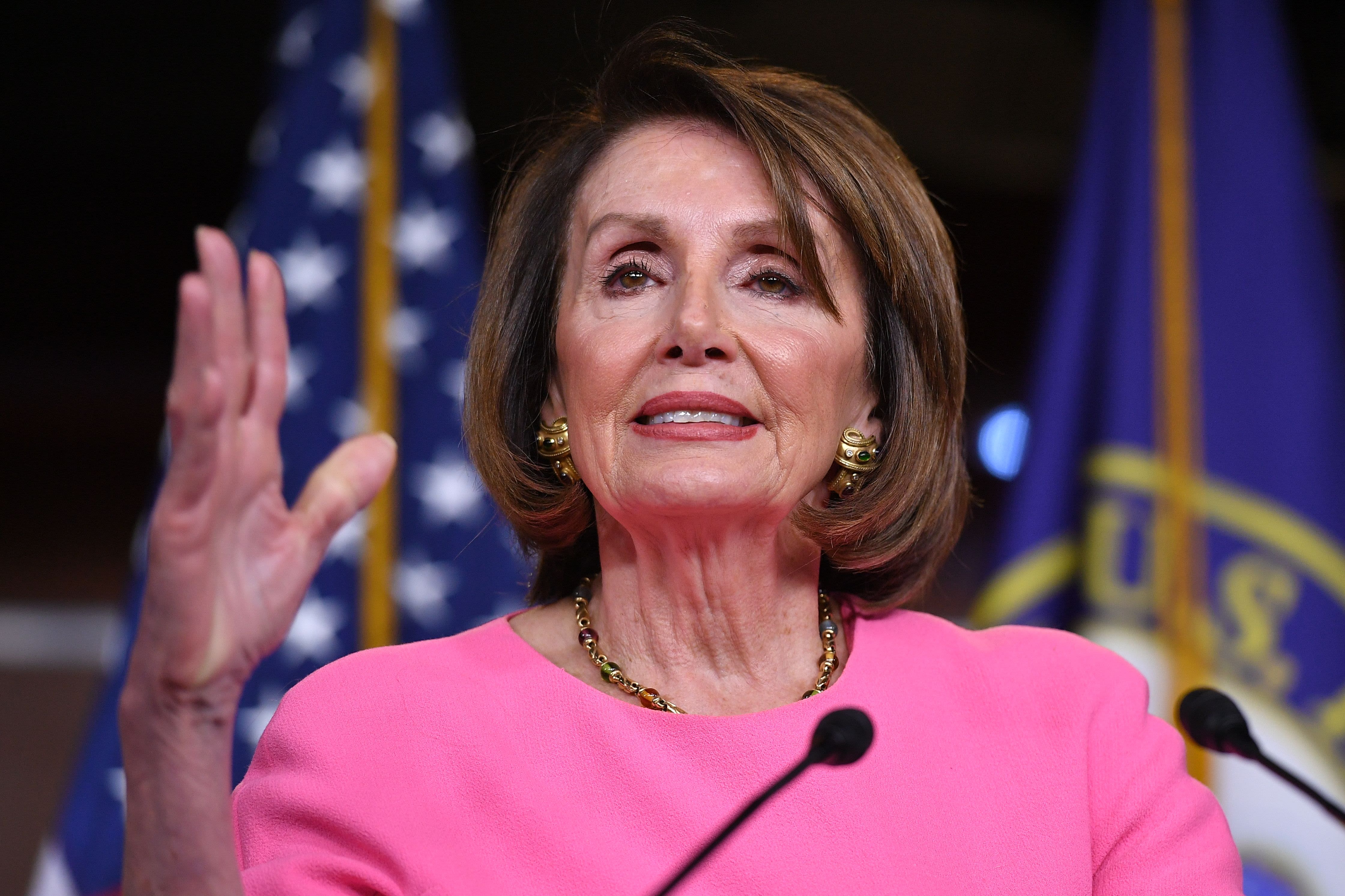 US House Speaker Nancy Pelosi speaks during her weekly press conference at the US Capitol in Washington, DC, on May 23, 2019.

House Speaker Nancy Pelosi is firing back at Facebook after the social network decided to leave up an edited video that appeared to depict Pelosi stumbling with her speech.

“I think they have proven — by not taking down something they know is false — that they were willing enablers of the Russian interference in our election,” Speaker Pelosi said on KQED News. “We have said all along, poor Facebook, they were unwittingly exploited by the Russians. I think wittingly, because right now they are putting up something that they know is false. I think it’s wrong,” she said.

The doctored Nancy Pelosi video was slowed down to make her seem intoxicated or incapable, and was viewed millions of times after Facebook and Twitter decided to leave it online. The video featured Pelosi speaking at a Center for American Progress event.

Facebook has been blamed for not detecting Russian actors while they were posting fake content in an effort to sway the 2016 election. Facebook continues to take down suspected fake accounts and removed 2.19 billion of them in Q1 2019.

Facebook responded earlier this week to its decision to leave the Pelosi video online.

“There’s a tension here: we work hard to find the right balance between encouraging free expression and promoting a safe and authentic community, and we believe that reducing the distribution of inauthentic content strikes that balance,” a Facebook spokesperson said last week. “But just because something is allowed to be on Facebook doesn’t mean it should get distribution. In other words, we allow people to post it as a form of expression, but we’re not going to show it at the top of News Feed.”