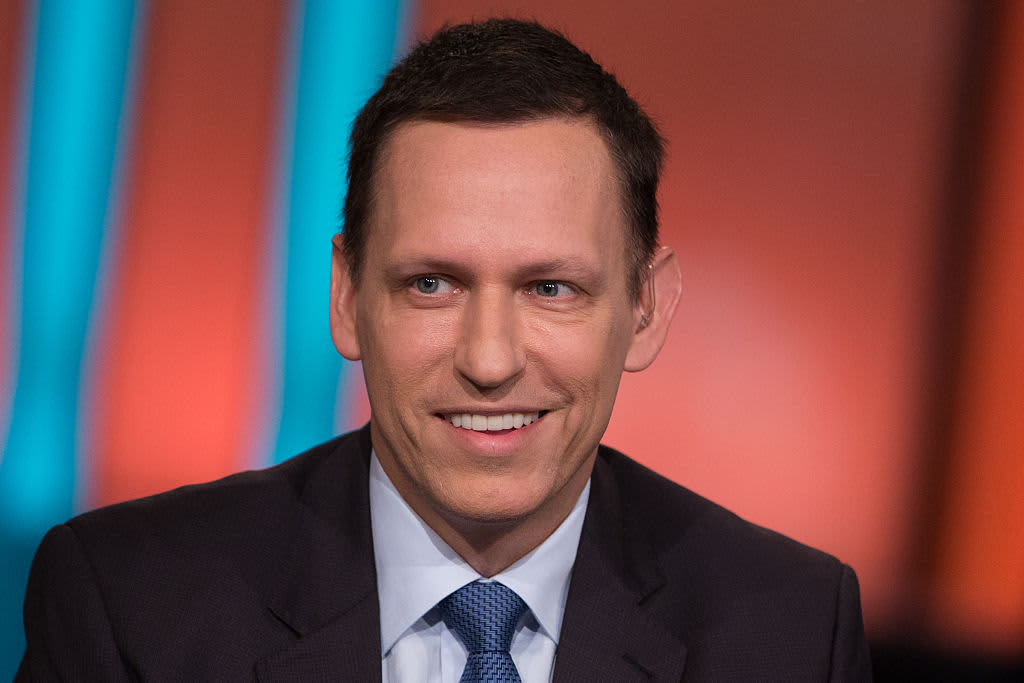 Peter ThielAdam Jeffery | CNBCPeter Thiel, the tech billionaire who co-founded PayPal and Palantir and backed Donald Trump’s 2016 presidential campaign, has filed plans to build large complex on a 193-hectare estate that he owns on the South Island of New Zealand.Thiel, who was also an early investor in Facebook and currently sits on the company’s board of directors, bought the estate in 2015 for a reported $13.5 million through an Auckland-headquartered company he owns called Second Star Limited.Plans for the complex, which were filed to Queenstown Lakes District Council and published by the council on Tuesday, show several inconspicuous buildings that blend into the landscape on the shores of the picturesque Lake Wanaka.Designed by Tokyo Olympic Stadium architect Kengo Kuma and Associates, the images in the plans show a private residential building built into a hillside as well as a larger luxury lodge with enough space for 24 people. There’s also a separate meditation pod, several water features and a yet-to-be-designed back of house building.Kengo Kuma and Associates said the objective was to “design an organic architecture that fuses into the landscape” and respects the indigenous nature. The lavish lodge would feature 10 bedrooms.Spas and theatresThe so-called “owner’s cabin” boasts a spa, a pool, theatre lounge, office, and three bedrooms, while the guest cabin has its own spa and pool, as well as a library, and 10 guest bedrooms with uninterrupted north-facing views towards Lake Wanaka and the Southern Alps.”The architecture of the proposed lodge is unique,” according to Jo Fyfe, the senior planner at John Edmonds and Associates who carried out an assessment of the environmental effects of the complex.”The careful design and placement of buildings into the landscape is thoughtful and recognizes the landscape setting. The sympathetic design will use a green roof that will employ the same naturally rustic planting palette of the hillocks that they will be located within.”Up to 15 staff would work on the site at peak times, but none of them would reside there, according to planning documents. It’s unclear when the lodge could be operational or how much it would cost to stay there. Kiwi property portfolioIn 2017, it emerged that Thiel had been granted citizenship by the New Zealand government.Located in relative isolation from the largest population centers of the world, New Zealand has become a popular destination with high net worth individuals in recent years. Indeed, billionaire Google co-founder Larry Page was granted residency at the start of the year.Home to around 5 million people, the country has become synonymous with so-called “preppers” — those who try to prepare for catastrophic events that may pose a threat to humanity. Today, there’s even a website dedicated to those wanting to prep their families for “survival” in New Zealand.Reports had suggested that Thiel was planning to build some sort of apocalypse-proof bunker on his estate, which is currently used as a working farm. While some of the buildings appear to be built into hillsides, it’s unclear if any of them are intended to serve as a bunker. A representative for Thiel did not immediately respond to a request for comment.The envisaged guest lodge is comprised of three pods, while a separate pod is designed to serve as a private home.A computer-generated image of the luxury lodge and the house.The prepper craze was first put under the spotlight in January 2017, when an article in The New Yorker titled “Doomsday prep for the super-rich” revealed how New Zealand is essentially like a mecca for wealthy preppers. It’s remote, geopolitically stable, and sparsely populated. Importantly, it could also become completely self-sufficient in terms of water, food, and energy if it ever needed to.A year earlier, Sam Altman, the former president of the prestigious Y-Combinator accelerator program, told the same magazine that he planned to fly to Thiel’s house in New Zealand in the case of a pandemic.It’s unclear which house Altman was referring to, as Thiel has owned a number of properties in New Zealand over the years, albeit on significantly smaller plots. That includes a four-bedroom home in neighboring Queenstown, which he bought in 2011 for $4.8 million and subsequently kitted out with a panic room after a fire. He has also owned property in Auckland.Thiel’s love for AotearoaThiel’s love for Aotearoa (the Maori name for the country) goes a long way back.The serial entrepreneur first visited New Zealand in 1995 when he was 28, according to an in-depth investigation by The New Zealand Herald.He’s also a huge fan of “The Lord of the Rings” movie trilogy, which was filmed in New Zealand. At least five of his businesses have names inspired by J.R.R. Tolkien’s novels. Palantir, for example, is named after the seven seeing-stones in “The Lord of the Rings” that can be used to communicate with others, while his VC firm Mithril Ventures is named after a metal in the fantasy series that can “protect” and be “transformative.”When it comes to prepping, Thiel said he’s been influenced by a book published in 1997 called “The Sovereign Individual: How to Survive and Thrive During the Collapse of the Welfare State,” according to The Guardian.”New Zealand is already utopia,” Thiel told Business Insider in 2011. In his citizenship application, he said he’d found “no other country that aligns more with my view of the future than New Zealand.”

Shares of Globalstar soar 64% on report iPhone 13 will use satellites directly
People with more than 10,000 Twitter followers can now earn money from tweeting — here’s how
To Top
error: Content is protected !!
Top