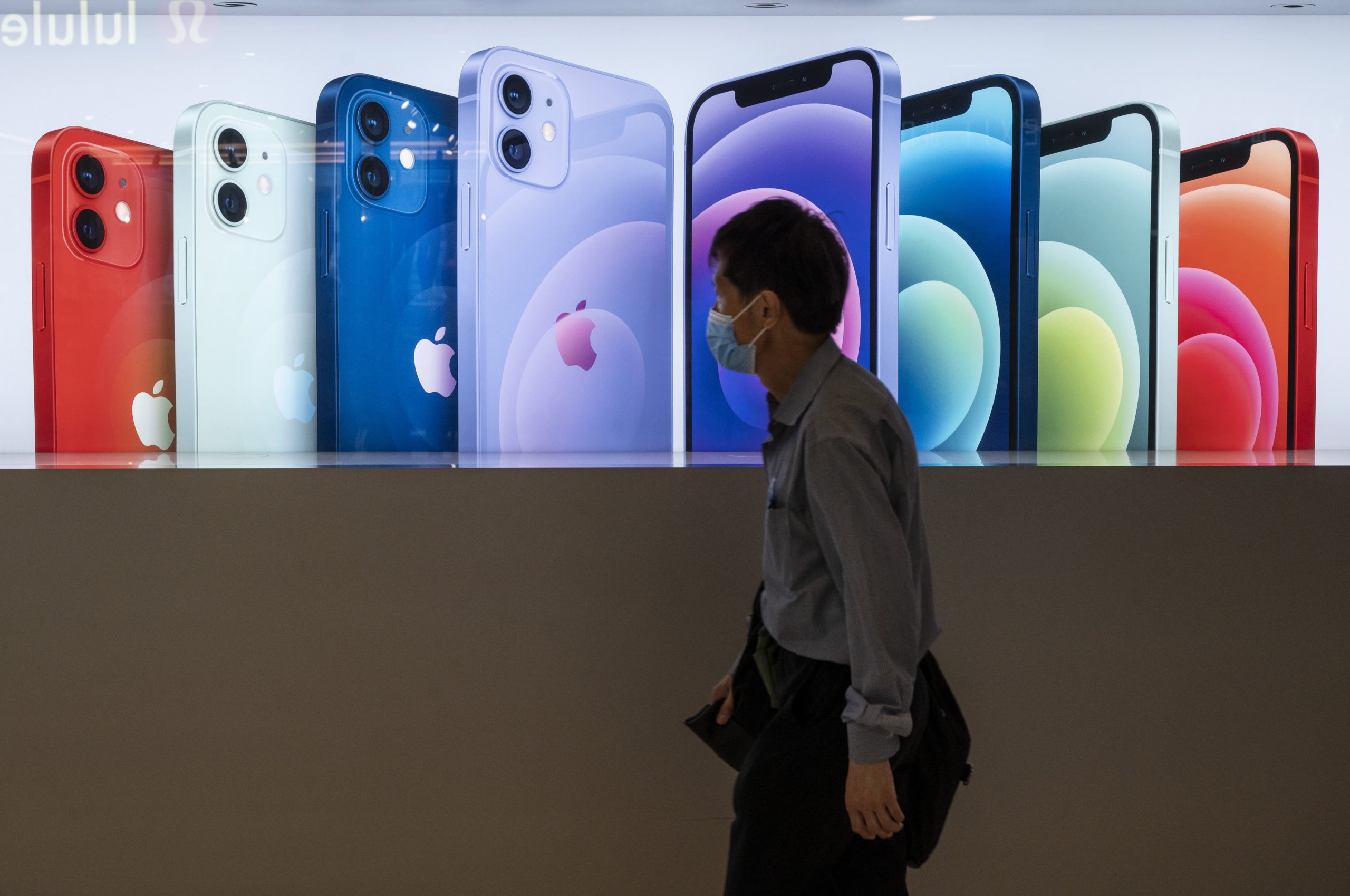 A shopper walks past an ad for Apple’s iPhone 12 outside a store in Hong Kong on May 24, 2021.Budrul Chukrut | SOPA Images | LightRocket | Getty ImagesShares of Globalstar, a satellite services provider, closed up 64% on Monday following a report that the next iPhone will have the ability to utilize satellite communications.TFI International Securities analyst Ming-Chi Kuo predicted in a note to investors Sunday that Apple is “optimistic about the trend of satellite communications” and will likely include the ability to connect to extraterrestrial networks in its upcoming iPhone.The new iPhone is expected to launch this fall. Apple has not announced any details on the device yet. The phone doesn’t have an official name, but many are referring to it as the iPhone 13 for now.Kuo said Globalstar is most likely to partner with Apple. The company has an existing satellite phone network of 24 satellites in low Earth orbit.”If Apple enables the relevant software functions, iPhone 13 users can call and send messages via satellite when not within 4G/5G coverage,” Kuo wrote.Globalstar did not immediately respond to request for comment on the Kuo note.Later on Monday, Bloomberg reported that the iPhone’s satellite functionality will be limited to emergency uses, such as sending short texts to a pre-set list of contacts when no cell signal is available, citing a person familiar with the feature.– CNBC’s Michael Sheetz contributed to this report.Subscribe to CNBC on YouTube.