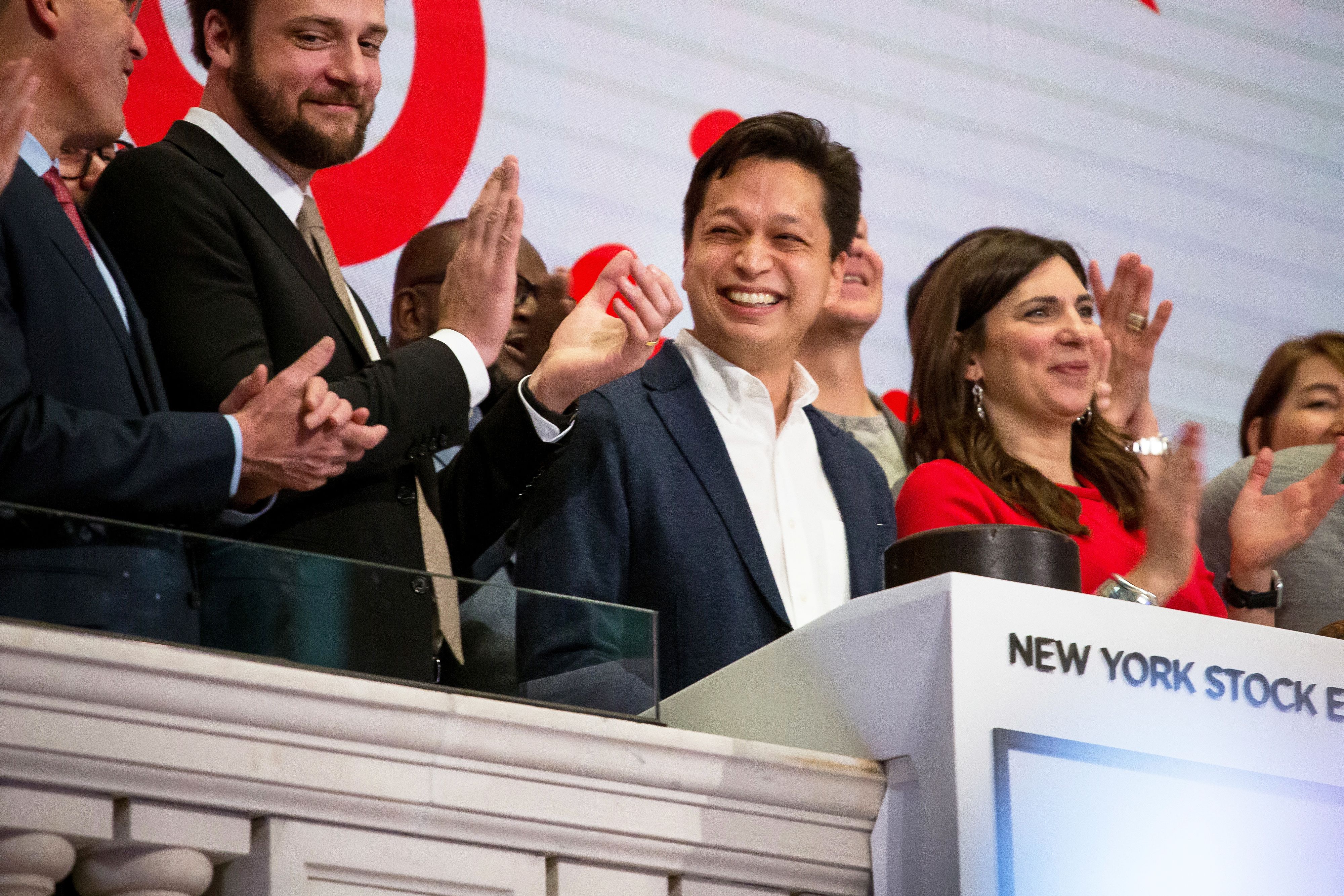 Pinterest shares rose as much as 12% on Monday, continuing their winning streak that began with the company’s IPO on April 18.

The stock is now up about 8% for the day, and has climbed all seven days since Pinterest’s debut on April 18, and is now up 75% from its $19 offer price. There’s been no obvious catalyst for the continued rise in the price, though it’s coincided with a broader move up in tech stocks: the Nasdaq has notched gains in six of the past seven days.

Pinterest’s market cap has climbed to about $17.5 billion, up from $10 billion at the IPO. That values the social media company at about 23 times trailing 12-month revenue, a significantly higher multiple than its internet peers, according to FactSet. Facebook trades for 9.5 times sales, Alphabet for 6.6 and Snap has a multiple of 11.8.

As of early afternoon on Monday, some 16.3 million Pinterest shares had changed hands. If volume ends the day above 19.7 million shares traded, it will be the busiest day for the stock since its debut.

WATCH: One of Pinterest’s earliest investors on the social stock’s IPO

Uber is pitching itself as the next Amazon as it loses billions
Biden taps data analytics company backed by Eric Schmidt for digital resources
To Top
error: Content is protected !!
Top