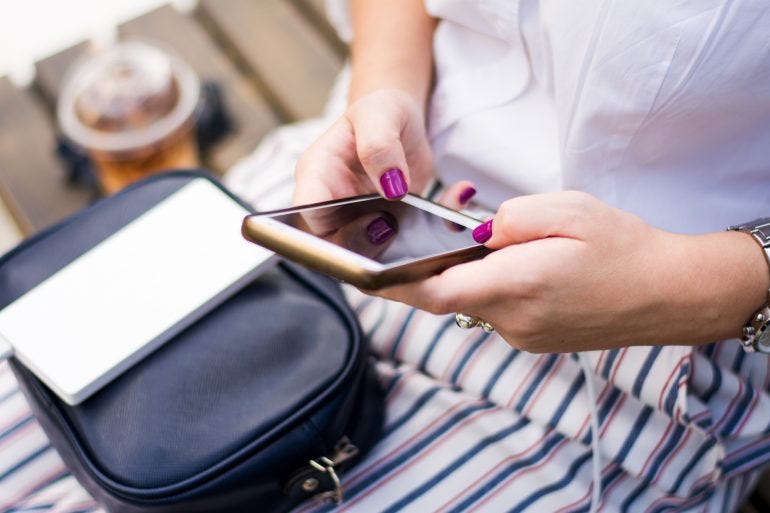 Your smartphone is your confidante, your hand-held connection to the world — and one of your biggest vulnerabilities.

Scammers can take advantage of day-to-day tasks that seem innocuous, like checking a bank balance or charging a phone at a public USB port, to exploit personal information for their profit.

To keep that data safe, start by understanding the threats you face. Your phone has three main areas of vulnerability: its hardware, its software and your phone number. Each carries a risk, and there are steps you can take to mitigate them.

A four-digit passcode alone isn’t enough to secure your phone’s hardware from intruders.

One weakness comes from the charging port. Think twice before plugging into a public USB jack for a quick charge at a cafe or airport.

Use fitness apps to track your workouts?: Data may not be protected as you think

“Any time you’re using a mobile port, you can be vulnerable to viruses or malware if you’re sharing it with other people who are plugging in their devices,” says Lisa Schifferle, ID theft program manager at the Federal Trade Commission.

Using a public charging port at an airport is like “finding a toothbrush on the side of the road and deciding to stick it in your mouth” Caleb Barlow, vice president of X-Force Threat Intelligence at IBM Security, recently told Forbes.

Hackers can modify these ports to install malevolent software, aka malware, on your phone. Once installed, it can transfer your phone’s data to hackers. The hacked USB ports can also directly suck up your phone’s information. To avoid the risk, use your USB cord with your own charging block that can plug into a standard electrical outlet, or use an external battery pack.

“Passcodes aren’t as effective as biometrics, like fingerprint readers or facial recognition software, because people can do shoulder surfing to see your passcode and get into your phone” if they steal it.

“We advise against using public Wi-Fi, but if you’re going to use it, avoid logging in to sensitive accounts,” says Allen Spence, director of product leadership at IDShield, an identity theft protection company.

To protect yourself from inadvertently using insecure Wi-Fi networks, adjust your phone settings to avoid auto-connecting to Wi-Fi.

Software: Hackers can exploit vulnerabilities in phone software. Schifferle of the FTC suggests consumers routinely check for and download software updates for their phones, because updates often include security patches.

From insurance to broadcasting: Here’s the largest industry in your state

Robocalls: U.S. consumers fielded nearly 48 billion robocalls in 2018, according to an estimate from robocall blocking service YouMail. That was a 57% increase from 2017.

A common scam comes from supposed representatives of the Social Security Administration requesting you give your personal information or your benefits will be cut. If you get a call from a number you don’t recognize, don’t answer. That’s the best way to ensure you don’t get caught up in a phone scam. And know that government agencies like Social Security and the IRS won’t call you out of the blue seeking your personal information.

“You should never give personal info or money unless you have initiated the call,” Schifferle says. If you answer a call and realize it may be a scammer, hang up, she advises.

If you suspect your personal information was stolen by scammers, file a report with the FTC at identitytheft.gov.

Phone number theft: Scammers are stealing phone numbers, which can leave you vulnerable to other forms of identity theft.

The scam is clever: A malevolent actor calls your cell phone carrier pretending to be you, and after confirming some key information such as your mother’s maiden name, transfers your phone number to their device. You may not find out this has happened until you go to make a call and find that your SIM card has been deactivated.

Because phone numbers are often used as security keys, hackers may be able to get into many other accounts once they have access to your phone account. Make it harder to penetrate by avoiding common security questions, Davis says. “When you set up your security questions and answers, make sure you’re using really challenging questions that are going to be hard to figure out.”

This article was written by NerdWallet and was originally published by The Associated Press.

The article Neutralize the Digital Threat You Carry Everywhere originally appeared on NerdWalletHow.

Everything you need to know
Student loan debt hurts 84% of Americans retirement chances
To Top
error: Content is protected !!
Top