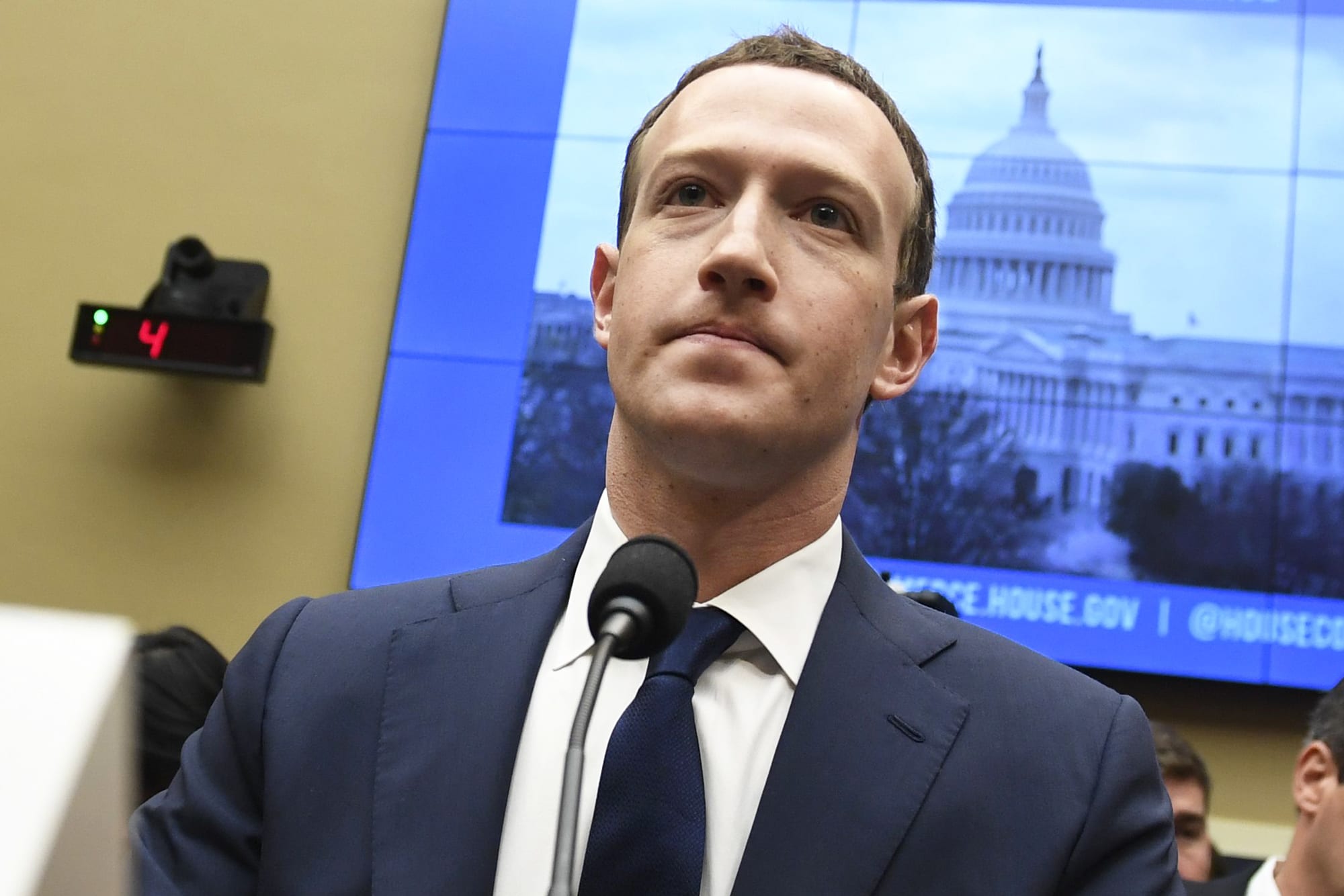 Facebook CEO and founder Mark Zuckerberg testifies during a US House Committee on Energy and Commerce hearing about Facebook on Capitol Hill in Washington, DC, April 11, 2018.Saul Loeb | AFP | Getty ImagesOne of Facebook’s leading critics in Congress said he told CEO Mark Zuckerberg on Thursday that he should sell Instagram and WhatsApp as a show of good faith before regulators potentially force a breakup.”I said to him, prove that you’re serious about data. Sell WhatsApp and sell Instagram,” Sen. Josh Hawley, R-Mo., told reporters outside his office Thursday afternoon immediately following his private discussion with Zuckerberg. “Sell them right now and show that you have confidence in your core product, in the core Facebook product, prove that you don’t have to buy companies to innovate, that you can still design stuff at Facebook without just going to competitors, prove that you’re not afraid of competition.”Hawley said Zuckerberg was not keen on the idea.”I think it’s safe to say that he was not receptive to those suggestions,” the senator said.Hawley, a member of the Senate Antitrust Subcommittee, characterized his meeting with Zuckerberg as “a frank discussion” where he also brought up concerns about Facebook’s content moderation, which Hawley has accused of being tainted with bias against conservatives. Hawley introduced a bill in June that would remove tech’s legal immunity from liability for their users’ content unless they agree to submit to a third-party audit assessing whether their algorithms and content processes are “politically neutral.”Hawley said he suggested to Zuckerberg directly that he make Facebook’s procedures open to an independent third-party audit after discussing a recent incident where Facebook ultimately removed a fact-check by doctors of a video by an anti-abortion activist.The video falsely claimed abortion is never necessary to save a woman’s life, but Hawley and others brought the fact-check of the claim into question after discovering the doctors involved were connected to pro-choice organizations. Hawley said Zuckerberg admitted Facebook was wrong in how it handled that case and “that there was clearly bias, those were his words, he said there was clearly bias.” Hawley also said Zuckerberg told him “bias is an issue they have struggled with internally for years.”Facebook did not immediately respond to a request for comment or confirmation of Zuckerberg’s responses. Zuckerberg did not respond to multiple questions from CNBC’s Ylan Mui as he left Hawley’s office after the meeting.Hawley stressed that issues of censorship, competition and tech’s legal immunity known as Section 230 are all connected and bound by Facebook’s size and position.”All of these issues sit together, the fact that Facebook is so huge and powerful.”He expressed concern to Zuckerberg about his plans to integrate the company’s three messaging platforms and asked if the company would somehow “reverse engineer” the encrypted platform to figure out which articles users link to as a way to target behavioral ads. Hawley said he “couldn’t get a firm commitment on him that these things would not happen. It was a lot of, ‘well, we’ll see, we haven’t figured out yet what we’re going to do.’ A lot of leaving the door open.”Zuckerberg has been making rounds on Capitol Hill since Wednesday night and will continue to do so for the rest of the week, according to Facebook. Zuckerberg met with about half a dozen senators at a dinner organized by Sen. Mark Warner, D-Va., at Facebook’s request, according to Warner’s office. Since then, Zuckerberg has met with several other senators to discuss tech regulation ranging from competition policy to content moderation.Subscribe to CNBC on YouTube.WATCH: Mark Zuckerberg doesn’t answer questions between meetings with senators

Zuckerberg meets senators to discuss tech regulations
Ex-Facebook engineer posts YouTube videos mocking the culture and joking about how he was fired
To Top
error: Content is protected !!
Top