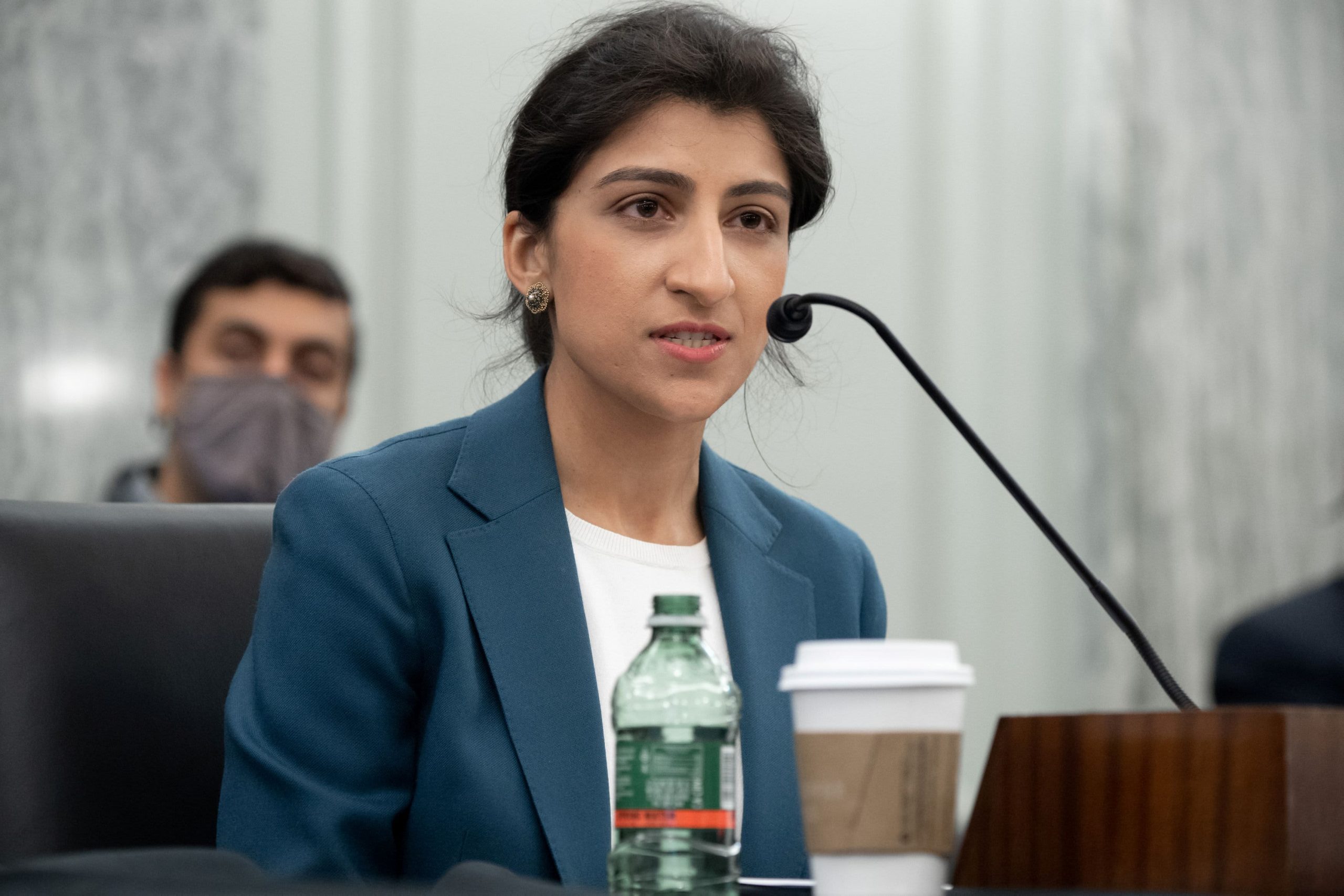 Lina Khan, nominee for Commissioner of the Federal Trade Commission (FTC), speaks during a Senate Committee on Commerce, Science, and Transportation confirmation hearing on Capitol Hill in Washington, DC, April 21, 2021.Saul Loeb | Pool | ReutersThe nomination of tech critic Lina Khan to the Federal Trade Commission will move to a full Senate vote after a committee voted Wednesday to report the nomination favorably.Four members of the Senate Commerce Committee voted against the measure, all Republicans: Sens. Marsha Blackburn of Tennessee, Mike Lee of Utah, Cynthia Lummis of Wyoming and Dan Sullivan of Alaska.Blackburn and Lee in particular had previously expressed skepticism about Khan’s nomination, pointing to what they said was a lack of experience. At 32, Khan would be the youngest commissioner to serve, if confirmed.But the committee’s top Republican, Sen. Roger Wicker of Mississippi, voiced optimism about Khan’s nomination ahead of Wednesday’s vote.”I believe she is focused on addressing one of the most pressing issues of the day: reining in the big social media platforms,” he said. “However, I do remain concerned that a broadly over-regulatory approach as an FTC commissioner could have a negative effect on the economy and undermine free market principles.”Khan made her name in antitrust circles after publishing “Amazon’s Antitrust Paradox” in the Yale Law Journal while she was a student in 2017. The article examined the ways that the commonly used consumer welfare standard, often defined by looking at whether prices go up or down, could miss important anticompetitive behavior in digital markets like the one in which Amazon operates.Khan later helped investigate and compiled a major antitrust report examining digital markets and specifically Amazon, Apple, Facebook and Google for the House Judiciary subcommittee on antitrust. The report by Democratic staff found each company had maintained monopoly power and suggested sweeping proposals for reinvigorating competition in the market, including through major legal revisions and potential break-ups of companies.Khan’s vocal criticism of the Big Tech companies has seemed to gain her allies on the right who could help her secure the role of FTC commissioner. Sen. Ted Cruz, R-Texas, a staunch conservative and one of the party’s most adamant tech critics, had told Khan at her nomination hearing that he looks forward to working with her.If Khan is confirmed, President Joe Biden will still need to nominate another commissioner or chair to the FTC to fill out the agency’s five seats. He has nominated current Democratic commissioner Rohit Chopra to lead the Consumer Financial Protection Bureau and has not yet named a permanent chair after naming Democrat Rebecca Kelly Slaughter acting chair.Subscribe to CNBC on YouTube.WATCH: Big Tech may face even more scrutiny for antitrust and monopoly in 2021—Here’s why