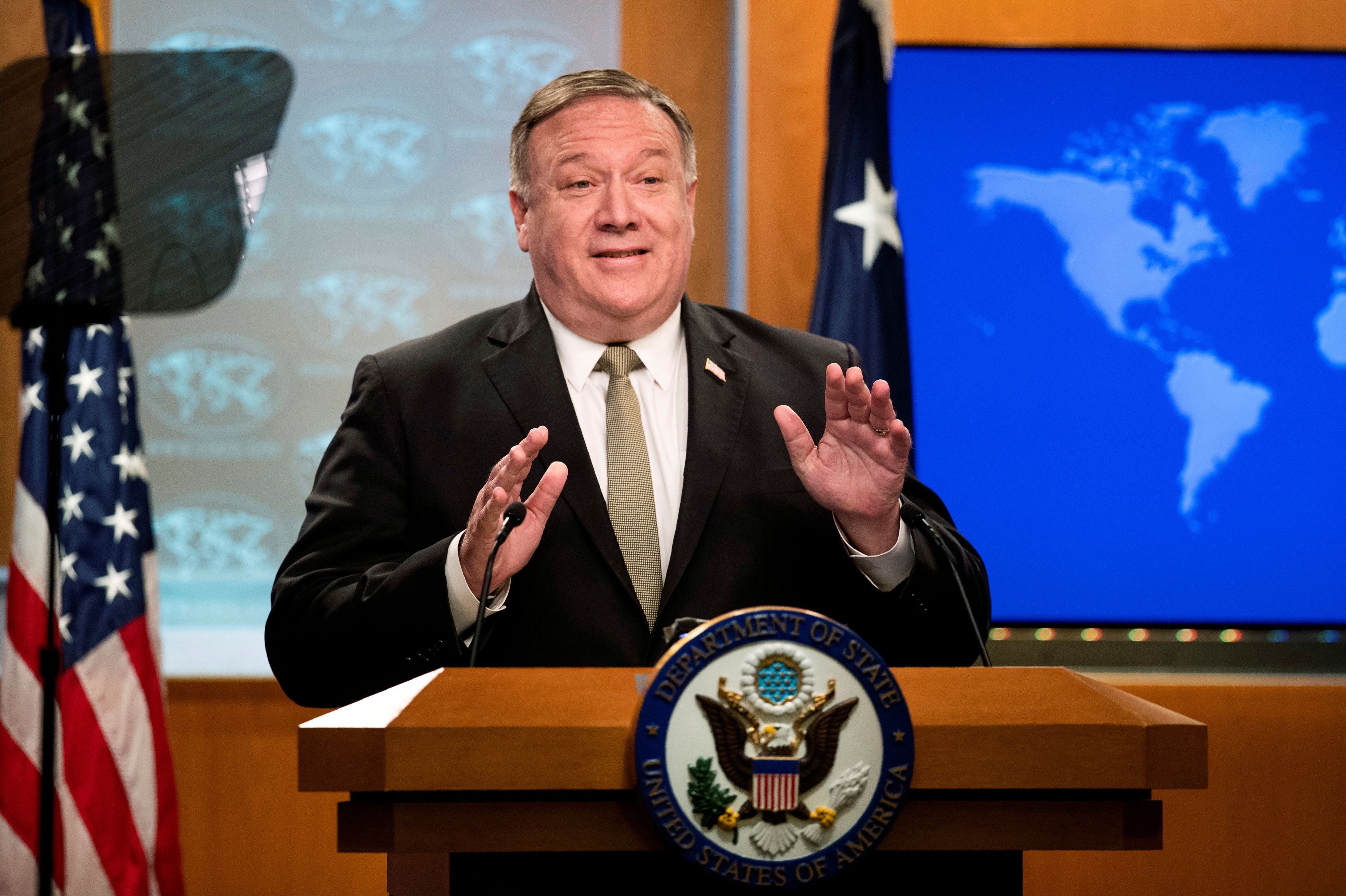 U.S. Secretary of State Mike Pompeo speaks during a news conference at the State Department in Washington, U.S., July 1, 2020.Manuel Balce Ceneta | ReutersShares of Snap soared more than 8% Tuesday after Secretary of State Mike Pompeo said the U.S. was considering banning TikTok, a Chinese-owned social media platform.  “We are taking this very seriously. We are certainly looking at it,” Pompeo said when asked in a Fox News interview Monday whether the U.S. should be looking at banning TikTok and other Chinese social media apps. India announced last week it was banning TikTok, along with dozens of other applications.TikTok, operated by tech giant ByteDance, allows users to create short videos and overlay voices or music and has surged in popularity over the past year. In April, the app surpassed 2 billion downloads, according to Sensor Tower. The banning of TikTok could provide some competitive relief to social media platforms, such as Snapchat and Facebook, Morgan Stanley’s Sales team wrote Tuesday morning. Shares of Facebook were up 2.4% Tuesday afternoon, while Twitter stock rose 3.2%.Subscribe to CNBC on YouTube.

Facebook should be useful for targeting ads, not hate
The U.S. is looking at banning TikTok—Here’s what you should know
To Top
error: Content is protected !!
Top