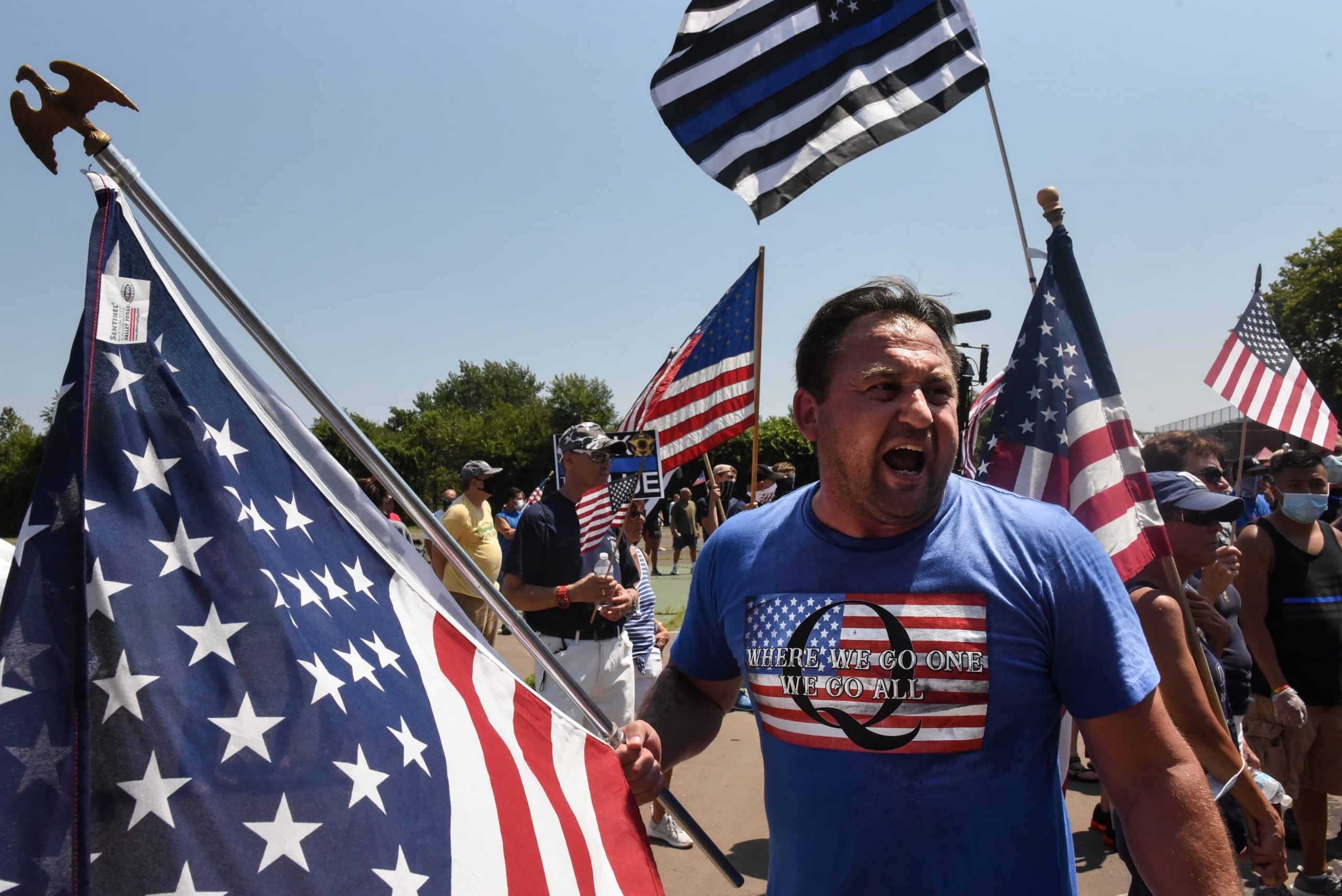 Some QAnon conspiracy theorists, in public and private internet forums and chat rooms, were despondent Wednesday as their prophecy of an Inauguration Day coup to keep Donald Trump in power failed again as President Joe Biden was sworn into office.The situation left some QAnon adherents with no choice but to write off the conspiracy theory entirely, though others continued to maintain that it was still developing.QAnon supporters believed Wednesday’s inauguration was an elaborate trap set by the former president, wherein Democrats would be rounded up and executed while Trump retained power. Various other doomsdays theorized by the QAnon community have also come and gone without incident.Read more from NBC News:Online far-right movements fracture in wake of Capitol riotIncreasingly militant ‘Parler refugees’ and anxious QAnon adherents prep for doomsdayBiden to reverse transgender military ban imminently, White House saysBut unlike those past days, Biden’s inauguration leaves the community with little daylight. As their predictions failed, radicalized QAnon members expressed their betrayal on messaging apps like Telegram and forums named after their failed doomsday scenario, The Great Awakening.While Biden took the oath, one top post on a QAnon forum read: “I don’t think this is supposed to happen” and wondered, “How long does it take the fed to run up the stairs and arrest him?”Other users became immediately dejected, realizing their dreams of a bloody coup were not going to take place.”Anyone else feeling beyond let down?” one top post on a popular QAnon forum read. “It’s like being a kid and seeing the big gift under the tree thinking it is exactly what you want only to open it and realize it was a lump of coal.”One of the largest QAnon groups on Telegram closed comments to let everyone “take a breather,” after Biden’s inauguration. When it reopened after charges of censorship, thousands of users commented, expressing a range of reactions: confusion and realization that QAnon was in fact a hoax, as well as renewed commitment to the conspiracy theory, despite its unreliability.Ron Watkins, the former administrator for the message board and QAnon hub 8kun and a major force behind false conspiracy theories surrounding the election results, seemingly capitulated, posting a note to his more than 100,00 followers: “We gave it our all. Now we need to keep our chins up and go back to our lives as best we are able.”QAnon influencers fled to fringe apps like Telegram and Gab after years of unbridled growth on larger platforms including Twitter and Facebook, which both banned QAnon accounts and content in 2020. Facebook reported Tuesday the removal of some 60,000 pages, groups and accounts that had promoted the conspiracy theory since November.Some QAnon followers spent weeks preparing for a nationwide blackout starting at noon on Inauguration Day, warning friends and family in text chains and Facebook messages to buy CB radios and stock up on food. They believed Trump would announce martial law through the Emergency Broadcasting System before carrying out mass arrests.Travis View, who hosts the conspiracy-debunking podcast QAnon Anonymous, said that those who make money on the conspiracy theory are having a harder time convincing adherents to keep the faith after such a spectacularly failed prediction.”QAnon influencers who have built large audiences over the past three years continue to encourage their audiences to ‘trust the plan,'” View said. “Many rank-and-file QAnon followers are expressing anger and disillusionment.”Some QAnon followers stormed the Capitol on Jan. 6, including a man wearing a QAnon shirt while leading a pack of protesters toward the Senate chamber.In QAnon chats captured by the fact-checking technology company Logically.AI and reviewed by NBC News, QAnon supporters drew hard lines shortly before the inauguration began and felt instantly embarrassed when the coup did not occur.”God help us we’re beyond ready. If nothing happens I will no longer believe in anything,” said one supporter at the beginning of inauguration.”We all just got played,” said another, moments later.Logically.AI researcher Nick Backovic said that while it does appear many QAnon followers are giving up after this last failed prophecy, he has seen white supremacist recruiters “raid” QAnon groups with the explicit goal of recruiting disillusioned and hopeless conspiracy theorists.”There are lots of people feeling shocked, cheated and angry. As scary as that is on its own, it’s the rest I’m most worried about,” Backovic said. “We’re seeing a lot of Neo-Nazis preying on the potentially disenchanted Q people.”In the days after the Capitol riots, white supremacist groups expressly targeted “Parler refugees,” or Trump fans who they believed could be radicalized after the conservative social media platform Parler was at least temporarily shut down and QAnon was banned from Twitter and Facebook.”Focus less on trying to red pill [or recruit] them on WW2 and more on how to make them angrier about the election and the new Democrat regime,” read one white supremacist recruitment message on Telegram. “Heighten their burning hatred of injustice.”Subscribe to CNBC on YouTube.