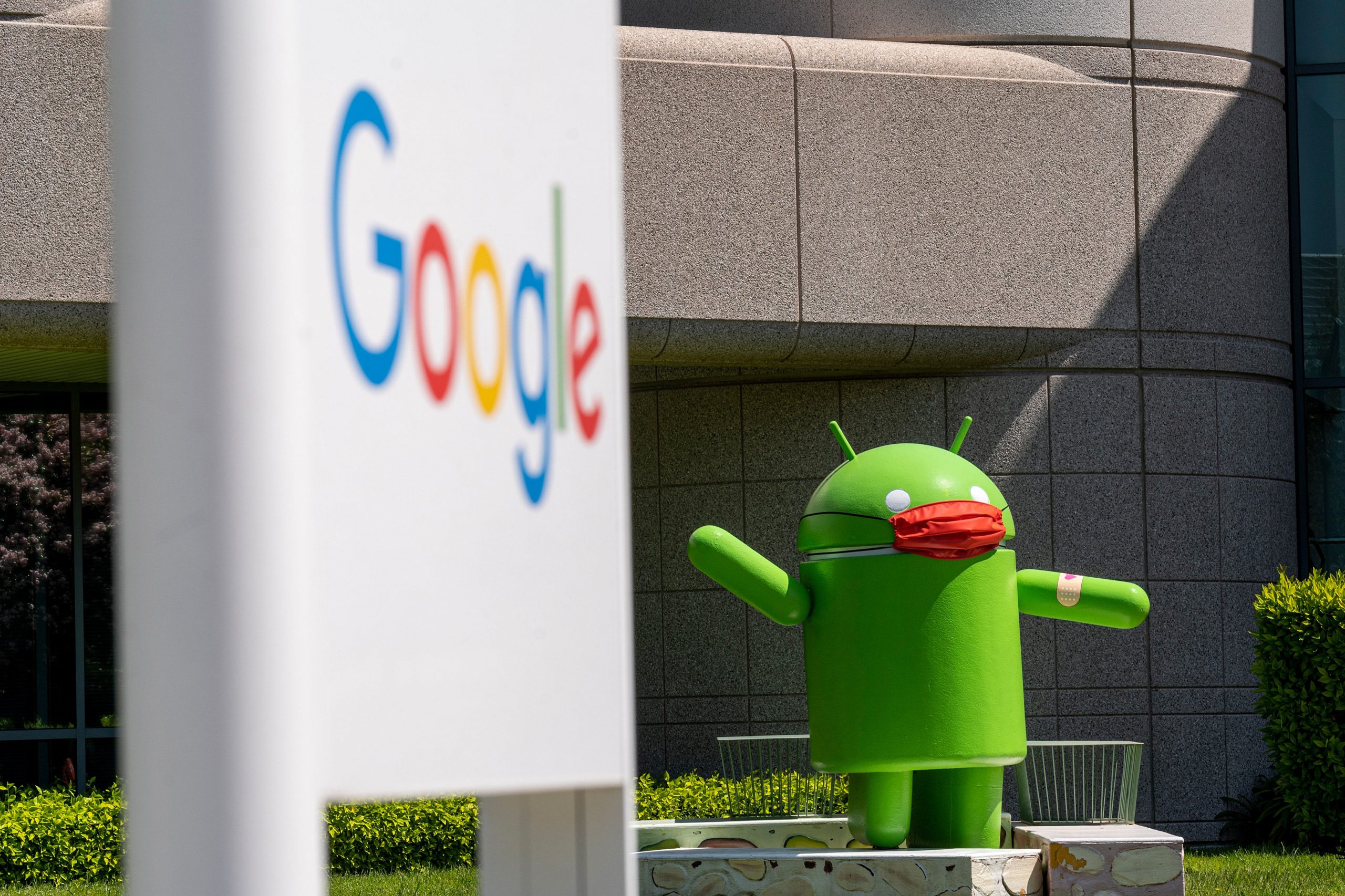 Google announced last week 60% of its workforce will work around three days a week in the office, 20% in new office locations, and 20% from home.David Paul Morris | Bloomberg | Bloomberg | Getty ImagesA group of state attorneys general have again teamed up to file an antitrust lawsuit against Google, this time alleging the company abused its power over app developers through its mobile Play Store on Android.The case marks the fourth antitrust lawsuit lodged against the company by U.S. government enforcers in the past year.By focusing on the Play store, the latest lawsuit touches on an aspect of Google’s business that is most similar to Apple’s. The Apple App Store has become embattled in legal challenges and drawn lawmaker questions over whether it unfairly charges developers for payments through their apps by customers and whether it favors its own apps over rivals’.Attorneys general from 36 states and the District of Columbia, coming from both parties, are listed as plaintiffs in the latest case, which was filed in the Northern District of California on Wednesday. The states include California, Colorado, Iowa, Nebraska, New York and North Carolina.The plaintiffs claim that Google has used anticompetitive tactics to extract a 30% commission from consumers, who purchase subscriptions and digital content on their Android phones. App developers, they say, have no choice but to use Google’s software for distribution, in part because Google has “targeted potentially competing app stores.” Meanwhile, consumers have no options because Android is the only operating system available on many handsets.”Google’s durable monopoly power in the markets for Android app distribution and in-app purchases is not based on competition on the merits,” the complaint says. “These monopolies are maintained through artificial technological and contractual conditions that Google imposes on the Android ecosystem.”Besides the latest antitrust challenge, Google faces an ongoing lawsuit from the Department of Justice and several states alleging it used exclusionary contracts to ensure default status for its apps on devices from manufacturers that used its Android mobile operating system. It also faces a lawsuit from a group of Republican attorneys general focused on its advertising technology business and alleging it entered an anticompetitive agreement with Facebook.The third lawsuit prior to this latest challenge came from a bipartisan group of attorneys general who expanded beyond the DOJ’s allegations of exclusionary contracts. The lawsuit alleged Google limits vertical search providers like Yelp and Tripadvisor from being able to reach consumers by using “discriminatory conduct on its search results page.”This story is developing. Check back for updates.Subscribe to CNBC on YouTube.WATCH: How US antitrust law works, and what it means for Big Tech