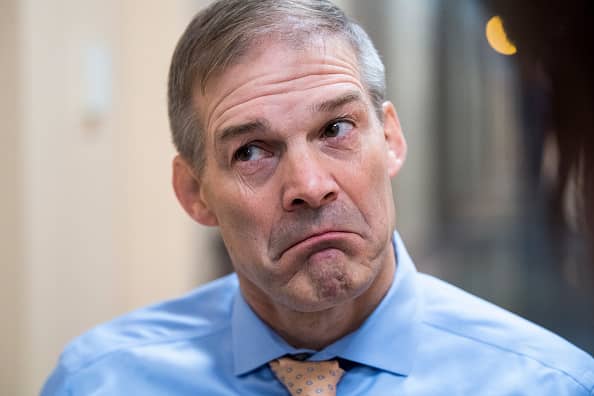 Rep. Jim Jordan, R-Ohio, is seen in the Capitol after House Republicans voted to remove Rep. Liz Cheney, R-Wyo., from the position of House Republican Conference Chair on Wednesday, May 12, 2021.Tom Williams | CQ-Roll Call, Inc. | Getty ImagesHouse Judiciary Committee Republicans, led by ranking member Jim Jordan, R-Ohio, laid out their framework for regulating Big Tech companies on Wednesday.The document is meant as a road map for new legislation aimed at Big Tech power, according to a Republican aide. The proposals, if passed, could have significant impact on large platforms including Amazon, Apple, Facebook and Google.The framework comes just weeks after the committee voted to advance six bipartisan antitrust bills after more than 20 hours of debate. The markup session revealed that members in both parties have doubts about the effectiveness and the potential side effects of the bills. While the bills advanced with bipartisan support, they will not make it to a floor vote anytime soon. Once they do, they could look much different.Any new proposed legislation from Republicans could face an uphill battle, especially if it includes politically touchy issues such as alleged censorship of conservative voices on social media. But it could also reveal areas of overlap between even the most skeptical Republicans on the committee and Democrats pushing for antitrust reform.The Republican agendaThe agenda is broken into three parts: speed, accountability and transparency.The first, speed, is the most likely of the three to gain bipartisan support. For example, one item in this category seems to follow the same line of thought as an existing antitrust bill passed by the committee last month. The bill would give state attorneys general more say over where their antitrust cases can be heard. The Republican agenda released Wednesday calls for empowering state AGs, specifically by giving them the ability to fast-track cases.The agenda more broadly calls for implementing ways to speed up antitrust cases against the Big Tech companies by expediting their consideration by trial courts and allowing for a direct appeal to the Supreme Court. Those proposals could potentially see some bipartisan backing as well, given Democrats’ past complaints that the judicial system lags far behind the ever-changing tech sector.But the proposals laid out under accountability and transparency may be a tougher sell to Democrats. Under those categories, Republicans included reforming tech’s legal liability shield, Section 230, which is under the jurisdiction of a different committee. Although there is bipartisan desire for reforming that law, Democrats and Republicans have remained deeply divided over how to do so since they view the issues with the law quite differently.Republicans suggest giving individuals the ability to “directly challenge Big Tech in court for its censorship and silencing of conservatives,” according to the agenda. They also propose requiring Big Tech companies engaged in content moderation to publicly disclose their decisions to remove posts online.They also suggest consolidating federal antitrust authority within the Department of Justice, instead of the current setup that splits authority between the DOJ and Federal Trade Commission. Democrats have opposed a similar measure in the Senate, saying the FTC’s role as an independent agency is important and more enforcers are better than fewer.Subscribe to CNBC on YouTube.WATCH: How US antitrust law works, and what it means for Big Tech

States bring a new antitrust suit against Google over its mobile app store
Instacart poaches one of the highest-ranking female Facebook executives, Fidji Simo, for CEO
To Top
error: Content is protected !!
Top