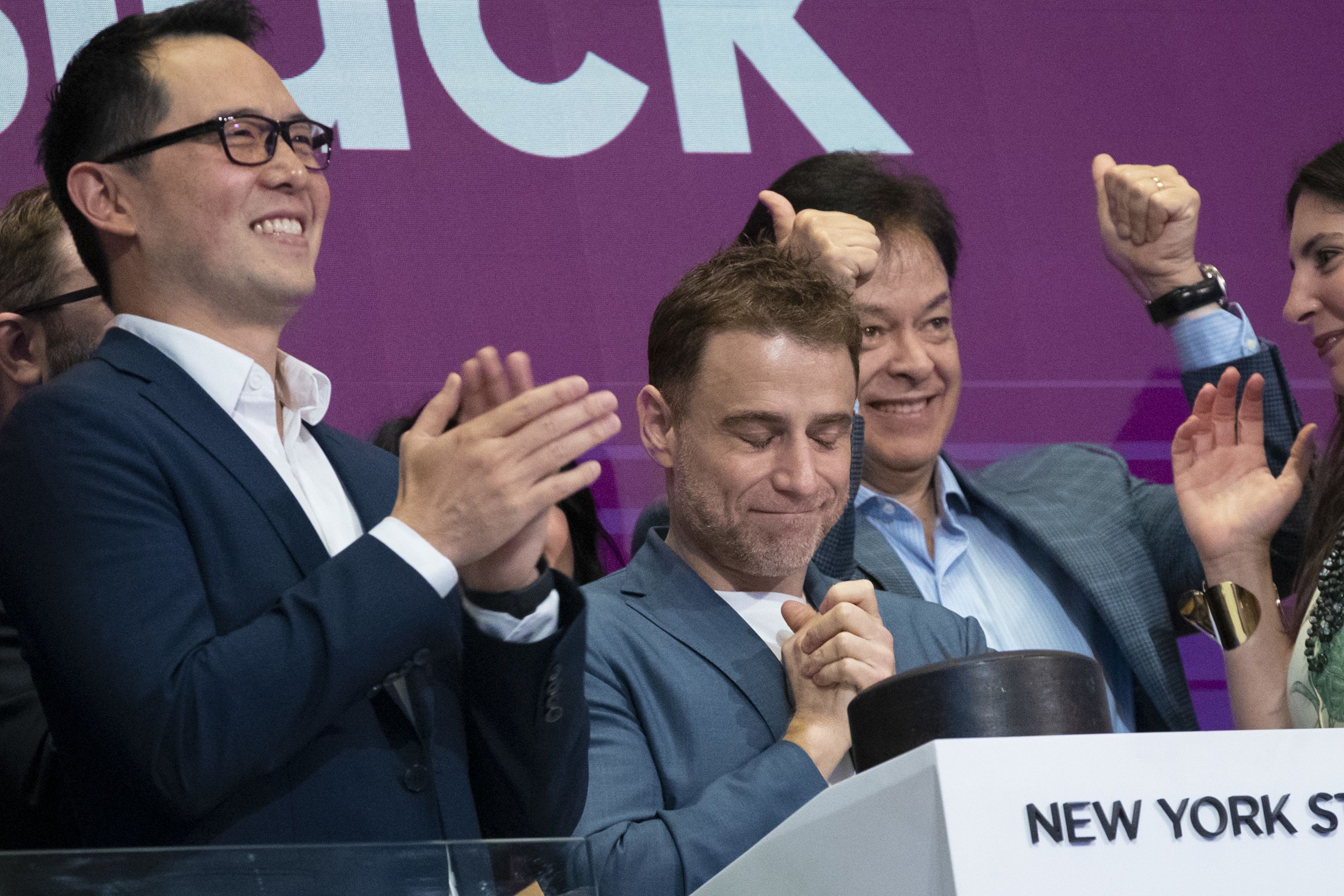 Slack surged more than 60% in its debut Thursday on the New York Stock Exchange in a direct listing rather than an initial public offering.

The stock, under the symbol WORK, opened at $38.50, nearly 50% above the reference price of $26 set by the NYSE on Wednesday night.

The pop puts Slack’s market cap over $20 billion. As of April, Slack was valued at nearly $17 billion on the secondary market, according to Forge Global, which matches private companies and their employees with investors. In its last financing round in 2018, Slack said it raised $427 million, which brought its valuation to $7.1 billion.

Slack is part of a slew of tech companies to go public this year including Uber, Lyft, Zoom, Pinterest, PagerDuty and CrowdStrike. But it is just the second large tech firm to pursue the unusual direct listing route in the past year and a half. Spotify surprised Wall Street with its decision to list directly onto the New York Stock Exchange last year.

In a direct listing, unlike an IPO, banks do not underwrite the offering, and no new shares are sold, so the company does not receive any additional money for operations. It’s simply a way for existing shareholders to get liquidity by registering their shares for sale on the public market. Plus, Slack doesn’t need to raise more money since it already has more than $800 million in cash on hand. Slack said it engaged Goldman Sachs, Morgan Stanley and Allen & Company as financial advisors and several more firms as associate financial advisors to assist it in the process.

While banks typically help determine pricing in an IPO, the NYSE set the reference price for Slack of $26 Wednesday night. The opening price for Slack’s Class A common stock was determined by the buy and sell orders collected by the NYSE from broker-dealers, according to Slack’s prospectus.

Like many tech companies, Slack debuted with a dual-class structure, with Class B shares holding 10 votes per share to consolidate voting power among its top shareholders. According to Slack’s prospectus, Accel is the company’s largest shareholder at 24%, followed by Andreessen Horowitz with a 13.3% stake and Social Capital at 10.2%. Slack CEO Stewart Butterfield owns an 8.6% stake and SoftBank holds 7.3%.

In an interview with CNBC’s Andrew Ross Sorkin ahead of the stock’s debut, Butterfield said Slack’s success foreshadows a change to email as we know it. Conventional email will be phased out in five to seven years, he said.

“Everyone will choose this,” Butterfield said of Slack, which provides a platform for public and private messaging channels.

Slack reported a net loss of $138.9 million on revenue of $400.55 million for the year ended Jan. 31. As of Jan. 31, Slack said it had over 10 million daily active users and saw its number of paid customers increase 49% year over year. Slack also has seen large growth among its highest-paying customers, those who pay over over $100,000 based on annual recurring revenue. The number of customers in that group was up 93% year over year compared with fiscal 2018, according to the prospectus.

WATCH: Slack tips and tricks to make you a messaging guru