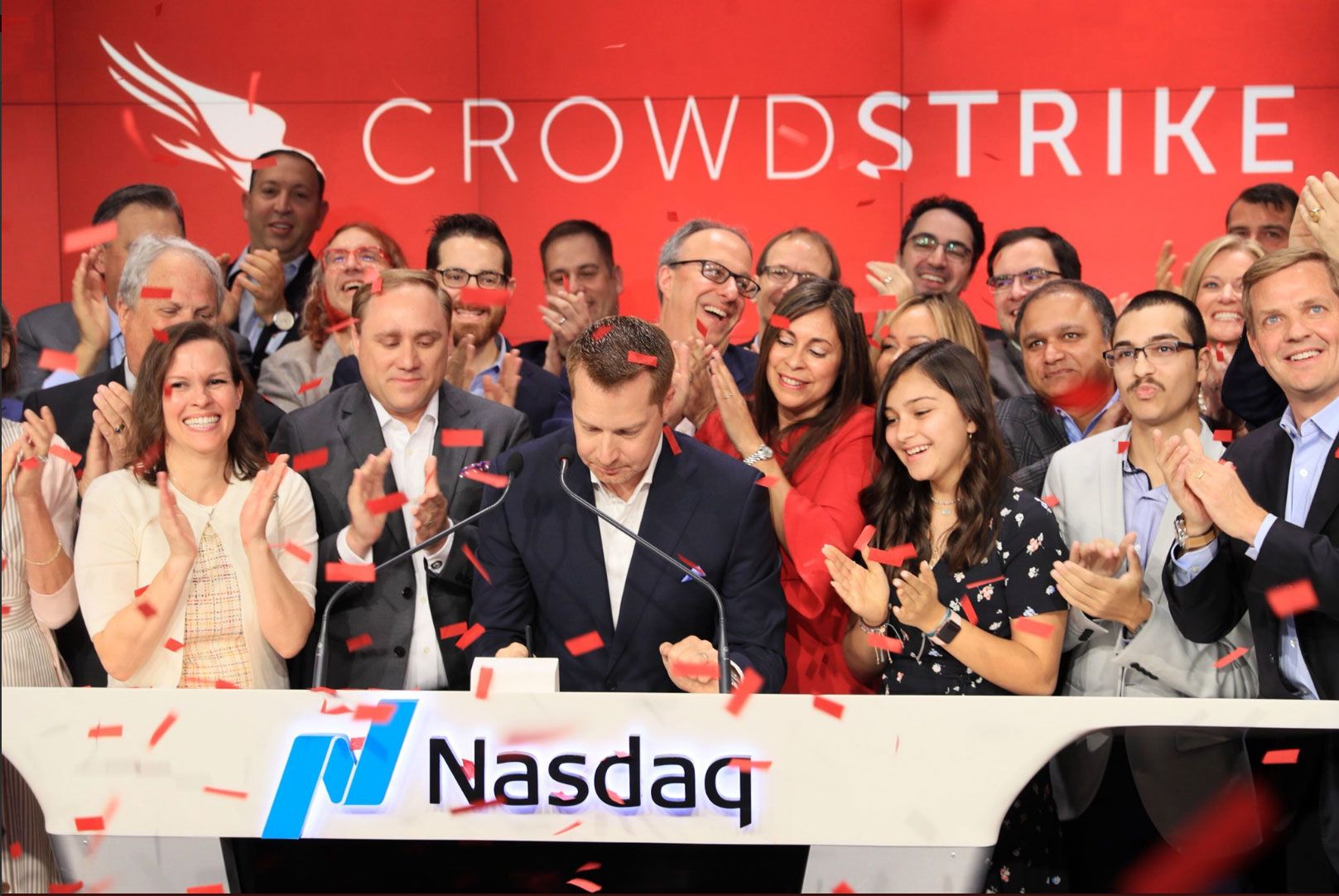 CrowdStrike rocketed as much as 97% in its first day of trading on the public market on Wednesday. The security software vendor opened trading at $63.50 after it priced its IPO at $34 a share, above the high end of its expected range of $28 to $30 per share.

The stock settled to a pop of more than 73%, pushing its market cap over $11 billion, nearly quadruple the valuation from its last private round in June 2018. The company is worth about as much as 37-year-old security software provider Symantec despite having about 5% as much revenue.

CrowdStrike, trading on the Nasdaq under ticker symbol “CRWD,” joins a rapidly growing 2019 IPO class, which already includes Uber, Lyft and Pinterest. In the business software market, CrowdStrike follows the debuts of Zoom and PagerDuty and comes just a head of Slack’s direct listing.

With the first-day surge, CrowdStrike CEO George Kurtz is a billionaire, and the company’s early backers are notching huge returns. Warburg Pincus owns a stake worth over $3 billion. Accel’s stake is valued at over $2 billion, and Alphabet’s CapitalG controls shares worth over $1 billion.

CrowdStrike, whose cloud-based technology is used to detect and prevent breaches, recorded a net loss of $140 million for the year ended Jan. 31, while revenue more than doubled to $249.8 million, according to the company’s prospectus.

In an interview following the debut, Kurtz told CNBC’s “Squawk Alley ” he thinks his company stands out from other security stocks because it’s been built up using cloud technology.

“There’s been no Salesforce of security, ” Kurtz said. “And we think we’ve taken the right approach and created the right architecture to be that fourth pillar of cloud computing.”

Kurtz addressed CrowdStrike’s marketing spend, which like many emerging enterprise-focused businesses, is fairly high. Sales and marketing spend increased 66% last year to $172.7 million, according to the company’s prospectus. But Kurtz said he feels confident CrowdStrike is spending efficiently.

“Security, and in our particular area, it’s really a greenfield opportunity,” he said. “There’s a lot of frustration with the incumbent vendors. So our sales and marketing spend has really been focused on capturing market share and delivering our solution into geographies that we haven’t been in and into verticals that we didn’t have the penetration when we first started the company. So we feel comfortable with the unit economics and we feel comfortable with the marketing spend given where we are as a company.”

CrowdStrike was founded in 2011 and launched its first end-point security product two years later. The Sunnyvale, California-based company counts Credit Suisse, Tribune Media and Amazon Web Services among its customers. CrowdStrike may be best known for its role in investigating a 2016 breach of the Democratic National Committee’s servers.

Facebook tool helps you donate blood, here’s how to use it
Big Tech is in a ‘serious monopoly moment’
To Top
error: Content is protected !!
Top