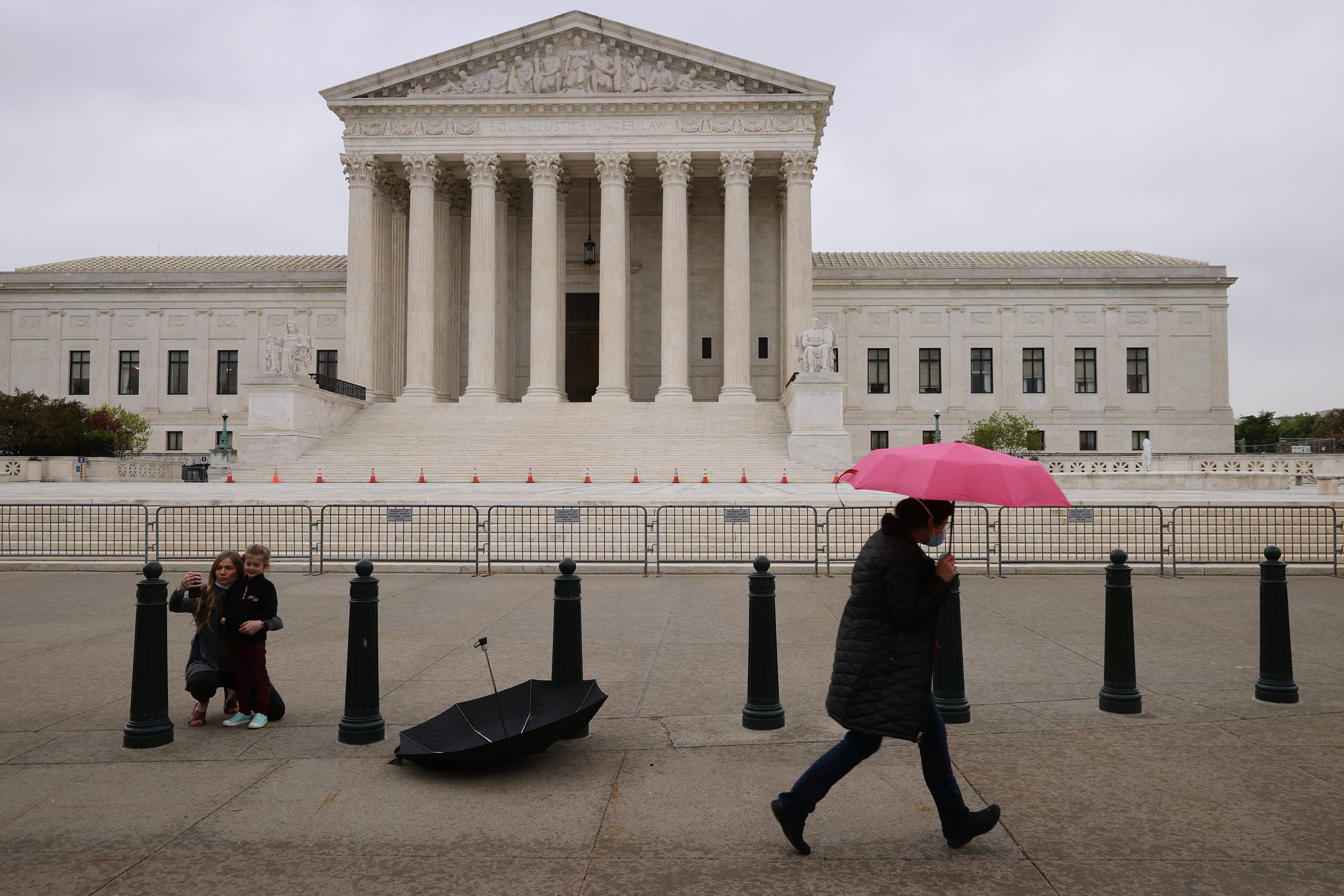 Justices of the United States Supreme Court will meet via teleconference and not at the court building on April 19, 2021 in Washington, DC.Chip Somodevilla | Getty ImagesThe Supreme Court issued a ruling Thursday that will significantly limit the Federal Trade Commission’s ability to extract monetary relief for consumers when companies are found to use deceptive practices.In a unanimous opinion delivered by Justice Stephen Breyer, the court said that Section 13(b) of the FTC Act does not authorize the agency to seek monetary relief for violations of the law, as it has commonly been used. The court noted that 13(b) doesn’t explicitly authorize the agency to obtain such a remedy, but instead allows the FTC to seek “a permanent injunction” pending administrative proceedings.”It is highly unlikely that Congress, without mentioning the matter, would grant the Commission authority to circumvent its traditional §5 administrative proceedings,” Breyer wrote. Given that Congress later enacted a law that authorizes the agency to seek monetary relief, the court said it did not believe Congress would have done so if 13(b) already granted that authority.The decision will significantly hamper the FTC’s ability to return money to consumers duped by deceptive business practices, as the four sitting commissioners testified to Congress on Tuesday. The two Democrats and two Republicans all advocated for a legislative fix should the Supreme Court rule against its authority to grant monetary relief under Section 13(b), though Republican Commissioner Noah Phillips suggested a more narrow approach focused on restitution rather than additional repayment for ill-gotten gains. The House Energy and Commerce Committee had already slated a hearing for next week to discuss legislative fixes to reaffirm the FTC’s power to provide redress to consumers.The ruling could have far-reaching impacts in cases where the FTC has invoked Section 13(b). Facebook, for example, argued in its motion to dismiss the FTC’s ongoing antitrust lawsuit that it lacks statutory authority under 13(b). While the issue isn’t directly about monetary relief, Facebook argued the FTC should not be able to claim authority under that law to remedy past conduct, since it only allows the FTC to stop ongoing or imminent legal violations.A spokesperson for the FTC declined to comment on how the ruling could impact that case.But the agency’s two Democratic commissioners slammed the ruling in statements on Thursday.”In AMG Capital, the Supreme Court ruled in favor of scam artists and dishonest corporations, leaving average Americans to pay for illegal behavior,” Acting Chairwoman Rebecca Kelly Slaughter said in a statement on Thursday. “With this ruling, the Court has deprived the FTC of the strongest tool we had to help consumers when they need it most. We urge Congress to act swiftly to restore and strengthen the powers of the agency so we can make wronged consumers whole.”Slaughter said the agency has used the law to grant billions of dollars in relief for consumers over the past four decades, and it has been particularly useful in taking action against scams related to the Covid pandemic.Fellow Democratic Commissioner Rohit Chopra suggested the agency deploy a different authority that he said could be used to sanction bad actors.The case at hand involved a payday loan scheme, for which the court ruled in favor of the FTC, ordering the defendant to pay $1.3 billion in monetary relief. The defendant argued that the FTC lacked the authority to seek such a remedy, ultimately leading to Thursday’s decision.Subscribe to CNBC on YouTube.WATCH: Big Tech may face even more scrutiny for antitrust and monopoly in 2021—Here’s why